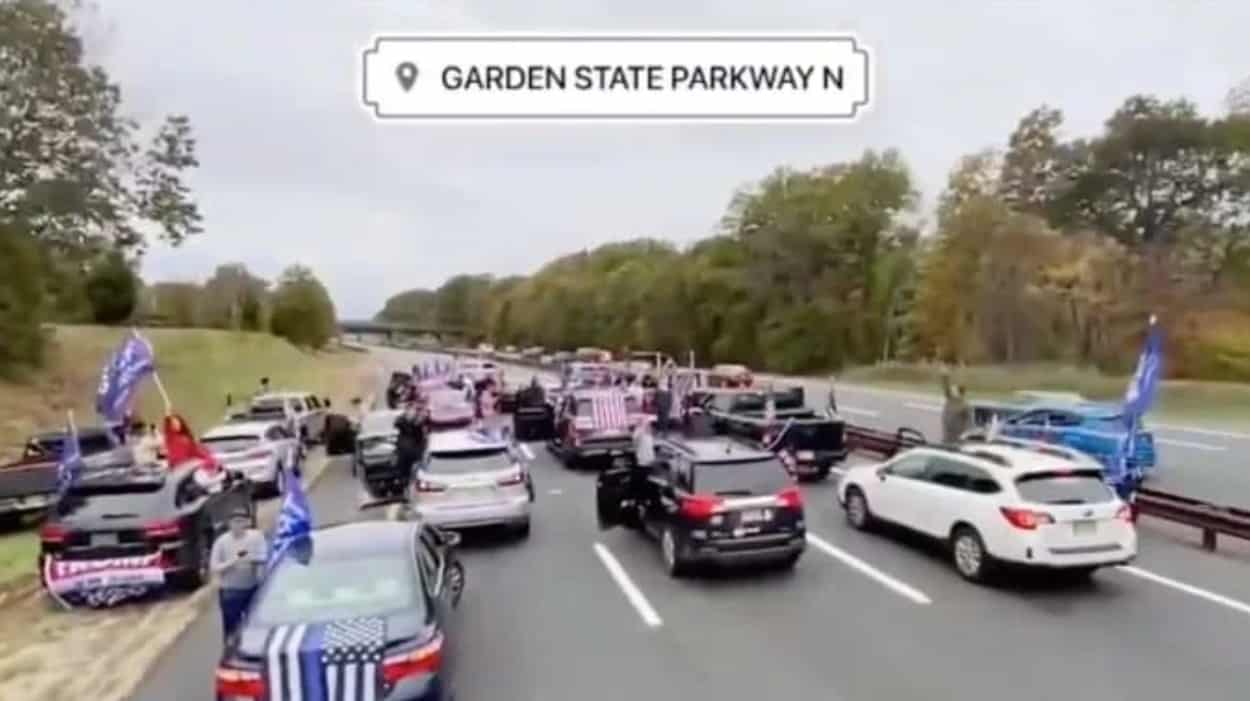 VT: Trump has claimed victory in the election already and has set in motion terrorist groups blocking highways, attacking government officials and overthrowing the Constitution.

We know the FBI is investigating, as domestic terrorists, the Trump organizations that are under direct control via public statements and twitter…control that constitutes treason.

Trump should be sitting out the election from a jail cell while many of his followers should be evading arrest.

That said, we return to our regularly scheduled Sunday night programming:

VT spent months investigating Biden and his family. I went to friends in Washington and asked what people had on him, people who knew him for decades but are good friends of mine as well.

Nobody said he was god but no one had anything. Many had heard the smears out of Israel, after Obama and Biden smacked down Netanyahu for illegal settlements on the West Bank.

Millions of Adelson cash went to pay off people going after Obama and Biden and yet nothing stuck. Even Russian intel went after them and still is, with Sputnik, RT and other Russian outlets fabricating crap on a daily basis.

When FBI investigators came to me for background, I tried to argue with them on this, explaining that the Russians weren’t that stupid.

I now have to apologize to the fucking FBI. Humiliating. We continue:

The Duffs make stuff and have for centuries, wine from Portugal for sale to England and Scotland and, here in the US, sausage. Wine began in the 1500s, Scotch Whisky in the 1600s and sausage in the early 1800s.

Let’s talk sausage. George Duff opened a meat market and eventually the Detroit Sausage Company (Hygrade) in the 1830s. Detroit is the home of immigrants that Britain didn’t care for, French, Scottish and then German, Polish and Hungarian.

Sausage was a way of life and sausage, a mystery product, requires rules. French will put anything in sausage, potatoes, millet, barley….they don’t care. Germans and Scots are ‘skeletal meat’ folks, nothing else. This was the family tradition and Michigan grew up with strong food laws, ending fake milk made with chalk or odd meats that Sinclair Lewis wrote about.

The real center of the Coney Island world wasn’t Coney Island or Chicago but Detroit. Two of the early Coney Island restaurants still exist next to each other on Lafayette Blvd in Downtown Detroit. A regular stop for me since the Truman years and for my dad since Taft was in the White House was Lafayette Coney Island. The order, “one of each, chili fries and a root beer.” The root beer was Hires, the dogs came from Warren Sausage Company. Buns came from the Pure Food Bakery on Michigan Ave.

This was then as it is now a celeb hangout, its famous downstairs bathroom an adventure in itself, like entering a submarine.

You can still get ‘real deal’ food there but not at stores in Michigan. The GOP killed that, made Michigan’s food laws, closely akin to Germany’s beer laws, illegal. Sausage became filler, snouts and “squeak.”  Milk was watered down, still is, in fact everything that could be adulterated is and laws protect those who sell fake food at rigged prices.

Then Michigan stopped testing water, and we all know how that turned out. Then air.

Then the utility companies bought the GOP, I saw that personally. Phone bills doubled, then tripled and when mobile phones came along, years of 60 cent a minute airtime.

Consumers Power ripped the state for billions for a fake nuclear plant meltdown while paying the GOP millions in kickbacks, I watched some of the checks being delivered.

What stood against this corruption, road construction, prisons, state parks sold off, massive pollution, was the AFLCIO and UAW. But they largely disappeared when the GOP deindustrialized the US.

For residents of West Michigan, death came from Amway Corporation, the DeVos family, that poured poison into the Grand River and straight into the water supplies of dozens of cities as part of the effluent from their ‘mile long’ mouthwash and toothpaste plant in Ada.

“Freedom of Speech” to the GOP involved heavy metals and cyanide poured into the water table of half the state from industries that found it cheaper to buy a political party than obey laws.

Then things got worse, much worse.

Most of America is sick, worried, pure panic. Those who back Trump see him far behind in the polls, watch him order thugs to attack Biden’s campaign or to storm the polls. They watch their religious leaders, such as in Holland, Michigan tell them Biden is pure evil.

For real Americans, some who call themselves Democrats, others who simply walk away from racism and ignorance, they see the MEGA/MAGA Kosher Nostra billionaires and their bought judges and crooked police.

Worse still, much worse, is the press, all of it. It isn’t just fake Glen Greenwald, the closet Zionist who fed us Snowden’s chickenfeed. It’s all of them

Even those who supposedly hate Trump. It’s all of them, entire careers of promoting press releases or passing on fake everything. Trump promises, early on, he would open up 9/11.

As Trump is a big VT follower, despite the fact we trash his ass, he knows Israel’s role, Giuliani’s role, how a cabal of greedy Americans backed by MEGA billionaires, most Israeli citizens and backed by Saudi cash, mob cash from Canada and South Africa, bought nukes and took down America.

All the while the facts, published on VT nearly 7 years ago are not just ignored, but foreign intelligence agencies and their front organizations claiming to be architects and engineers, “truthers” are busy backing up the perpetrators and MSM.

We are going through the same thing with the BBC and their new White Helmets documentary. Even the Russians, who took 40 White Helmets to the ICC to confess to terrorism, are now afraid to speak up since they became Trump/Kosher Nostra loyalists.

Then we have the real problem, America’s totally broken police.

What’s the new song?  Whatcha gonna do when they come for you?

But it’s the police who are the ‘bad boys’ and everyone here and around the world knows it, that America’s police are controlled from within by supremacist militias peddling worn out Nazi politics.

Then what do we do with those around us who are fully complicit?

Not every American is going to have strong personal relationships inside the black and Hispanic communities. Not everyone will have Jews in their family or Islamic friends over for holidays, or all of the above over for holidays.

To that extent I consider myself lucky.

Sometimes racism has to be beaten out of us all, as though it is a disease we are born with or at least that’s a good excuse.

VT took a long look at Obama when he came on the scene. We looked into Wayne Madsen, who had been a star among investigative journalists and found his hit piece on Obama to be fabricated. We then began looking at Madsen and found much of his work had fallen totally apart.

Madsen has great sources, the best of which came to us when Madsen, who had been given FBI files on 9/11, failed to publish them. We don’t blame Madsen, but we are curious. We expect useless crap out of Glen Greenwald and the army of “made for prime time” fake liberal saviors sent to us by the Mossad.

Then they broke into our own ranks this year, at least 10 VT authors tried to publish GOP “talking points” on VT, meaning they were getting fat checks for trying to use our 2 million plus base.