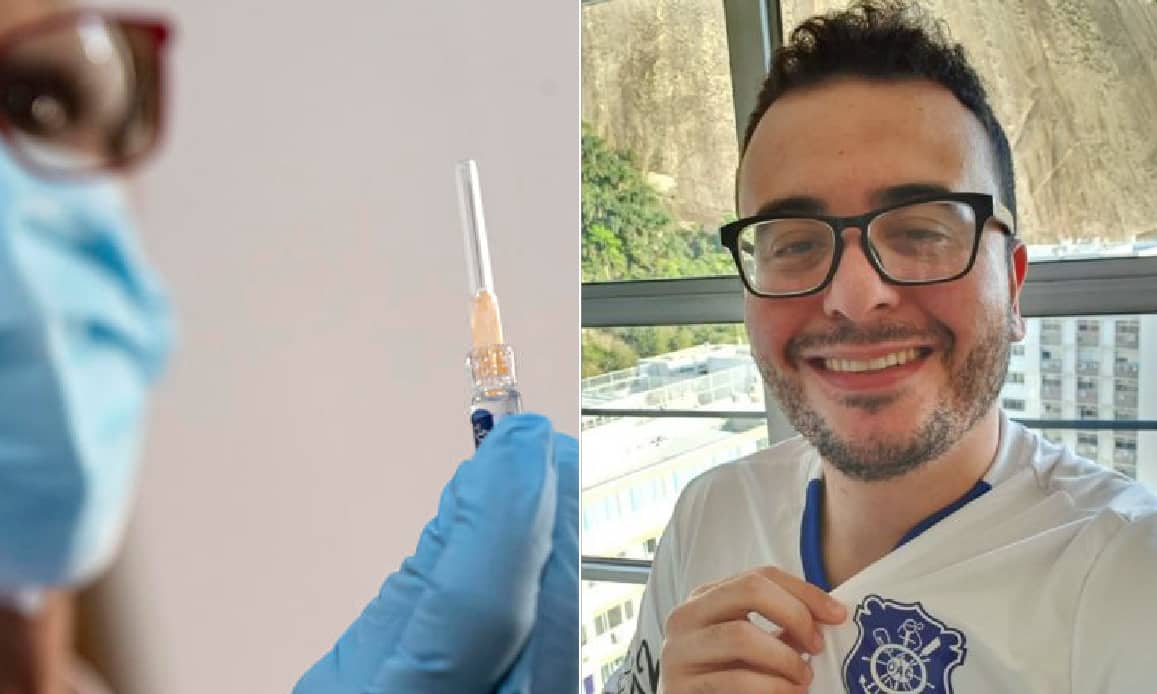 «The newly graduated doctor, João Pedro R. Feitosa, 28, who volunteered to test the Oxford Coronavirus vaccine, died from complications of the disease. However, it was not disclosed whether he received the vaccine or the placebo. The health professional is a graduate of the Federal University of Rio de Janeiro (UFRJ). The case was unveiled on Wednesday (21 October) by the newspaper O Globo».

In the Diario do Rio de Janeiro, the terrible news of the first death occurred in phase 3 of the Trials on the drug developed by AstraZeneca, of which the trial in the UK had been temporarily suspended in September due to serious adverse reactions in two human guinea-pigs, one of whom developed a neurological disorder in her spinal cord that could leave her paralyzed for life.

According to Italian press agency Ansa, which also cites Bloomberg, the 28-year-old would not have received the dose of the clinical test. However, the conditionals are a must because the bond of secrecy has fallen on clinical tests and the death of the young doctor despite the fact that the Anglo-Swedish multinational, well established in the USA, has been involved in more than one lawsuit in the past for fraud to the system health care, as highlighted in a previous Gospa News invetigations.

“In connection with the death of the volunteer for the Oxford vaccine test, Anvisa was formally informed of this fact on October 19, 2020. The data relating to the inquiry conducted by the Comitê Internacional de Avaliação de Segurança (International Safety Assessment Committee) are been shared with the Agency”. Agência Nacional de Vigilância Sanitária officially communicated as reported by the Brazilian media.

“It is important to note that, based on the ethical confidentiality commitments under the protocol, the regulatory agencies involved receive partial data regarding the investigation carried out by that committee, which suggested continuing the study. Therefore, the process remains under evaluation – he added – Therefore, Anvisa reiterates that, according to national and international regulations on Good Clinical Practice, data on clinical research volunteers must be kept confidential, in compliance with the principles of confidentiality, dignity human resources and protection of the participants “.

“Anvisa undertakes to respect these regulations, in order to guarantee the privacy of the volunteers and also the reliability of the country for carrying out studies of this importance. The Agency has fulfilled and will fulfill its institutional mission of protecting the health of the Brazilian population”.

The stakes for Brazil are too high to allow a mysterious “accident” to stop the vaccine validation gear given that SARS-Cov-2 has so far killed in this South American country more than 155,000 against more than 5 million infected.

“The Ministry of Health foresees the disbursement of 1.9 billion R $ (Brazilian Real) for the AstraZeneca / Oxford project and plans to offer 100 million doses in the first half of next year, if studies confirm its effectiveness and safety. In addition, it plans to produce another 165 million doses in Brazil in the second half” writes the Diario do Rio which gives ample space to the reassurances also received from the local partners of the experiment.

Therefore it is useless to expect clarification on the hypotheses that can be ventured on the death of the young doctor: a complication from Covid-19, injected into healthy subjects to test the reaction with the vaccine, or an adverse reaction deriving from the drug itself.

According to the D’Or Research and Teaching Institute (IDOR), responsible for testing in Rio de Janeiro, about 8,000 volunteers have been vaccinated in the country to date. In a statement, IDOR said it could not confirm the participation of any volunteers in the clinical trial with the Oxford Vaccine. However, the institution says that, given the data collected in tests around the world, there is no doubt about the safety of the vaccine.

“We would like to inform you that, after the inclusion of more than 20,000 test participants worldwide, all medical conditions registered have been carefully evaluated by the independent safety committee, investigative teams and local and international regulatory authorities. It is worth remembering that this is a randomized, blinded study in which 50% of the volunteers receive the immunizer manufactured by Oxford ”.

The death of Joao Pedro Feitosa aroused deep emotion in the Federal University of Rio de Janeiro where he had been a student of the principal Denise Pires de Carvalho.

“The Rectorate of the UFRJ – together with the entire university community – offers sincere condolences to the family and friends of our former student in the midst of this moment of sadness that took the life of João, who had just graduated and did not spare efforts to act in tackling the COVID-19 pandemic, which has accumulated over 40 million cases around the world ”.

On the same day that international agencies communicate this mysterious death, which is added to the two cases of the British with serious adverse reactions, by a curious coincidence the president of the biotechnology company IRBM of Pomezia Terme (Italy, nera Rome), the former lobbyist and television producer Piero di Lorenzo, trusted by the governor of Lazio Nicola Zingaretti, major financier of the research center, announces the imminent arrival of the Oxford-AstraZeneca vaccine in Italy at the beginning of December which will be destined for the most at-risk groups of the population such as the elderly of the nursing health home.

As Ansa recalls, the availability of the first doses by December, already announced in recent days by the Prime Minister Giuseppe Conte, was thus confirmed by Di Lorenzo “if no sudden problems arise – he said during an interview granted to the Financial Lounge website – it is reasonable to think that the clinical trial phase could be completed by the end of November or early December “. Italy could receive 2-3 million doses to be initially distributed among health workers, law enforcement and hospices guests.

“After phase 3 – he continued – the ball goes to EMA (the European Medicines Agency, ed) for possible validation”, which normally takes up to 12 months. “But these are not normal times” explains Di Lorenzo, who recalls how the validation procedure has already begun.

It is another mystery to understand how this authorization process could have begun given that the British-Swedish pharmaceutical multinational is still conducting a third trial phase of its Covid-19 vaccine in collaboration with Oxford in Brazil, United Kingdom, India and South Africa.

Last March Advent srl, owned by Irbm di Pomezia and by Reithera, began collaborating with British partners, including AstraZeneca and Jenner Institute of Oxford University, for the development of a vaccine for the new coronavirus, initially planned for September 2020 In the summer, the EU Commission signed an advance purchase agreement for 400 million doses of the Oxford vaccine to be distributed among member states.

As highlighted by Gospa News, Reithera, now owned by the Swiss company Keires AG, an “anonymous company” in Basel whose shareholders, according to Swiss law, can remain hidden, had been bought when it was called Okairos by the multinational GlaxoSmithKline (the one that supplies the 10 vaccines made mandatory in school age by the Lorenzin Decree of the Gentiloni-PD Italian government) in the usual vortex of intrigues between Big Pharma vaccines and the political-health projects of the Democratic Party, of which Zingaretti is national secretary meanwhile is promoter of the IRBM through two tranches of funding from the Lazio Region, launched well before the pandemic.

As if the Italian Dem leader had the same prophetic gifts as Bill Gates, donors of the American Dems, forerunner of the Coronavirus pandemic in 2015, promoter of the global immunization project GAVI (Global Alliance for Vaccine Immunization)?  But Gates was also financier of the dangerous experiments on the virus SARS 1 infected with HIV started in the biosecurity laboratory 4 of the Wuhan Institute of Virology in 2004 thanks to funding from the European Commission chaired by Romano Prodi, who later became premier thanks to the Democratic Party!

Why be surprised if after 16 years the vaccination plan in Italy will therefore be “labeled” PD? Robert F. Kenney junior, a human rights lawyer who fights for safe vaccines, claims that this pandemic has been planned by Bill Gates for decades …