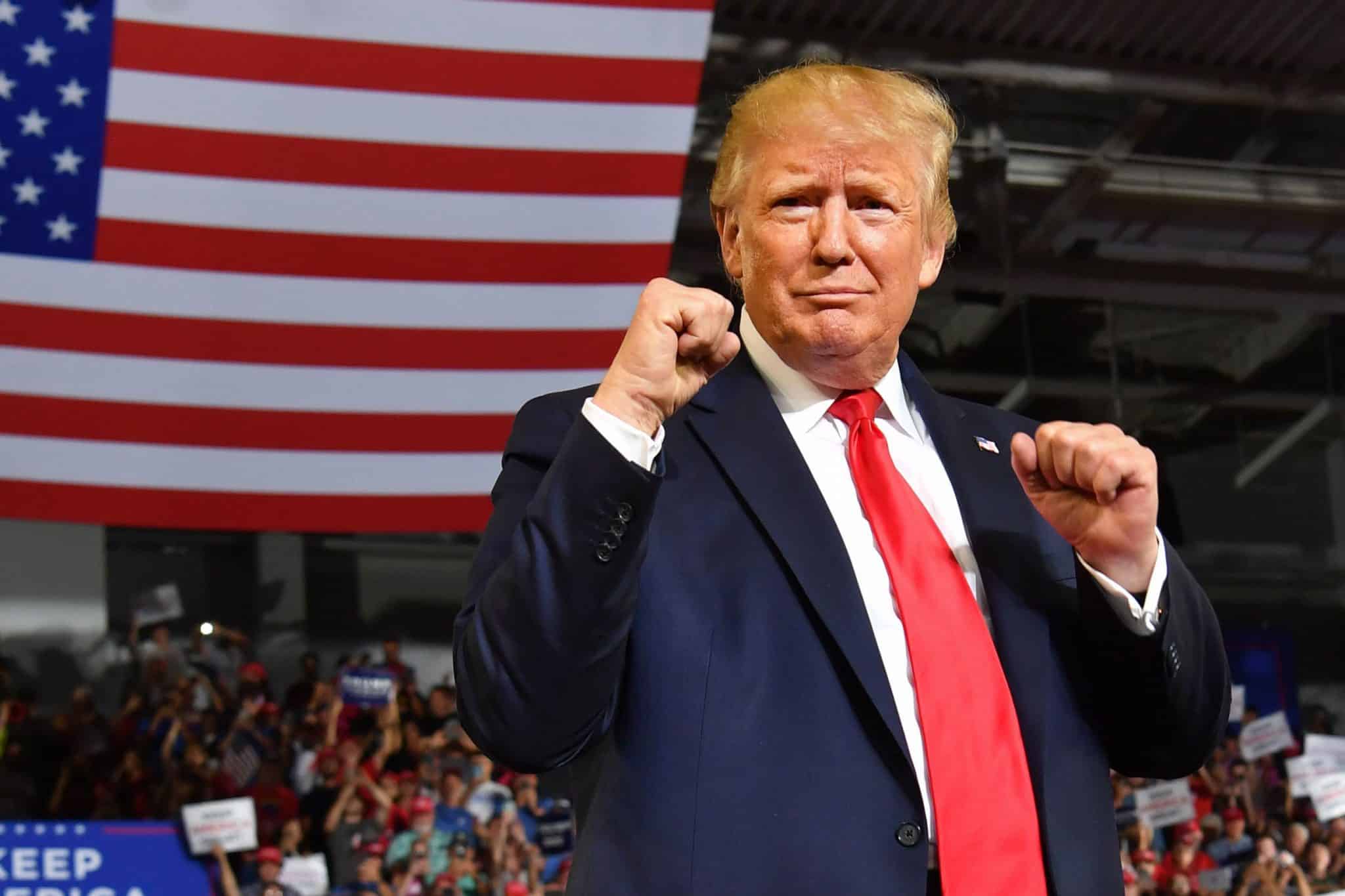 Looks to me like the President is winning this at a canter. My prediction is a landslide win, with more than 350 Electoral College votes. Forget the polls, except that is for the excellent Trafalgar Group, which this weekend is reporting a 2.5% lead for the President. That reporting about the CIA bribing pollsters to create a lead for Joe ‘Chinese’ Biden looks to be on the money. Peking are in such a panic that there’s talk of them invading Taiwan.

I don’t think that Peking are serious about invading Taiwan. The Chinese have never actually mounted a major amphibious assault, the PLA hasn’t been in large-scale combat since the Korean War and the PLA/Navy is nowhere near ready to take on the US Pacific Fleet. If they did invade there would be a short, conventional war, which the Bad Guys would lose, followed by the disbanding of the Chinese Communist Party, a party even more evil than the Democrats, no offense intended, even if they don’t order pizzas in the same quantity.

All the same, if I were Taipei I’d be keeping a close eye on developments across the straits. If I were CNO I’d be looking to sortie some assets in the general direction of China. They could always say that they were on their way to pick up some Peking Duck.

There is no point new readers writing in and saying that some of my distinguished VT colleagues are not quite as strongly in support of the President as I am. There’s no censorship here at VT – we do serious online journalism. We’re not the New York Times!

Half-crazed mainstream journos, if that is not a tautology with respect, are pushing the polls, but with the exception of Trafalgar they’re a nonsense. Quite aside from the CIA pushing money in their direction to distort their numbers in favour of Biden, the mainstream pollsters are ignoring the rural vote and failing to allow for the shy conservative voter factor. I stand by my estimate that the polls are out by around 10%.

I expect the President to win Florida, Michigan, North Carolina, Ohio and Pennsylvania. The riots in Philadelphia following the shooting by police of Walter Wallace Jnr have scarcely helped the Democrat cause.

So far as the shooting is concerned, if someone is having a mental health crisis you need to intervene before they start advancing on police officers waving a knife. Fourteen shots seems a bit high for Pennsylvania, with every respect to the officers, although it would be about right for Texas. 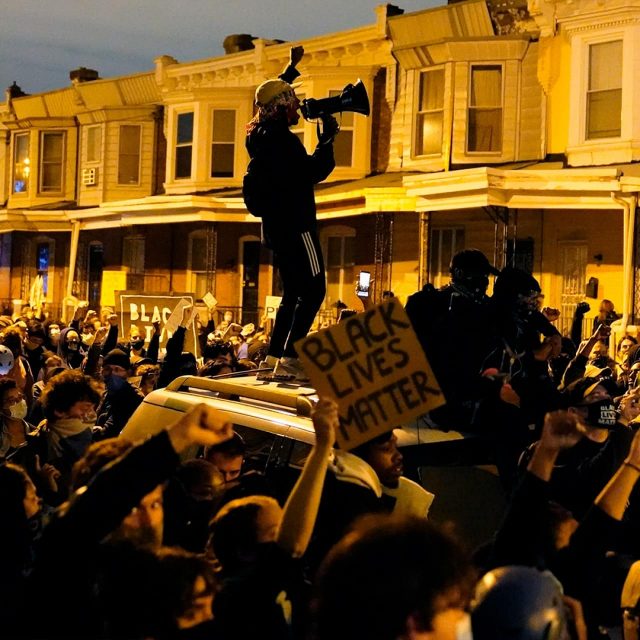 However I can’t see a jury bringing in a murder or manslaughter verdict. It may even have been a case of suicide by cop – mentally disturbed individual arms himself with a knife, advances towards police officers, is told to drop the knife but doesn’t and keeps advancing. It doesn’t justify looting a Walmart, indeed nothing justifies looting a Walmart. (I like Walmart!)

To their credit Fox News, famous for their fair and balanced coverage, have been willing to cover the Biden/Ukraine scandal. The attempt by the MSM to kill the story has failed.

Biden and Harris have run a lacklustre campaign. Sleepy Joe in particular has looked tired and sounded depressed. The President, on the other hand, has been running around like the Energizer Bunny and looking just as cuddly. It’s noticeable that the crowds at the President’s events have been much more enthusiastic than the crowds at Joe Biden’s events. I haven’t seen much evidence of crowds at Kamala Harris’s events.

I sense that the penny is slowly beginning to drop this weekend with the MSM. Sky News, who are backing Biden, have been sounding the first note of caution.

For Joe Biden’s benefit, with respect, his opponent’s name isn’t George. I know that President Trump will go down in history as a great President, in the mould of Ronald Reagan, but he’s no George Washington!

I’m not sure that the Islamo-fascist element in France are getting the point, frankly. Less than two weeks after the shameful beheading of courageous teacher Samuel Paty another Islamic nutter, Brahim Issaoui decided to go out and stab a verger, Vincent Loquès, to death at Notre Dame church in Nice. Then we have a Greek Orthodox priest, Father Nikolaos Kakavelaki, being shot with a sawn-off shotgun in Lyon.

The latest attempted murder is being billed as a feud, as though it’s usual to have Greek Orthodox priests shooting each other. That’s more like the Methodists, no offense intended. Mind you the French were a bit slow to bill the murder of Samuel Paty as a terrorist incident, although it involved an Islamist nutter running round cutting people’s heads off whilst shouting “Allahu Akbar”. These are what in the intelligence community we call clues. 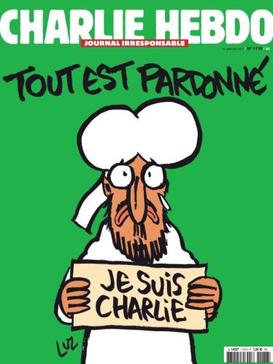 President Erdogan, the Turkish strong-man, is getting the wind up over what sounds like a very witty cartoon of him in Charlie Hebdo (like Erdogan, I’m not a subscriber). He needs a lesson in manners, frankly. We in the West believe in free speech, even in France. Islamic leaders like Erdogan need to be a little less precious and chill.

The Islamists in France are playing with fire. The French have quite a bit of experience of their own at chopping people’s heads off – Dr Guillotin was French after all, even if he didn’t in fact invent the machine named after him, nor even want his name used in that way. I shouldn’t be in the least bit surprised to learn that guillotine manufacturers in France have been asked by government officials to provide quotes, always assuming that you can’t get them on Amazon.

Sadly the British government has caved into pressure from senior civil servants to bring back a lockdown in England. When it looked like the Cabinet might have discovered a bit of spine a disloyal civil servant leaked the plan to the media.

The government have promised a leak inquiry, although they have a history of being about as rigorous as internal affairs inquiries by the Gestapo. (As all y’all may know the boys had a patchy record of treatment of suspects, although they I bet they never offered detainees lasagne as bad as Thames Valley Police’s.) The government are panicking.

They’re working off fatality stats which probably treble the number of patients dying of Covid, as opposed to with Covid. At the moment you’re counted as a Covid statistic even if you fall under a bus or wave a knife at police in Philadelphia. They’re also counting people who test positive as new cases, even though they might have caught Covid months ago.

The bureaucrats are pretending to be worried about the NHS, but they’ve blocked the use of proven treatments, including combination Hydroxychloriquine therapy and Remdesivir, which could have saved thousands of lives. Vaccine trials have also been held up on spurious grounds, such as somebody falling ill when the illness couldn’t possibly be related to the vaccine. A percentage of people in a large-scale trial are bound to break their toes or come down with a touch of cancer.

We should have a vaccine in both the UK and US before Christmas. The Russians already have one, although it may have greater side-effects than those being developed here and in the State.

At least the large deficit is likely to focus minds on the large piles of cash sitting offshore in the names of high net worth individuals and corporations which have not declared their offshore earnings to the taxman. Big Tech also need a good smack, no offense intending. Their corporation tax bills in the UK could be headed north! 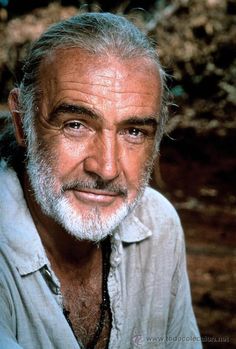 Yesterday saw the sad passing of Scotland’s greatest actor, Sir Sean Connery, who famously became the first man to portray 007. He wasn’t my favorite Bond, but he was very good. In all he played in six ‘official’ Bond movies and Never Say Never Again in 1983.

He actually started life as a sailor, on the carrier HMS Formidable. He was honorably discharged from the Royal Navy on medical grounds.

His first leading role was as Johnny Yates in Hell Drivers, alongside Stanley Baker and Herbert Lom. It’s an interesting movie and well worth watching.

My favorite Connery role was as Captain Marko Ramius in The Hunt For Red October. He had matured as an actor by then and gave a commanding performance, helped by a sparkling and interesting script.

His support for Scottish ‘independence’ in later life cost him some popularity south of the border. I’m not sure that he ever grasped that a Scotland inside the EU could never be independent and would simply be a German client state.

His odd political views, with respect, should not detract from his fine qualities as an actor. He had a magnificent career and was one of the all-time greats, even if he could never raise an eyebrow in the way that Sir Roger Moore did.