James Madison did us no favor when he drafted Article II of the Constitution. Of course, our Founding Fathers couldn’t have imagined a psychopathic narcissist with an itchy Twitter finger desperate for re-election as President.

The Constitution includes no right of citizens to vote for President. Rather, in Article II, Madison gave 100% of that power to each state’s legislature. You know those solons, the ambitious time-share salesmen in triple-knit suits that threaten to Make America Great Again? They get to pick the “Electors,” the ones we send to the Electoral College.

Can Legislators just pick anyone they want for President no matter the will of their voters? Under Article II, you bet. And they have.

As Thom Hartmann reminded me, in late November 2000, the Republican controlled legislature prepared to pass a law declaring George W. Bush as winner of Florida’s electoral votes when Bush was ahead by just 537 votes. What few remember, is that 178,000 ballots were still uncounted—the bulk of those in Democratic-majority Jacksonville and Miami. 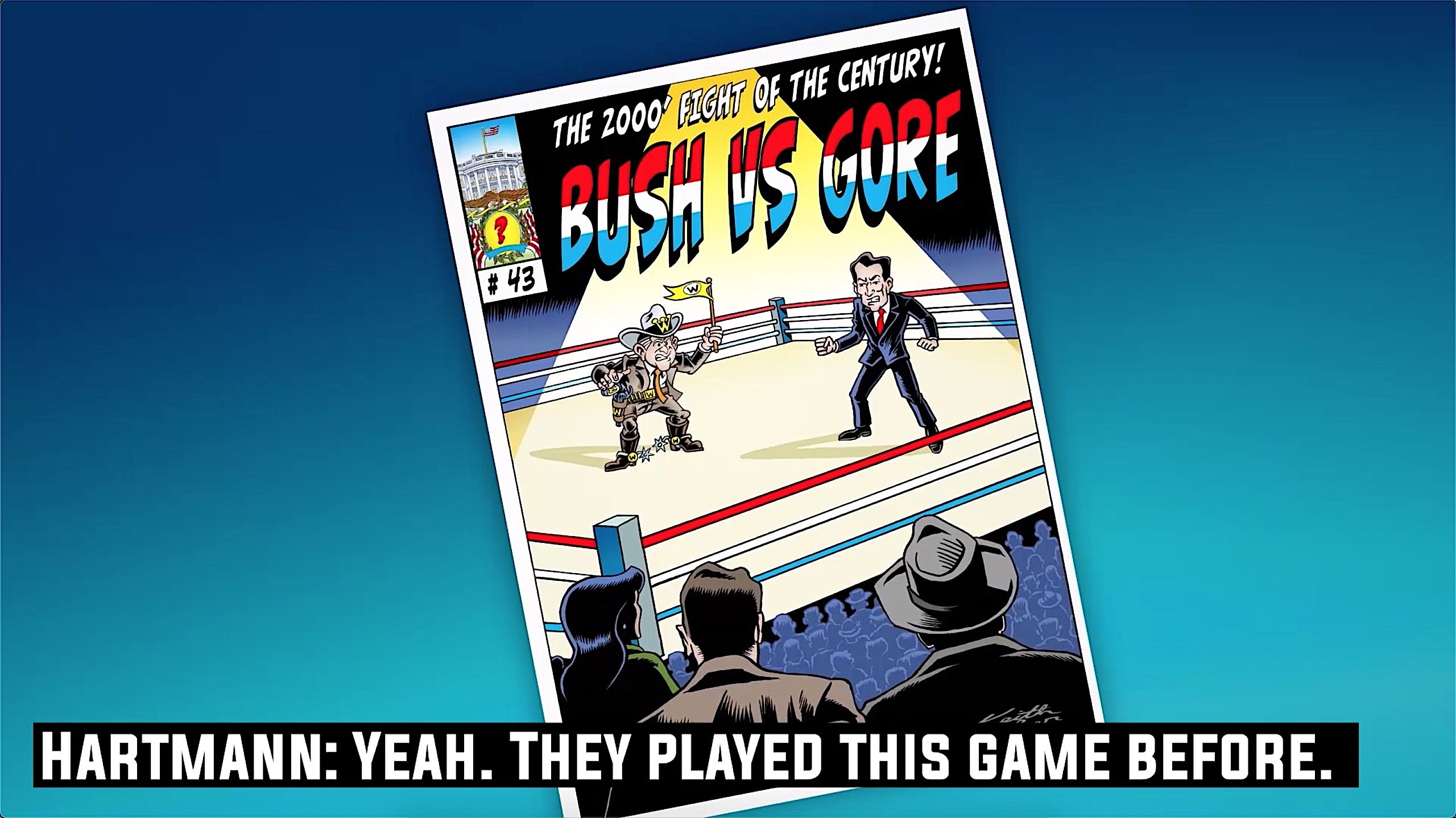 The law required sending Bush’s electors even if those uncounted ballots gave, as expected, Al Gore the majority.

As the GOP Legislators’ lawyers wrote to the US Supreme Court:

“Congress has a constitutional obligation to count the votes of any elector who was indisputably appointed by the Legislature.”

So, suck lemons, voters! We don’t need to count no stinking ballots.

The Florida legislature’s constitutionally sanctioned coup d’état was never implemented because the US Supreme Court did the dirty for them (in Bush v. Gore), simply blocking the completion of the vote count.

Would Florida do it again this year? Why not? The Twittiot-in-Chief has given them the excuse to do so: fraud!

“There is NO WAY (ZERO!) that Mail-in Ballots will be anything less than substantially fraudulent.”

The Florida legislature (or some other Republican legislature) can say there are too many suspect, fraudulent, unreadable, absentee ballots, too many with postage due, and, as they did in 2000, simply end the count.

The Wall Street Journal reported that 7 million ballots may arrive late. We could be heading into 2000 all over again.

INVITATION TO A RIOT

It’s not so easy to stop a vote count. A riot helps. In 2000, it was the “Brooks Brothers Riot,” where $800-an-hour consultants broke into and threatened to bust up the Miami-Dade elections board. Roger Stone takes credit for that – and he’s back. But his new group, the Proud Boys, doesn’t wear Brooks Brothers. They dress for beating and burning. 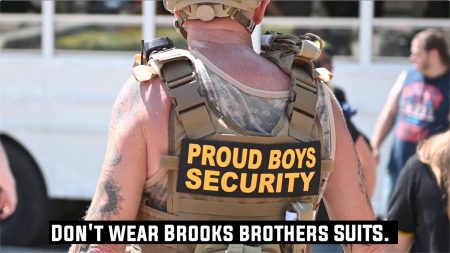 What happens when Stone tweets, “There are 10,000 fraudulent ballots from Venezuela” in the Jacksonville Main Post Office? How quickly before the P.O. is in flames? 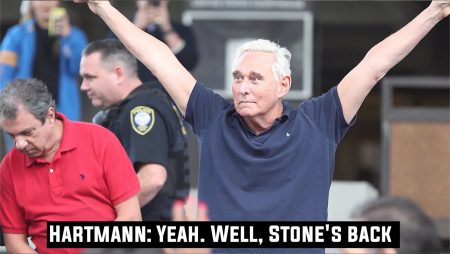 The Florida (or Michigan or Wisconsin) or other GOP controlled legislatures can decide, if Biden’s way ahead in the count, they might find it politically safest to say, “Hey, there are too many ballots to count on time, too many suspect ones to verify. We can’t certify any Electors.”

Uh, oh! Under the Twelfth Amendment to the Constitution, if no candidate gets 270 Electoral votes, the election goes straight to the House of Representatives. Nope, Nancy Pelosi does not pick the President. It’s one state, one vote. Right now, Republicans hold 26 delegations, Dems 23 (and one state is tied). If Trump maneuvers us into a XIIth Amendment vote, we’ll be whistling, Hail to the Thief.

THE ELECTORAL COUNT ACT OF 1887 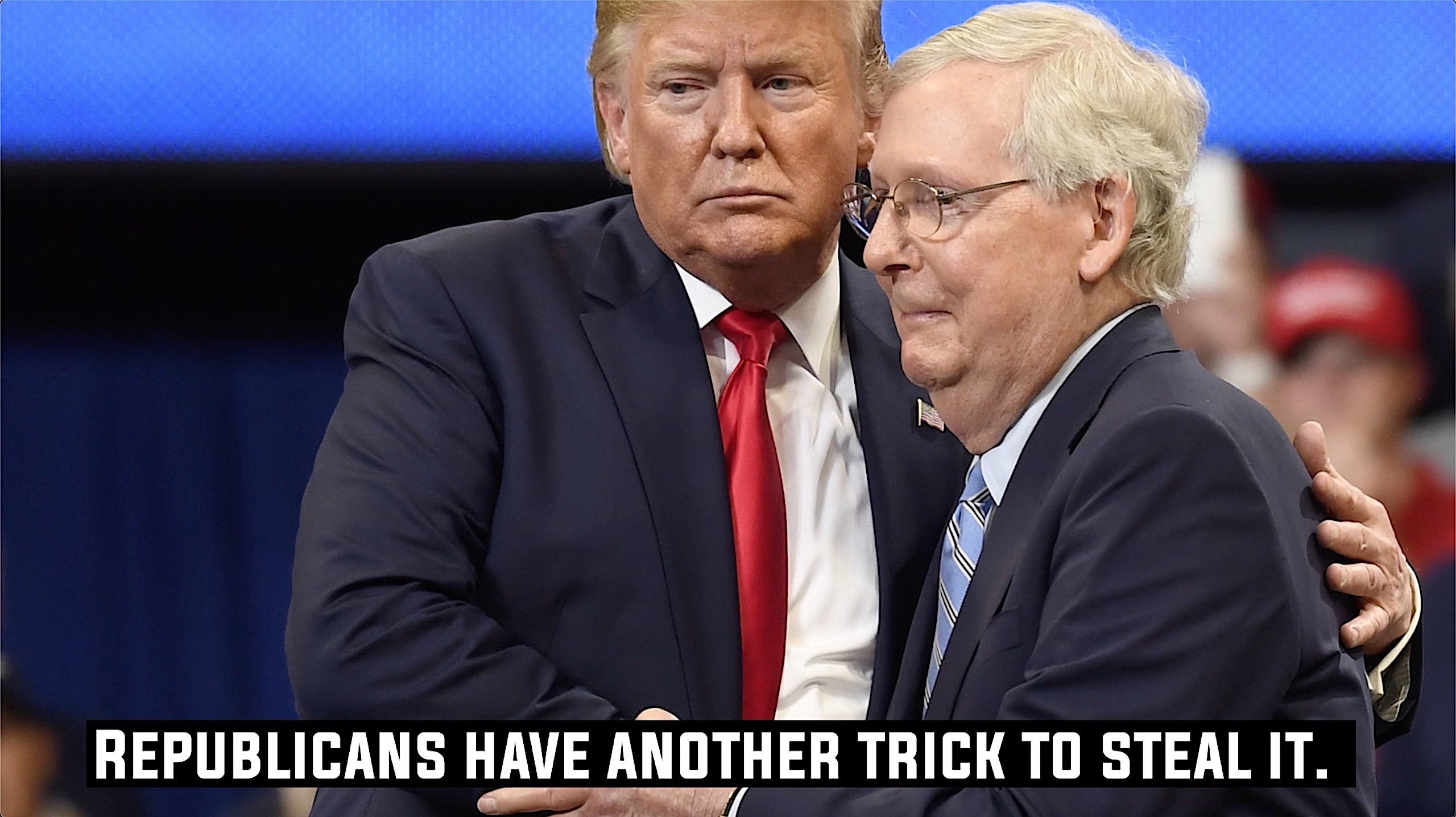 I know you’ve probably re-read it recently, but if not, here goes: The Electoral Count Act of 1887 says, if states send in competing slates of Electors (say, the GOP Legislature in Michigan sends a Trump slate while the Democratic Secretary of State sends a Biden bunch), Congress follows the ECA’s complex formula for choosing the winning slate.

The law has never been used, nor has it ever been tested in court.
Indeed, there’s a pretty good case to be made that it’s unconstitutional. 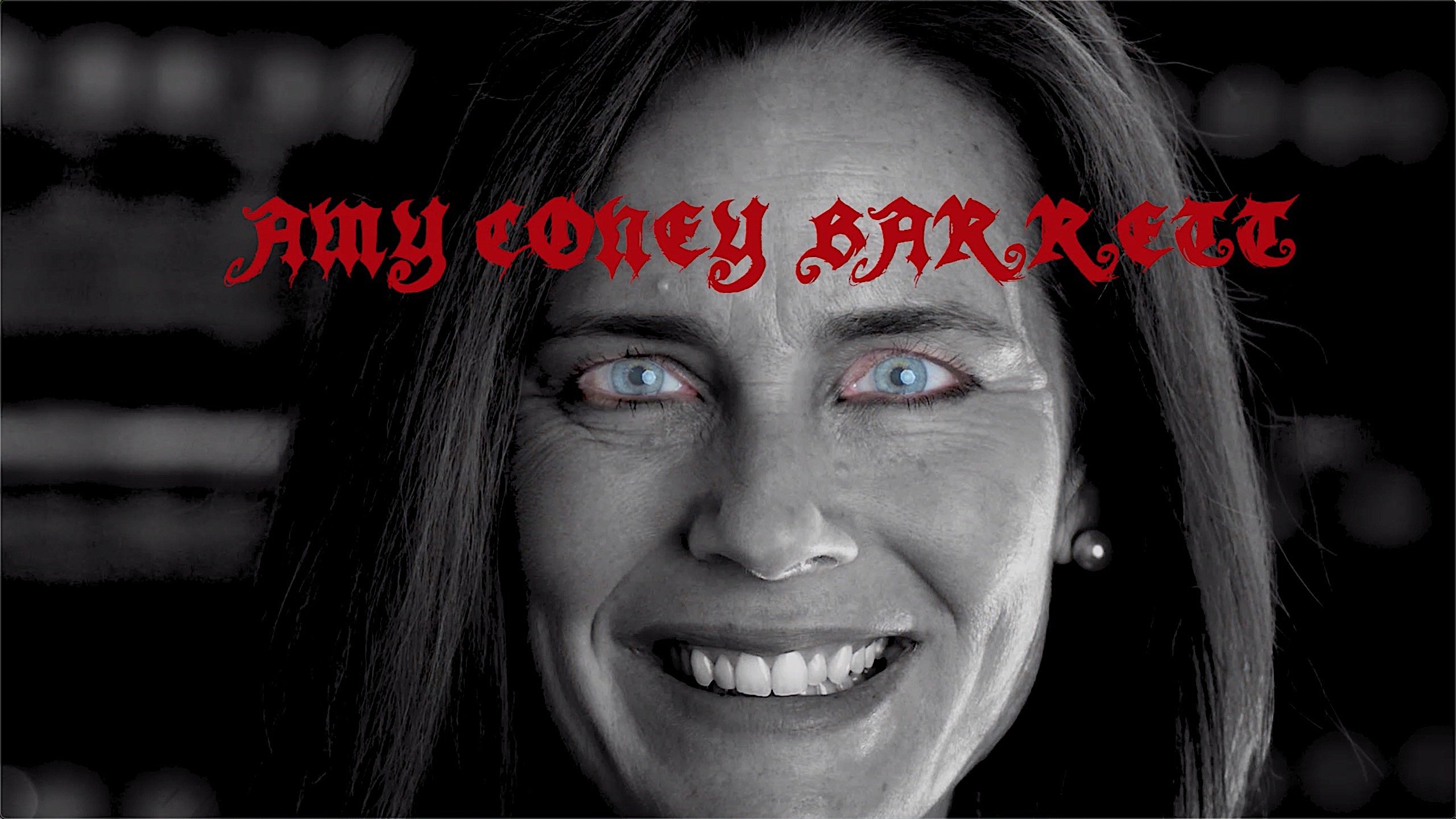 Don’t worry: that’s why we have a Supreme Court to protect and respect our democracy. In other words, the Electoral Count Act means whatever Amy Covid Barrett says it means.

So God bless America. Because no one else will.

Greg Palast, whose investigative reports on voting have appeared in The Guardian, Rolling Stone and on BBC Television Newsnight, is the author of How Trump Stole 2020 (7 Stories Press 2020).

Thom Hartmann, the nation’s Number One progressive radio host, is author of The Hidden History of the War on Voting (Berrett-Koehler 2020).

Greg Palast has written four New York Times bestsellers, including Armed Madhouse, Billionaires & Ballot Bandits, and The Best Democracy Money Can Buy, now a major non-fiction movie, available on Amazon and can be streamed for FREE by Prime members!

Palast’s new book, How Trump Stole 2020 has just been published via 7 Stories Press. Order it now from Amazon | Barnes & Noble | BookShop.org or get a signed copy.

Stay informed, get the signed DVD of the updated, post-election edition of The Best Democracy Money Can Buy: The Case of The Stolen Election, a signed copy of the companion book or better still, get the Book & DVD combo.

Or support us by shopping with Amazon Smile. AmazonSmile will donate 0.5% of your purchases to the Sustainable Markets Foundation which automatically goes to the benefit of The Palast Investigative Fund and you get a tax-deduction! More info .