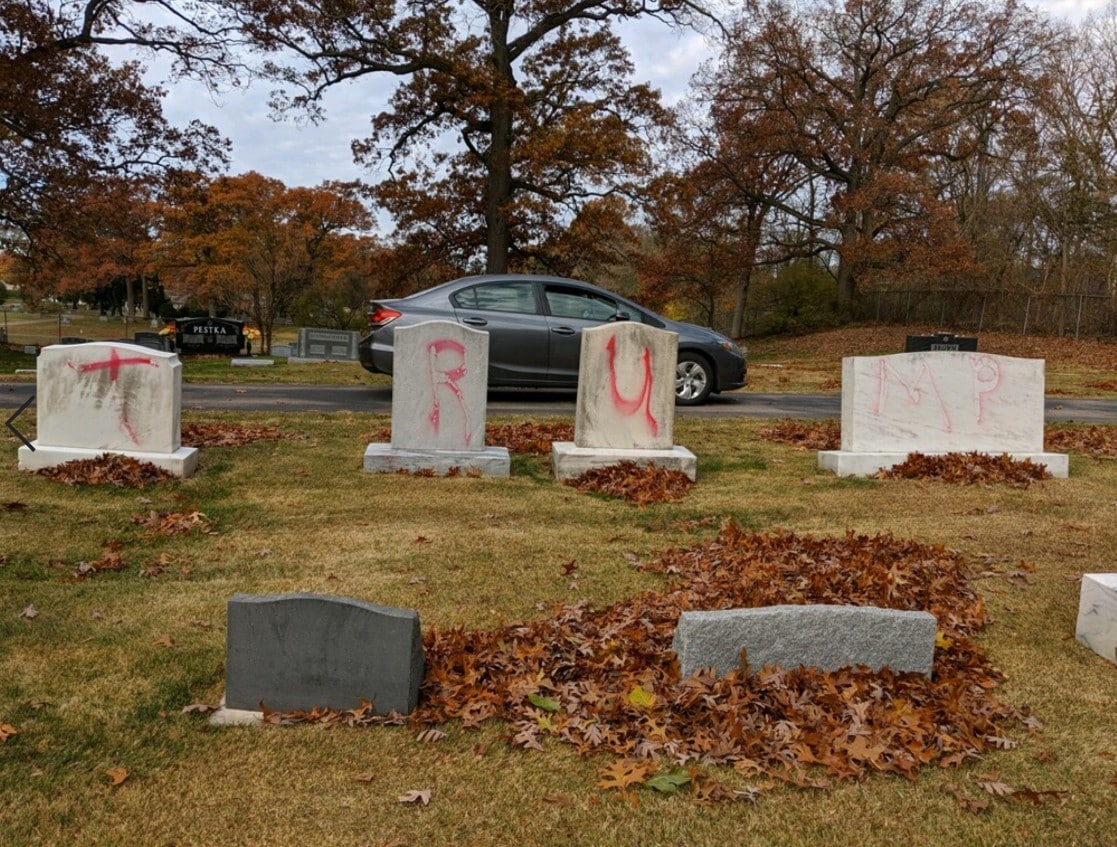 “Make no mistake, this heinous act was committed on the eve of the 2020 election to send an intimidating message to the president’s opponents, and particularly, Jewish voters. But it has failed”

Watch what happens when Trump backers realize a Jew was at one of their rally’s, the secret deleted scene from Borat:

This was not the easiest movie to make. #BoratSubsequentMoviefilm pic.twitter.com/oagfJoGjNt

Daily Beast: Headstones at a Jewish cemetery in Grand Rapids were reportedly vandalized with pro-Trump messages just hours before the president’s rally in the Michigan city.

A Jewish cemetery in Grand Rapids was just desecrated with pro-Trump graffiti.

Tomorrow, we kick them out of power. pic.twitter.com/GrSfRjygBJ

“We are appalled and outraged by the desecration of Ahavas Israel cemetery in Grand Rapids, a year after the city’s reform synagogue was vandalized with antisemitic imager, and on the day Donald Trump is slated to close his campaign with a rally in Grand Rapids,” the Michigan Democratic Jewish Caucus said in a statement.

I’m horrified that a Jewish cemetery was vandalized with graffiti in Grand Rapids, Michigan.

I stand with the Jewish community of Michigan, and call on law enforcement to fully investigate this vile act of anti-Semitism.

Hatred has no place in our communities.

“Make no mistake, this heinous act was committed on the eve of the 2020 election to send an intimidating message to the president’s opponents, and particularly Jewish voters.”

Photos posted to social media by the group showed several gravestones defaced with large red letters spelling out “Trump” and “MAGA.” The Anti-Defamation League in Michigan said it was “appalled” and vowed to investigate the desecration with community members and authorities.