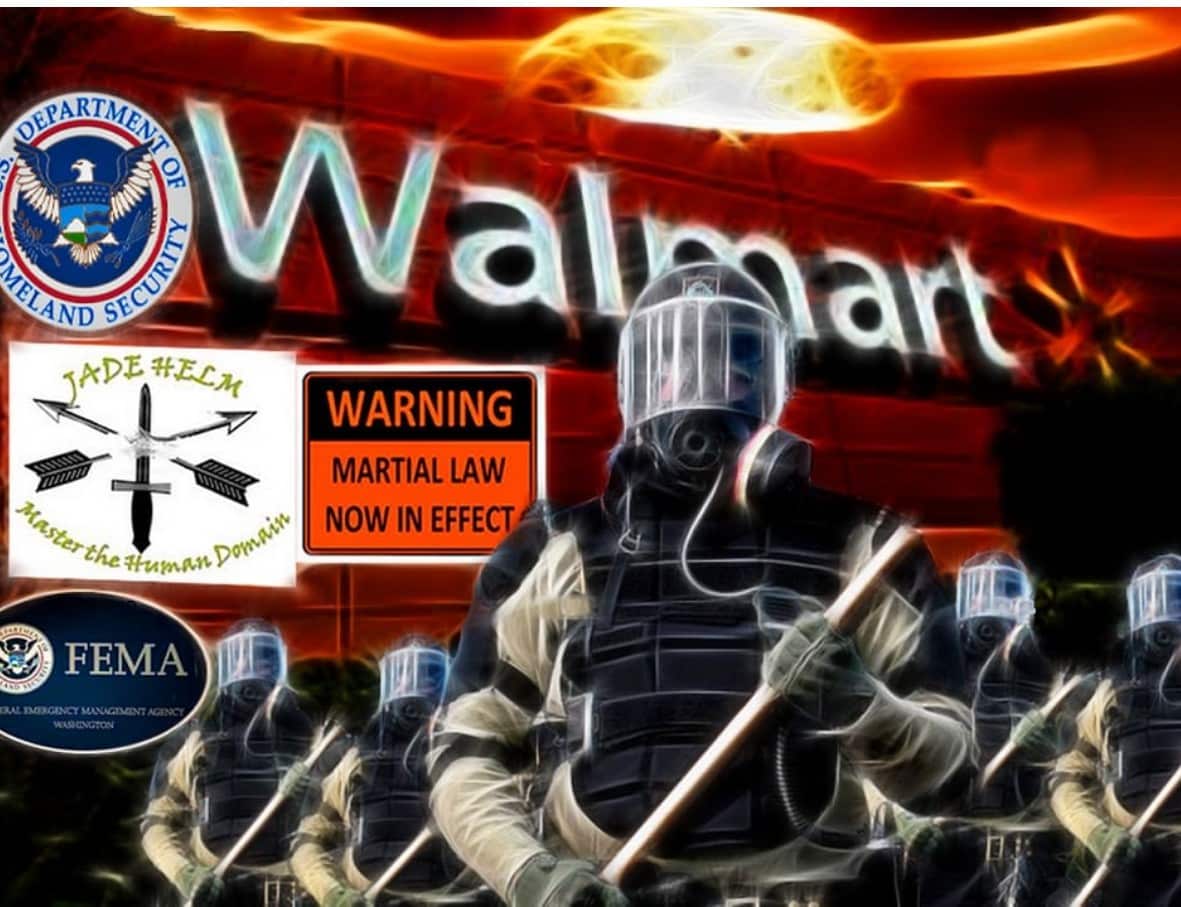 VT: 5 years ago, VT was hit with a penetration effort, wanting to turn the last surviving platform capable of standing against the Kosher Nostra into just another bought and paid for “alternative media” blog.

5 years ago we cited ‘Oathkeepers’ as a Kosher Nostra front to enroll police for a race war and coup against America.  We were right then.  This is why you need to be reminded of some real history, not the book kind, not the blog kind, not conspiracy history, but the real kind.  Yes, it does exist.

[ Editor’s Update Note:  Update: Yes this is a rerun, but we are putting up some of these old stories to remind folks about what our record has been on the past scams, better than anyone elses.  And we are more banned and blocked know then were were then, the ultimate proof we have been drawing blood. So we continue to get get right back into their faces…JD ]

It is “wooden stake” time now for all the Jade Helm hucksters, and there are plenty of them. They will not get away quietly on this after wasting so many peoples’ time. Everyone involved in cranking this up and then the usual conveyor belt internet “love the next scam” hit traffic generators will be databased into a permanent file so they get their will earned badge of dishonor.

We have avoided spending a lot of time on the internet hucksters as one of their goals, especially for the paid ones, is exactly that, to burn up your time. But as Gordon describes below we have evolved to viewing them as malicious human computer viruses, something which needs to be eradicated as a threat to the internet community.

While we may not be able to do that any more than rid the Net of viruses and adware, we certainly can tag the “dangerous websites” and know purveyors. Of course this will be a group project, but like Santa, we will be making a list and checking it twice, of who’s been naughty and who has been nice… Jim W. Dean ]

A few short months ago, VT removed two people and warned a third for trying to use Veterans Today to run an InfoWars scam.  We had long placed that “organization” along with the obscure “Prison Planet Corporate Investigative Services” as funded by a Zionist extremist crime family tied to the Murdoch organization, the “Bronfmans.”

We also tied them to DEBKA, a Mossad corporate intelligence propaganda front and its US partner in Texas, Stratfor.  By VT standards, all are amateurish, boorish panderers of conspiracy theories engineered to support the Bush crime family and the war criminals now running ISIS.  Only an idiot wouldn’t pick it up in a second.

This brings us to Jade Helm.  It is now August 15th and 30 days into the martial law that never happened, the prison camps that never existed, the Walmart tunnels, the Daboo77 whiskey warehouses, the trainloads of shackles, the gun seizures, the whole thing made up.

Those who spread this malicious Zio-crap are slinking away while groups like Oathkeepers and the prepper (no deodorant) apocalypse militia types are now being sorted through by the same FBI informants who peppered the internet with the Jade Helm fantasies in the first place.  Oh, you didn’t know?

It’s too bad the rest of us can’t round up the malicious toads who began this debacle that took down everyone but VT.  Too bad there really aren’t camps for corporate disinformation agents, FBI informants and the internet turds of the controlled “right.”  To friggin’ bad, this might be real fun, perp walking those who deserve it.

Jade Helm makes one case for sure, that disconnecting from the internet should be a priority for anyone who got taken in.  But then it isn’t just them is it?

Go to any “mainstream news” website.  Look around the page at the links and videos.  Try going to one.  You will be bogged down in endlessly loading scripts, malware, viruses and scams of every kind.  You will also be exposed to “click bait.”  Years ago carnival barkers or shills at the doors of whore houses would decry their wares.  Now it’s the internet, promising “nip slips” and trash talk while they load your computer with garbage, violating your privacy in ways the NSA never imagined.

What is the lesson to this?  Any website that allows these links, and VT fights them every day, that promises phony cancer cures and “male vitality,” we aren’t just talking InfoWars or Newsmax, the worst of them, should have scared you away long ago.

Jim and I were talking this morning, as with most mornings.  I had just received a copy of an article by a French author from VoltareNet.  Before I got in a hundred words I recognized that I was reading a lightly paraphrased copy of something I had written the week before.

From there we stopped on another painful area.  We named the writers out there, the good ones.  Jim and I put ourselves on the list with Alan Hart, Moti Nassani, Jonas Alexis, Uri Avnery and names I shouldn’t be leaving out here.  We then made another list.

You see, Jim and I have a discipline, we read the news and analysis every day, the UK papers, American, key websites, the Russians, Kurds, Syrians, Lebanon, Iraq, Iran, Africa, France and Germany.

Then we don’t read the output from let’s call them “traditional alternative media types.”  We don’t read them because, no matter what the news is, they usually don’t write.  I write because the stories are out there, because I have sourced material and have something I believe is useful to add to the dialog.  Frankly, I have little respect for “the dialog,” something that I hope I adequately reflect in my writing.

Patterns are there for those to see who study the media and Jim and I study the media, with the first goal of looking for who is trying to spin what to manipulate the public on. This gives us clues as to where to look next for more confirmation material.

What we see is sickening.  We see many simultaneously activated by “handlers” to spin stories, often stories we also recognize are written by one or more “others.”  What we see in the alternative media is mostly seeded material from intelligence agencies intended to promote one or more mythologies, baseless fictional narratives.  The timing is usually meant to embolden an audience or subset of an audience or demographic with a carefully designed false conspiracy that will help divide and conquer those who oppose rule by wealth.

The alternative media is very much the tool of “rule by wealth.”  You see, this is a lazy lot.  Most don’t write very well or think very well either.  They don’t have jobs or income.

If we look at how little material they put out, even Seymour Hersh or Glenn Greenwald, they must spend endless hours watching reality television.  They really don’t do anything at all, they don’t run real organizations, they certainly don’t put out the 5000 words a day the rest of us write 6 days a week.

There would be none of this without an audience, without consumers, not looking for truth, not hardly but rather looking on information, 99% of which is entirely made up, supposedly to serve some human need but is that need really human?

Is being conned and humiliated into following the Jade Helm narrative serving a need to feel as though one were part of a primitive society where sabretoothed tigers stalk the mouths of our caves as we sleep?

If you are Jewish, is it an important part of each day to cringe in fear of being thrown into a gas chamber?  I strongly suggest that every Jew, with an open mind, visit the “screen door” gas chambers of the vacation site concentration camps of Europe.  Take along the written narratives of the holocaust deniers and put it to the personal test.  Then take a moment to think, was it worth raising my kids believing every day that all of Europe (and North America) hated Jews so much they would gas and burn small children?

Who gains by telling people things like this, damaging them, making them feel small, angry and inferior?  Have we just defined Israel?

Let’s look at one story flooding the news:  “ISIS May Have Chemical Weapons?”  Geez.  They have been using them since 2002, flooding in thru Turkey from Georgia initially. Caught doing it by Press TV, caught by US, we even published the passports of the Ukrainian’s who ran the transport.

Over and over Turkish officials have been trying to prosecute those running the Sarin factories in Southern Turkey, blocked and even threatened by Erdogan. The Syrians overran one of the Turkish WMD plants inside Syria, capturing Turkish officers, one a WMD specialist, a chemical engineer, who, when he sang his song, nobody listened.

And still the papers decry barrel bombs and chlorine/sarin gas used by Damascus, all made up, nobody says a word about it.

Reminds me of the Iranian nuclear program.  You can make a nuclear weapon out of 20% enriched gas just as easy as you can light a cigar and exhale a Chevy truck.