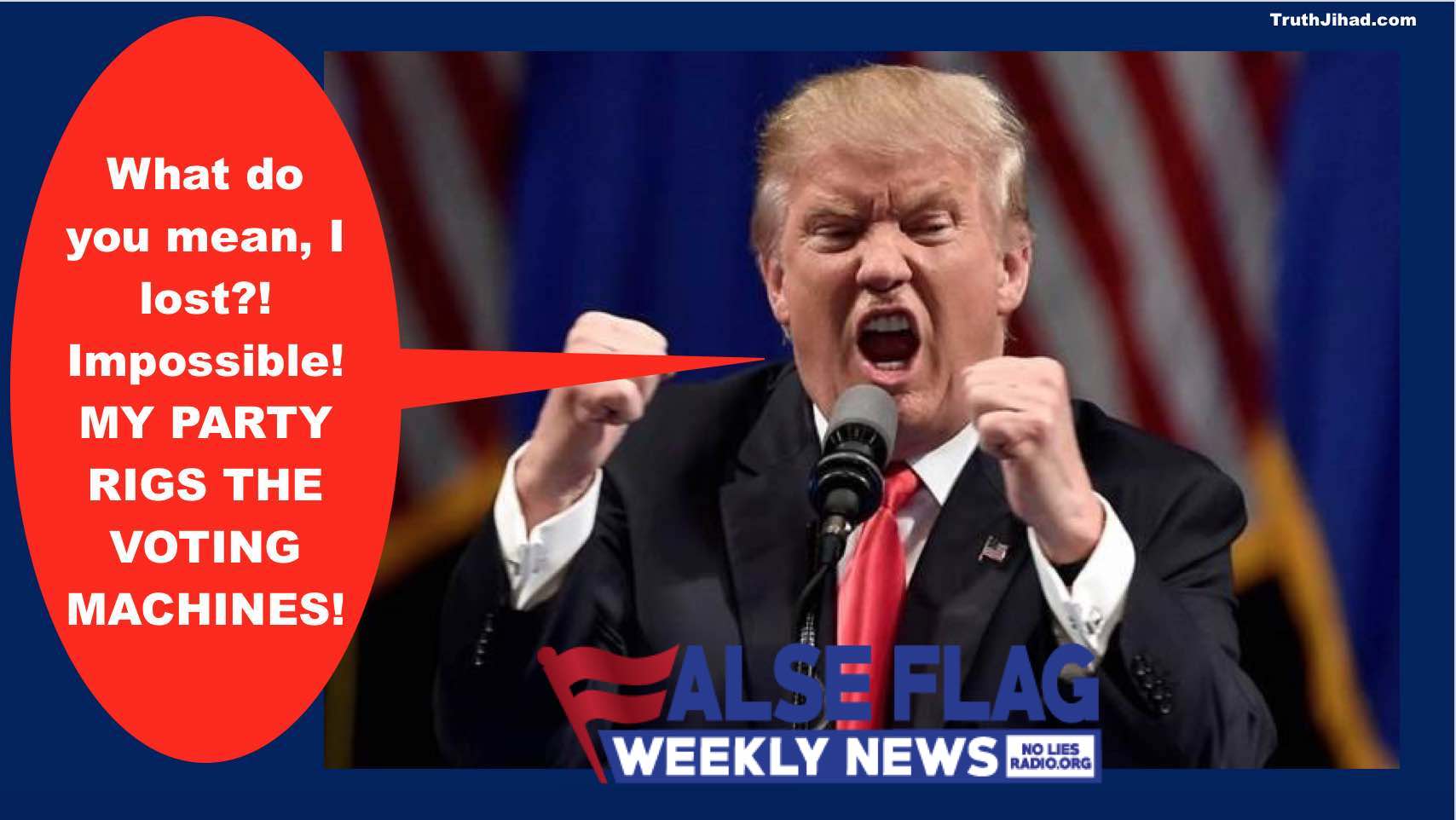 Donald Trump stunned the nation this morning by unveiling what he called “absolute proof” the election was stolen.

Trump produced Michael Connell II, the GOP’s Voting Machine Adjustment Czar, who swore on a Satanic Bible that he had rigged the machines to produce a narrow Trump victory in key swing states, along with a close enough election nationwide to make it plausible. But the evil, cheating Democrats, Connell II explained, undid all of his hard work by “pulling an unexpectedly large number of mail-in ballots out of their, er, party symbol.”

Trump snatched the microphone away from Connell II and delivered an angry diatribe: “How can Americans have faith in their democracy when fake mail-in ballots can ‘trump’ the will of the people—the people who rig voting machines? When I said this was going to be the most rigged election in history, I didn’t know the half of it!”

Trump threatened to fight the re-rigging of the rigged election all the way to the Supreme Court, “and even to the High Court of the Archangel Lucifer if necessary.”

The President ended the press conference by reciting his favorite poem, “The Snake,” adding sibilant hisses to underline his identification with the title character. “You knew I was a sssssnake when you took me in to the White Housssse, so don’t try to throw me out or I’ll bite you on the asssssssssssssss!” he screamed, adding:

“The bottom line is, I stole this election fair and square, and no cheating cheater-cheaters are ever going to take it away from me!”