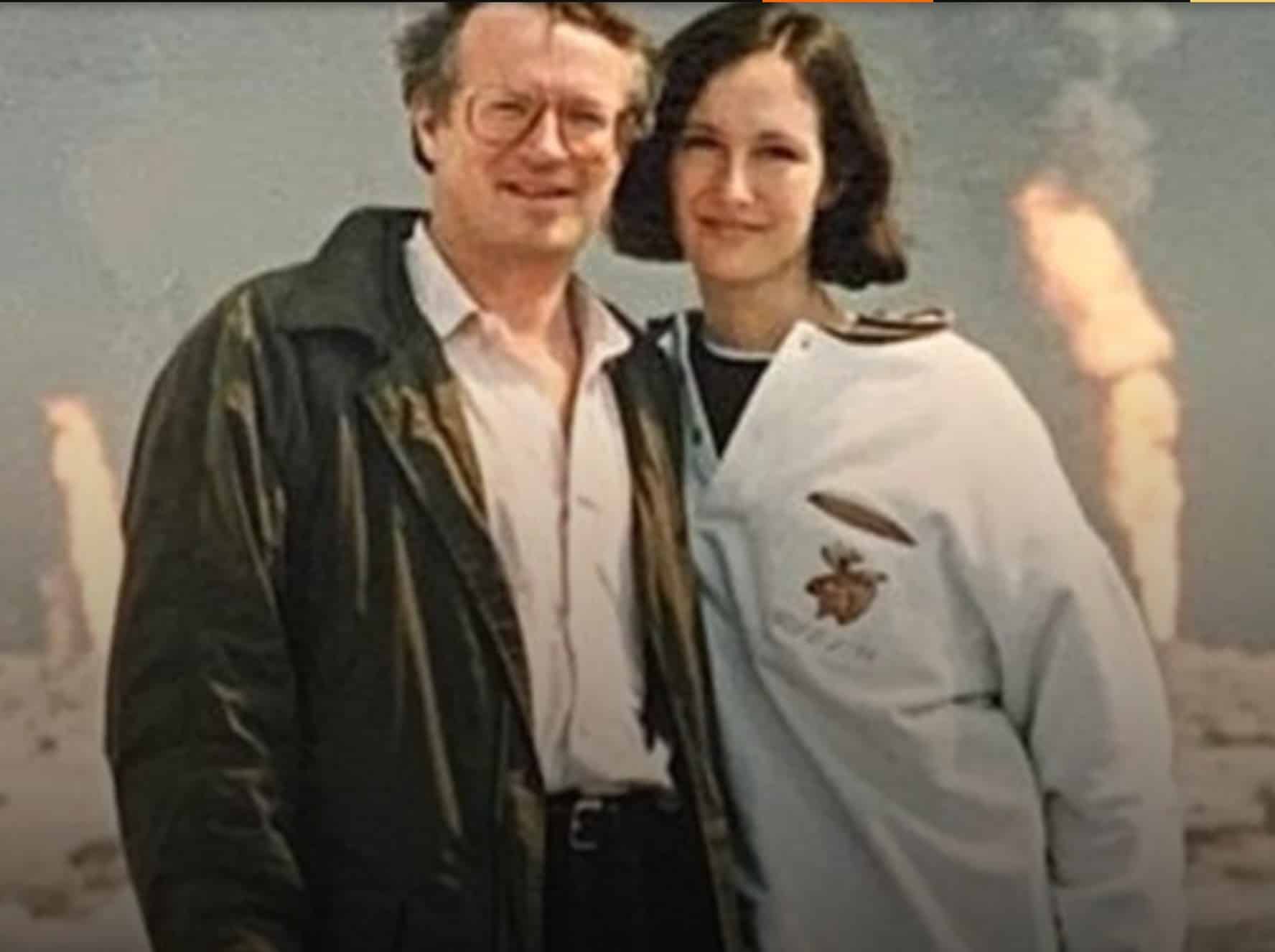 I had the honor of being married to Robert Fisk for 12 years.  In my opinion, he was the finest journalist of his generation.

The word “controversial” has figured prominently in news stories and obituaries since the death of Robert Fisk.

I dislike the word because it seems to imply that Robert’s immense achievements are in question. If Robert was controversial, it was because he refused to conform. In nearly half a century as a journalist, which saw him win numerous press awards and publish six books, he never followed the herd. His judgments were intuitive, rapid and, in my experience, invariably right. He could not be cowed by the criticism. He never jumped on the bandwagon.

Robert’s first rule was to go there, and be a witness, even if it meant risking his life. He scorned journalists who covered wars from hotel rooms

I had the honor of being married to Robert Fisk for 12 years. Between 1988 and 2003, we worked together on most of the big news stories in the Middle East and Balkans. In my opinion, he was the finest journalist of his generation, one of the finest ever. No one did journalism with greater courage, dedication, determination, and intelligence than Robert.

When Robert covered the Nato bombardment of Serbia from Belgrade in 1999, he was accused of supporting Slobodan Milosevic. When he opposed the Anglo-American invasion of Iraq four years later, his enemies said he was a stooge for Saddam Hussein. His coverage of the Syrian civil war since 2011 angered those who claimed he was an apologist for Bashar al-Assad. 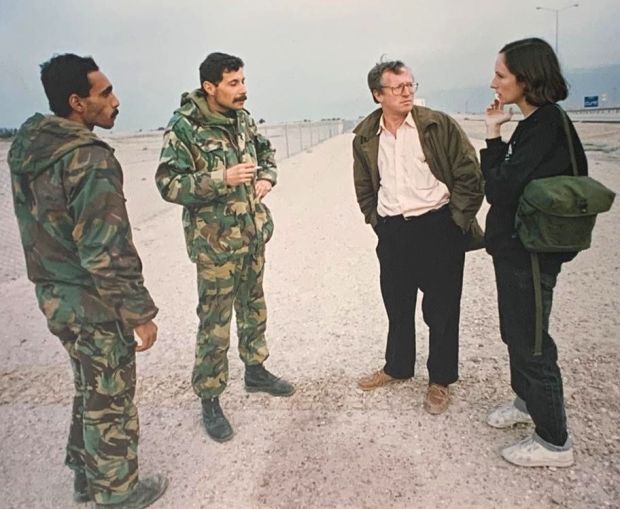 Robert did not praise or support any of these dictators.

Many in Europe and the US idealized the Syrian rebels at the beginning of the war. Robert had a more nuanced vision. He was proved right when many of the rebels joined jihadist movements.

The late lamented Robert Fisk … "The greatest enemy of all journalists – and all politicians – is the failure of institutional, historical memory". https://t.co/zrabAQZ8Do

Robert’s first rule was to go there, and be a witness, even if it meant risking his life. He scorned cliches, journalists who covered the Middle East from afar, regurgitated the line peddled by governments and diplomats, and covered wars from hotel rooms. Most of all, he condemned journalists who did not care about the people they wrote about.

Robert never accepted the official version. He sided instinctively with the underdog. He gave voice to people who had none. That is what made him a great journalist

Robert refused to choose sides. He knew there are executioners and victims on both sides of every civil war. British public school, a difficult relationship with his father, and the years he spent covering the Troubles in Northern Ireland imbued him with profound mistrust of authority. He never accepted the official version. He sided instinctively with the underdog. He gave voice to people who had none. That is what made him a great journalist.

#RobertFisk was that rare phenomenon, a journalist who reported truthfully and indeed courageously for decades on the Middle East. He died October 30 in a Dublin hospital at the age of 74 following a stroke.https://t.co/J5dLqNPY63

As a child, Robert saw Alfred Hitchcock’s Foreign Correspondent, in which a US reporter tangles with Nazi agents in pre-second World War Europe. He credited the story of the fearless reporter who triumphs over evil and gets the girl with making him want to be a journalist.

With self-deprecating humor, Robert sometimes referred to himself as Scoop Fisk. The tragedies of the modern Middle East were so great that, more darkly, he joked that he was a mass graves correspondent. 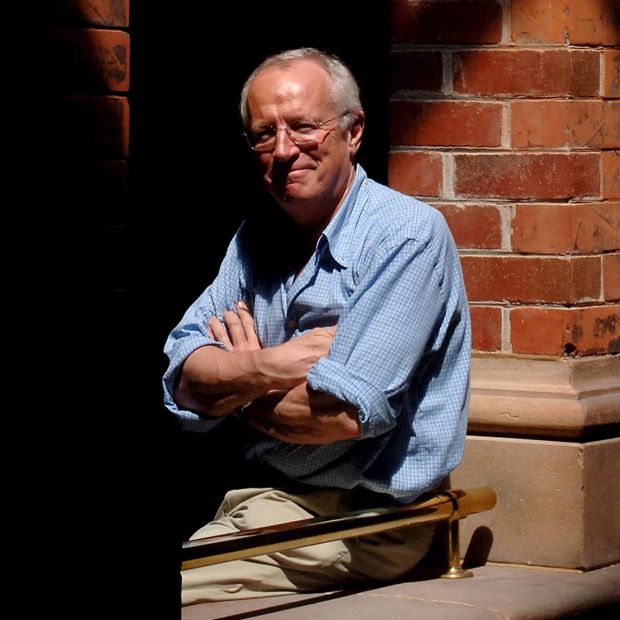 As a young journalist in Paris, I followed Robert’s award-winning coverage of the 1982 Israeli invasion of Lebanon in the London Times. We met the following year when I was on a reporting trip to Damascus for CBS News.

The Israeli invasion culminated in the massacre of at least a thousand Palestinians by Christian militiamen allied with Israel in the Sabra and Chatila refugee camps. Robert was haunted by this image, from his report, published in the Faber Book of Reportage:

“To the right of us, there was what appeared to be a small barricade of concrete and mud. But as we approached it we found a human elbow visible on the surface. A large stone turned out to be part of a torso. It was as if the bodies had been bulldozed to the side of the laneway, as indeed they had. A bulldozer – its driver’s seat empty – stood guiltily just down the road.”

Life with Robert was often harrowing and exhausting. It was never dull. Our first three summers together were interrupted by the shooting down of an Iranian passenger aircraft by the USS Vincennes in 1988, the death of Ayatollah Khomeini in 1989, and Saddam Hussein’s invasion of Kuwait in 1990.

When Iran Air flight 655 was shot down, we rushed to Dubai. We spent the entire night driving to various Gulf ports in the vain hope of chartering a boat to Bandar Abbas, where the wreckage of the plane and the bodies of most of the 290 victims had been taken. As we struggled through our hotel lobby the following morning, someone shouted, “The Iranians are taking a press plane to Bandar Abbas.”

The corpses were lined up on the floor of a cold storage warehouse, alongside piles of body parts: limbs with limbs, organs with organs. The Iranians then took the journalists to the local hotel for a kebab lunch, which many of us refused. It was before mobile telephones. We had no way to file.

“Come with me,” Robert whispered. We slipped into the switchboard operator’s cubbyhole behind the reception desk. Robert handed the operator the telephone number of the London Times copy desk with a pleading look. He dictated most of a front-page story, composing it in his head as he went along before someone pulled the plug. His rivals were furious.

I witnessed a furious telephone argument between Robert and his foreign editor, the beginning of the end of his long relationship with the Times of London

That night, the Iranians flew dozens of western journalists who had made the trek to Bandar Abbas back to Dubai. At the end of our 48-hour excursion, most of us were exhausted.

While others slept, Robert slipped through the cockpit door and took the co-pilot’s seat. We were on the first Iranian aircraft to repeat the trajectory of the doomed flight. The pilot told him, in perfect English, how the transponder worked and why the US warship had not been able to communicate with the civilian aircraft.

The Americans had panicked, the pilot concluded. Back in Dubai, Robert did more interviews that strengthened that thesis. Subsequent investigations proved he was right. But the Murdoch-owned newspaper wanted speculation about a civilian airliner on a kamikaze mission.

I witnessed a furious telephone argument between Robert and his foreign editor, the beginning of the end of his long relationship with the Times of London. When Robert announced the following year that he was leaving for the London Independent, the editor of the Times invited him to an expensive restaurant in Paris. “You are, quite simply, Fisk of the Times,” the editor said. Robert was polite but firm.

Those who criticize Israel, including Robert, are often unfairly labeled as anti-Semitic. He traveled to Auschwitz in an effort to understand the carnage he witnessed in the Middle East. His masterpiece, Pity the Nation, begins with an evocation of the Holocaust. He repeatedly told Arabs that yes, the Holocaust really happened. Yes, it was really six million.

When the Oslo peace accords between Israel and Palestinians were signed in September 1993, we rushed to Jerusalem, where we shared a meal with my editors from Time magazine. They believed peace had broken out, and they were ebullient.

“Have you read the fine print?” Robert asked. The Israelis had more than 200 lawyers working on the accord. Yasser Arafat and Ahmed Qurei were virtually alone. “This cannot work,” Robert predicted. “The Palestinians will get blamed for it.” Again, he was right.

Robert and I were with Irish Unifil officers in southern Lebanon when the Israeli army bombarded Fijian battalion headquarters, where hundreds of Shia Muslim civilians were sheltering during an Israeli assault in April 1996. We arrived within minutes upon a scene of utter horror. Several of the survivors spoke of hearing and seeing an Israeli drone overhead at the time of the bombardment.

A Unifil officer, who was not Irish, leaked a videotape of the drone to Robert. It showed the Israelis could have watched the massacre from the air as it took place. His report made front-page headlines.

Robert never let go of a story. He went back to Cana, and later to the scene of a 1999 Nato bombardment in Kosovo, to reconstruct the life stories of those who perished.

This week, those of us who loved Robert tried to smile through our tears. His dear friend Olivia O’Leary attended his funeral on Monday. She told me this anecdote, recounted by a former foreign editor of the London Times: during the 1980s tanker war in the Persian Gulf, Robert was annoyed that a report he had risked his life for was buried on the bottom of an inside page. “I do not mind dying for the Times,” he telexed London. “But please could it be on the front page?”

Robert was eager to return to Beirut in October but was persuaded to wait until the pandemic eased. When he was hospitalized at St Vincent’s on October 30th, Robert asked his wife Nelofer to tell his editor he would file the following week.

Robert often asked people if they believed in the afterlife. He said it jokingly, to break the ice. If there was an afterlife, he promised, he would be the first journalist to file from there. I half expect to read his report, any day now.

Lara Marlowe is Paris Correspondent with The Irish Times