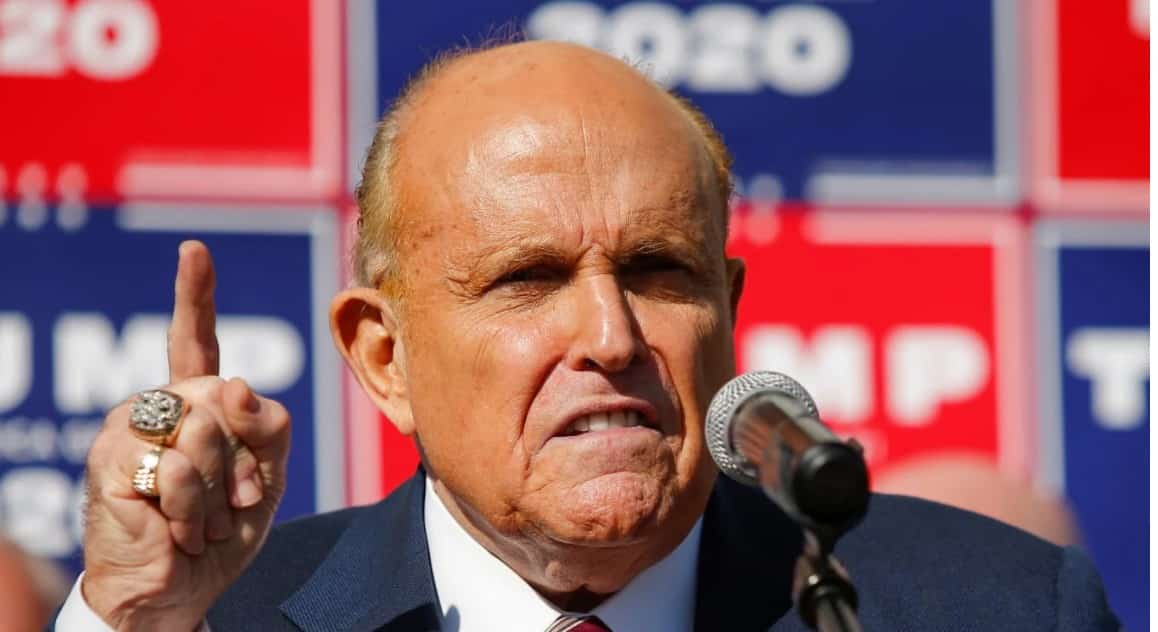 In a wild instance of the universe finally trying to make up for the measure of humor that has been stolen from us this year, on Saturday Rudy Giuliani gave a Very Important Press Conference at Philadelphia’s Four Seasons… Total Landscaping Company.

Some people have suggested that the president-deselect tweeted it out before making sure the Four Seasons was bookable, and then the broken, chain-smoking Trump staffer who is tasked with papering over reality to match whatever he blurts out had to scramble to find something to make it true. Others suggest that some hapless lackey called a Four Seasons without checking to make sure that it was the Four Seasons and some hilarious staffer saw the marketing opportunity of the millennium and went ahead and accepted the booking.

And, honestly, I can’t fault Giuliani for being porn-adjacent. I’ve been there, and it’s a space where plenty of people make a far more honest living than Giuliani has been lately. But I’ll tell you from experience: It’s not a place you want to accidentally end up.

"It doesn’t matter which is correct. This is a gift from our very best trickster gods at the top of their game, and we must simply accept it and clutch it to our hearts…"https://t.co/Gfq8UaguNj