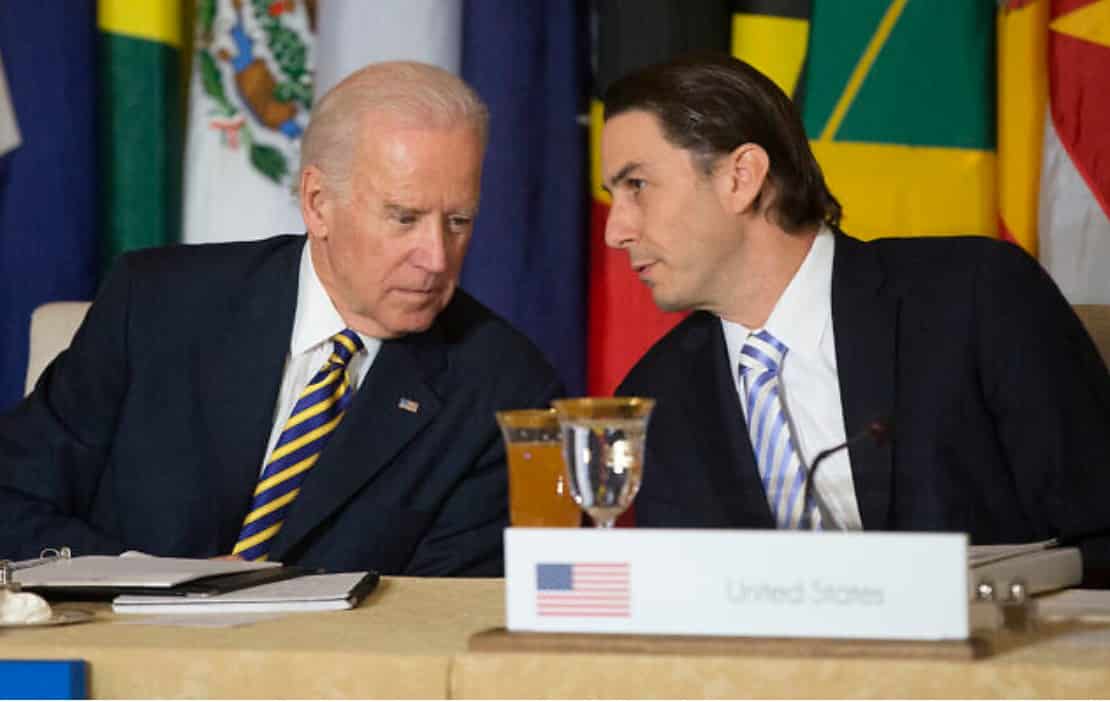 The Iran Deal is back and Israel will be safe, but only if Netanyahu steps aside and Israel returns to its limited apartheid socialist based government

VT: Has Russia, China or Israel been running Trump based on the massive payoffs he and his family have gotten from all three?

Or is Trump his own man, running a family based criminal empire, partnering with the Kosher Nostra that his aides and attorney meet with continually on trips to Ukraine and Russia?

What we do know is this, Trump is personally facing prison. There is no doubt at all, the cases have been made and he is going down, and many members of his family will as well.  This is real jail time, not probation or fines, but sentences that will have Trump dying in prison and his boys and daughter(s?) as well, if sources within the Manhattan District Attorney’s office are correct, and they generally are.

Years of financial frauds and cons were dodged, as corrupt New York officials covered for Trump and his crimes.

CBS News: Mr. Biden has made it clear he will take immediate action to rejoin the Paris Climate accord, cooperating with dozens of other nations to slow the human causes of climate change, and that he’ll renew U.S. partnership with the World Health Organization (WHO) to address the coronavirus pandemic.

On Monday, Mr. Biden’s team announced the creation of a COVID-19 advisory task force, stressing the focus that he and Vice Presdient-elect Kamala Harris will put on the public health crisis that has hit the U.S. harder than any other nation.

But there are myriad other global challenges on which the Biden administration is expected to quickly and aggressively re-engage with its allies, to the relief of many world leaders who have offered him their congratulations.

“A Biden administration would do the opposite of what the Trump administration has done” when it comes to global outreach and engagement, Mr. Biden’s lead foreign policy advisor Antony Blinken told CBS News’ Margaret Brennan a few months ago.

On the campaign trail, Mr. Biden laid out foreign policy objectives that return to supporting international agreements and U.N. organizations including the Paris Climate accord, the WHO, the Iran Nuclear deal, the North Atlantic Treaty Organization (NATO), and the United Nations itself.

“Trump was so crass in his attacks on U.N. agencies like the WHO that Biden doesn’t have to work very hard to show he is a different sort of leader,” said Richard Gowan, U.N. Director for the International Crisis Group (ICG) think-tank. “I think we will see the U.S. making a big point of re-engaging with the U.N. on climate change, global health and human rights.”

From the Times of Israel: 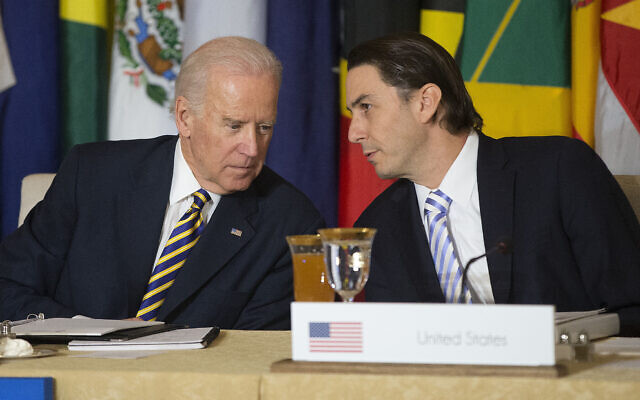 A former senior aide to Joe Biden said rejoining the Iran nuclear deal was “high on his agenda” and that the US president-elect would move to do so shortly after taking office.

“I believe that in the first months [of Biden’s presidency], we’ll either see him rejoin the deal fully, or what I would call ‘JCPOA-minus,’ meaning lifting sanctions in exchange for suspending some of the Iranian nuclear programs [developed] in the past three years,” Amos Hochstein said Sunday in an interview in Hebrew with Channel 12 news.

Hochstein, who served at the State Department and oversaw energy sanctions on Iran during former president Barack Obama’s tenure, said Biden wants “some changes” to the pact clinched in 2015 — and abandoned by US President Donald Trump in 2018 — including its expiration date.

The comments came as an Israeli news site reported the Trump administration — in coordination with Israel and Arab states in the Persian Gulf — was planning a bevy of wide-ranging sanctions on Iran to make it more difficult for the incoming administration to reenter the nuclear deal, which was negotiated when Biden served as vice president under Obama.

Quoting Israeli and Arab sources, Walla news said US Special Representative for Iran and Venezuela Elliot Abrams is planning to announce a raft of fresh sanctions on Iran every week from now until January 20. These sanctions will reportedly target Iran’s missile program and its support for terrorist groups, as well as focus on its human rights violations, making it harder for Biden to roll back such punishments.

Abrams met with Prime Minister Benjamin Netanyahu in Jerusalem on Sunday and was expected to hold talks with other senior Israeli officials. 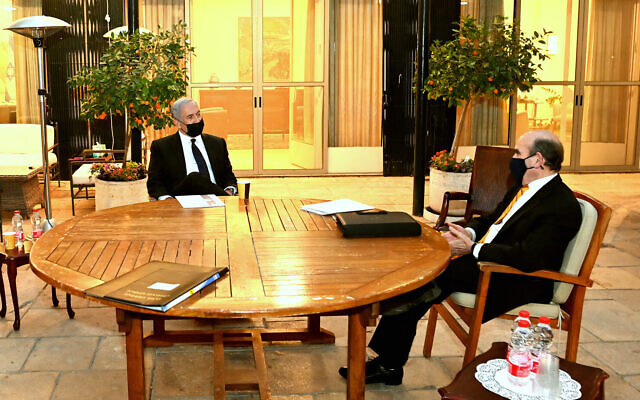 According to the report, Israel and Gulf states believe Biden will swiftly lift other sanctions on Iran’s nuclear program to restart diplomacy with Tehran, shedding some of the US’s leverage over the cash-strapped country. New sanctions, therefore, would keep up pressure on Tehran to compromise and likely keep Biden out of the international pact unless he lifts them.

“The goal is as many sanctions as possible by January 20,” an unnamed Israeli official was quoted as saying.

An Arab official involved in the negotiations told the news site, “The goal of the Trump administration is to impose sanctions that Biden cannot lift.”

Earlier Sunday, a senior minister in Netanyahu’s Likud party called for “dialogue with the new administration” to ensure that Biden does not reenter the pact under its previous terms.

Netanyahu has been a strident critic of the nuclear deal, arguing it did not put in place sufficient safeguards to prevent Iran from seeking nuclear weapons capabilities, and cheered Trump’s decision to withdraw from the accord.

‘Bring back the Palestinian issue’

In his Channel 12 interview, Hochstein also spoke to the Palestinian issue, saying Biden “sees the two-state solution as preferable to one state. And his fear is that if there is no two-state solution, in the end, it will lead to a binational state.”

The Biden administration will “bring the Palestinian issue back to the heart of the discourse,” according to Hochstein.

Trump unveiled a peace plan in January that envisioned a Palestinian state in some 70 percent of the West Bank, the Gaza Strip and some neighborhoods on the outskirts of Jerusalem. The plan was rejected by the Palestinian Authority, which has boycotted the Trump administration since its 2017 recognition of Jerusalem as Israel’s capital. 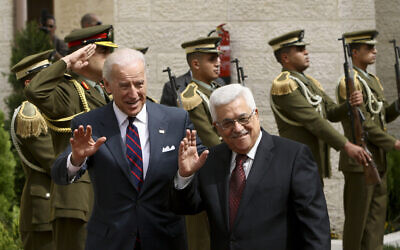 An unnamed senior official in PA President Mahmoud Abbas’s office was quoted as saying by the Israel Hayom daily on Sunday that Ramallah has sent Biden messages that the PA would be willing to resume US-brokered peace negotiations with Israel, but only from the point where they were halted in 2016 under Obama.

The official added that Abbas will demand that Biden immediately return the US embassy from Jerusalem to Tel Aviv, reversing a move Trump made in 2018, and undo Trump’s recognition of the Israeli capital.

Biden has previously said that while he plans to take a more evenhanded approach to the Middle East conflict than his predecessor, he will not overturn those decisions.

Hochstein also said he did not believe Netanyahu’s delay in congratulating Biden would affect relations.

“He’ll smile and move on,” he said of the president-elect.