Russian peacekeepers are deploying to Nagorno-Karabakh after a permanent ceasefire was established in the region at 00:00 local time on November 10. 1,970 troops, 90 armored personnel carriers and 380 units of other equipment are set to be deployed in the region. The core of the peacekeeping contingent will be units of the 15th Separate Motorized Rifle Brigade.

According to the statement signed by President of Azerbaijan Ilham Aliyev, Prime Minister of Armenia Nikol Pashinyan and President of the Russian Federation Vladimir Putin, Azerbaijani and Armenian forces halt their operations and keep the positions that they currently control. The sides also agreed on exchange of prisoners of war.

Additionally, Baku and Yerevan agreed on the following steps:

– Armenia should return control of the Kalbajar district to Azerbaijan by November 15, and the Lachin district by December 1, 2020. The 5km-wide Lachin corridor will be kept to ensure the connection of Nagorno-Karabakh with Armenia.  The town of Shusha remains in the hands of Azerbaijan. In addition, by November 20, Armenia should return control of the Agdam district and a part of the Gazakh district to Azerbaijan.

– Russian peacekeepers are deployed for the period of five years with an automatic renewal for an additional five-year period, if none of the parties to the agreement decides to withdraw from it.

– A peacekeeping center will be created to monitor the ceasefire and the implementation of the agreements.

– In the next three years, the sides will agree on a plan for the construction of a new traffic route between Stepanakert and Armenia along the Lachin corridor. When the route is created, the Russian peacekeeping contingent will be re-deployed to protect it.

– Internally displaced persons and refugees will return to Nagorno-Karabakh and the surrounding areas under the supervision of the UN High Commissioner for Refugees.

– All economic and transport links in the region will be unblocked. Armenia will take steps to provide transport links between the Azerbaijani mainland and the Nakhchivan Autonomous Republic. This will be overseen and secured by Russian border guards. It is planned to ensure the construction of new transport communications for this purpose.

It should be noted that the ceasefire deal was officially announced late on November 9, just a few hours after Azerbaijan shot down a Russian Mi-24 helicopter, which was escorting a convoy of forces of the 102nd Russian military base near the village of Eraskh inside Armenia.

The foreign ministry as well as the top military and political leadership of Azerbaijan, including the president and defense minister, immediately admitted the incident offering their apologies and proposing compensation to the Russian side.  According to Baku, the helicopter was shot down by mistake in a time of tension and Armenian provocations.

Open military conflicts always set conditions for various incidents involving forces deployed even in a relatively close proximity to the combat zone. The unprecedentedly rapid and straight reaction of Azerbaijan demonstrates that Baku was not interested in an escalation with Russia.

On the other hand, the location of the village of Eraskh is far from the actual combat zone. Therefore, there is a small possibility that this was a Turkish-instigated provocation/demonstration of force that should somehow warn and deter Russia from intervening into the Karabakh war on the side of Armenia.

This may be compared with the Turkish posture in Syria, when its warplane shot down a Russian Su-24 warplane in the first months of the Russian military operation there in 2015. Nonetheless, it should be noted that this Turkish demonstration led to little results and the Russian operation there turned the tide of the war to the favor of the allied government of Bashar al-Assad.

Expectedly, the November 10 peace led to a deep political crisis in Armenia, with chaos in the parliament and the strengthening of calls to dismiss Pashinyan from his post. In its own turn, the Pashinyan group fiercely resists this scenario pretending that it was not responsible for the loss in the war.

In fact, the outcome of the current Nagorno-Karabakh war was inevitable taking into account the foreign and internal policy posture of Soros-linked Prime Minister Pashinyan and his inner circle that seized power as a result of the coup in 2018. SouthFront in detail forecasted the war in Nagorno-Karabakh and its outcome in its analysis “Crisis in Armenia and Balance of Power in South Caucasus” released in June 2018.

Currently, the pro-Western Armenian elites will try to keep their power justifying the Karabakh defeat by some “insurmountable obstacles” and the lack of support from Russia. Pro-Western Armenian media has already started blaming Russia for the alleged betrayal.

If the Pashinyan clique somehow remains in power and succeeds in promoting its agenda, the withdrawal of Russian peacekeepers from the conflict zone and the full loss of Karabkah for the Armenians will become inevitable within the next 5 years. 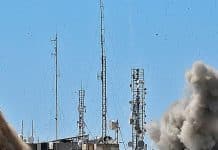