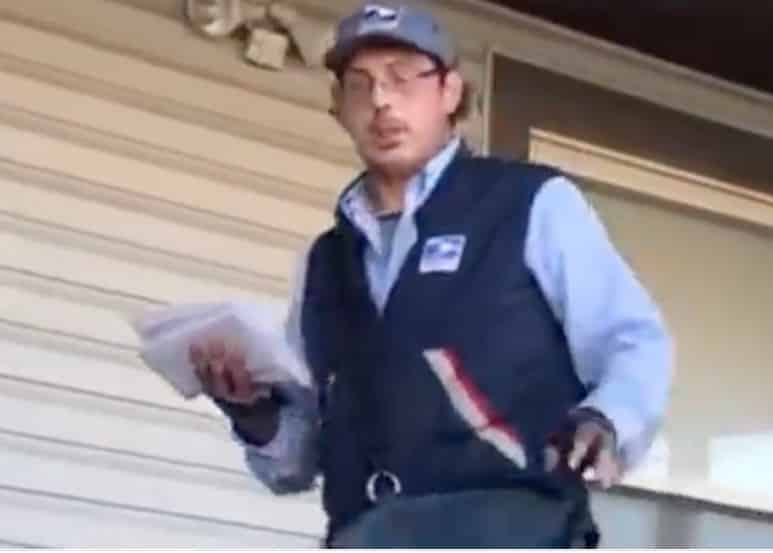 LacorteNews: GoFundMe has reportedly taken action against a fundraiser for USPS mail carrier Richard Hopkins who alleged election fraud on the part of his supervisors.

The page was started by Hopkins himself after he publicly came forward with the allegations. On the page, Hopkins points out that he is “willing to testify under oath that 2020 Presidential Election ballots are being backdated to November 3rd by my supervisors.” He suggests that he might lose his job because of his actions, directly or indirectly, and the raised funds would help him until he finds a new one. 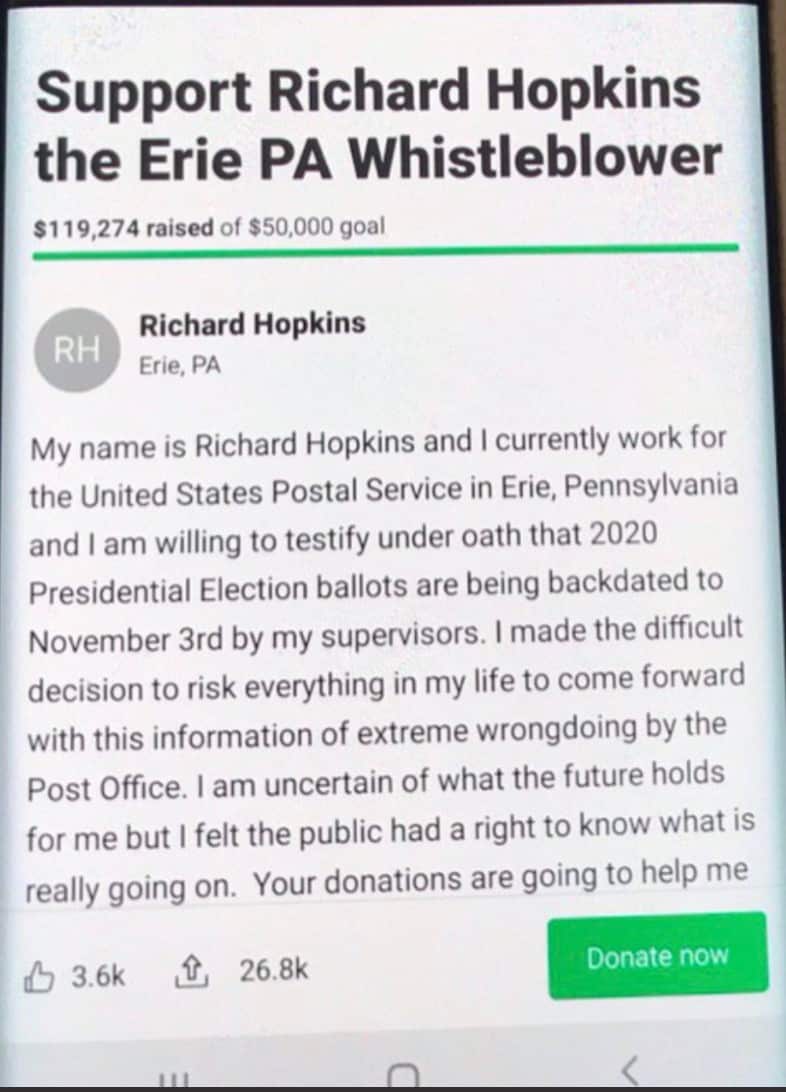 “The Post Office has already been threatening my employment. I am scared for myself, my family, and those closest to me,” he wrote.

Daily Beast: A postal worker whose allegation of corrupt mail-ballot counting in Pennsylvania was presented to Attorney General Bill Barr by President Trump’s allies as a reason to open an investigation into widespread voter fraud has reportedly recanted his claim.

BREAKING NEWS: Erie, Pa. #USPS whistleblower completely RECANTED his allegations of a supervisor tampering with mail-in ballots after being questioned by investigators, according to IG.

Democrats on the House Oversight Committee were informed by the U.S. Postal Service’s Office of the Inspector General that the USPS worker, Richard Hopkins, recanted his allegation Sunday after being interviewed by investigators Friday, a Democratic aide told The Daily Beast.

I understand that you are itching to find evidence of voting irregularities and fraud.

Meet Richard Hopkins who LIED about mail-in ballots being backdated. He used a GoFund Me page to raise 136,000 following promotion of these lies. He has recanted.

Hopkins had alleged that he overheard a postmaster in Erie, Pennsylvania, directing staffers to backdate ballots that were mailed after the Election Day deadline.

Hopkins’ claim, which was publicized by Project Veritas before getting the attention of the Trump campaign, was included by Trump’s GOP allies in a letter to Barr urging an investigation, and Barr greenlit the investigation a short time later.

The Washington Post reported that Hopkins not only recanted his allegations in a sworn affidavit but admitted to having made them up.

But in a YouTube video posted by Project Veritas late Tuesday, Hopkins called on the Post to “recant” their report and said “that is not what happened” and that he “did not recant” his statements. “And you will find out tomorrow,” he said, without elaborating.