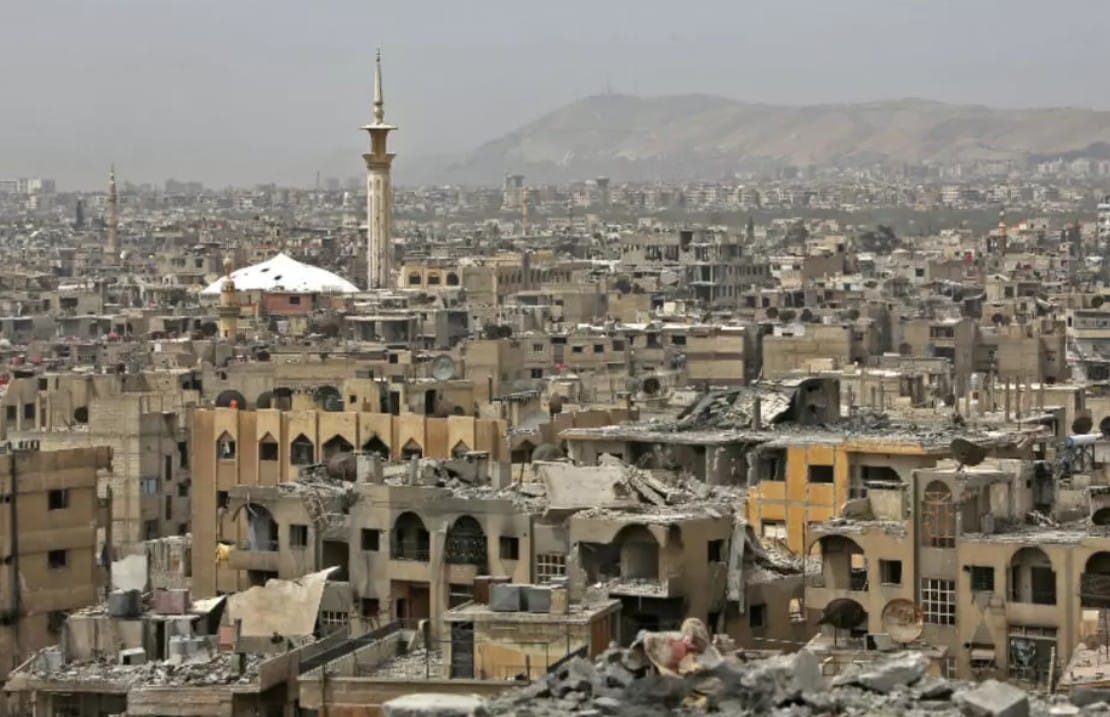 I am going to try and put the suffering of the Syrian people into a simple prospective.

After he finishes his work at the hospital, he drives a taxi. He makes 3 times his government salary per month. He spent 6 years at medical school and a further 5 years as an intern before gaining his qualification in cardiac medicine, that’s 11 years of his life to become a recognized doctor.

At the beginning of the war the Majority of Pharmaceutical factory’s were based in Aleppo all stolen and then destroyed all of the production equipment shipped to Turkey.

What remained were only a handful of factorys based around government cities in 2016.

It took me three days to find a pharmacist who had antibiotic medicine. Most medicines come from third world countries of a low standard, imported via the back door, often with strange side effects, not tested to EU or international standards, due to sanctions.

We can’t get quality medication to EU standard. During the Covid 19 outbreak, people still went to work. They had to. The Syrian Government is unable to offer any financial benefit,  such as financial support. They tried a lock down for a few weeks, strictly enforced, but it was damaging the already damaged economy.

The Syrian people are being slowly strangled by sanctions. Every day the grip from the USA and other western democracies tighten around the throat of the average man, woman, and child; a slow malingering death said one woman. In war we faced shelling and bullets and death, but that was quick. This is slow and painful and without mercy.

I have watched children at school lunch time ask a fast food takeaway how much for a sandwich, and the look they give as they find they don’t have enough money, and then turn around and leave the takeaway [vehicle].

Prices rise daily. Petrol is expensive, so taxi drivers are increasing the price of journeys. To purchase petrol is an 8 hour wait in queues, and that’s a day’s work lost.

Syrian people cook on bottled gas, they have no piped network. Bottled gas is in short supply, most heating for stoves and central heating is diesel, that’s become very expensive.

It’s difficult to understand a country like Syria, an oil producing country with its own gas fields and great natural resources that can’t produce its own fuel.

You have to look back to the war. Syria’s processing factorys were deliberately targeted and destroyed. ISIS and other terrorist groups captured Syrian oil fields and sold oil to Turkey. The Kurds did the same and sold to the USA.

Trump said no more boots on the ground and said the USA would withdraw from Syria. But, instead he sent the US army to the oil fields in Dier Ezzor and liberated the oil fields for the USA.

If Syria was a woman you would consider her a victim of gang rape. This is the history of Syrian petroleum and gas systematically stolen by various outside powers in occupied Golan Israeli state oil, Genie Oil, is illegally selling off drilling rights to foreign business including the USA, against UN charter and international law.

Summing up on petroleum, the money that should be going into the coffers of the Syrian state are now going to foreign oil companies; entailing a massive loss of revenue for the Syrian people.

On a daily basis, staple goods like fruit and vegetables have increased in price some 10 fold, meat is out of people’s reach. The cost of lamb and chicken is greater than most citizens’ budget.

One woman I spoke with told me for breakfast her four children have a one egg omelet and bread, split between 4 children, and that’s a luxury for them, a treat.

Bread Queues at government bakery can be as long as 8 to 9 hours, which is another working day lost.

Due to the scorched earth campaign in the last few months carried out by both terrorists and foreign powers, wheat citrus and olive trees have been all destroyed. Millions of trees burnt to the ground. Food that is normally abundant is in short supply.

Also Turkey stole and transported hundreds of olive trees and transported them to Turkey. Drones were used to start fires, as well as by clandestine operators on the ground.

I estimate that over half the cereal production of Syria was lost. The result is no food for chickens or livestock, so meat becomes expensive. Veterinarians are not able to obtain vaccines for livestock, and there are over 90 cattle diseases that can pass from cattle to humans; but we can’t get the medication needed for animals, as well as for humans.

Restaurants and cafes are having to buy gas on the black market at inflated prices.

In order to do so, price rises or smaller portions of fast food take place to allow for inflation. I bought a large French Fries sandwich yesterday; it was 1000 Syrian pounds, the small size was 800 Syrian pounds.

It was basically salad with a few French fries, the old price in the last two years was 250 to 500 Syrian pounds packed with French fries and a little salad to garnish.

Electricity rationing has always been in place since my arrival in Syria in 2012. In my area this was due to theft of power stations. I have witnessed power stations being dismantled by Turkish engineers disguised as terrorists in Douma. An average group of terrorists could not dismantle a power station and transport it to Turkey. You need technicians to do that; and factory production lines and power stations in Aleppo suffered the same fate.

I produced a documentary on this in 2016, which was placed on Youtube, and which was deleted by Youtube, https://youtu.be/tcrHA72kX-Q, but friends have saved it on other youtube type Sites.

Summing up on sanctions imposed by the West,

On an average day when I travel locally, I am asked by people begging in the street, usually old or with serious injuries or limbs missing, for money, not to feed themselves but for medication, they hold in their hands empty boxes of medical drugs. In one hour, 10 such people approached me in Bagdad Street, a main road in Damascus.

It is soul destroying, I am not a soft man. I have seen action in every engagement inside Syria. I have seen children die, and I have held them in my arms. Had people killed or torn apart next to me.

But this Hate crime of SANCTIONS really affects me, worse than war. I can see people slowly dying in front of me, little by little, but still the Syrian people carry on, still they try to survive each day and place food on the table and keep a roof over their heads; send their children to school sometimes without food.

Sanctions have the same results as medieval siege tactics, which starve people into submission, and that is what the West is doing. For the rich and elite in Syria, sanctions don’t affect them. They still buy the latest Mercedes or the latest iPhone; still eat in the best restaurants and hotels.

It’s the poor that sanctions hurt. Sanctions will not destroy the Syrian government but will destroy the poor and vulnerable.