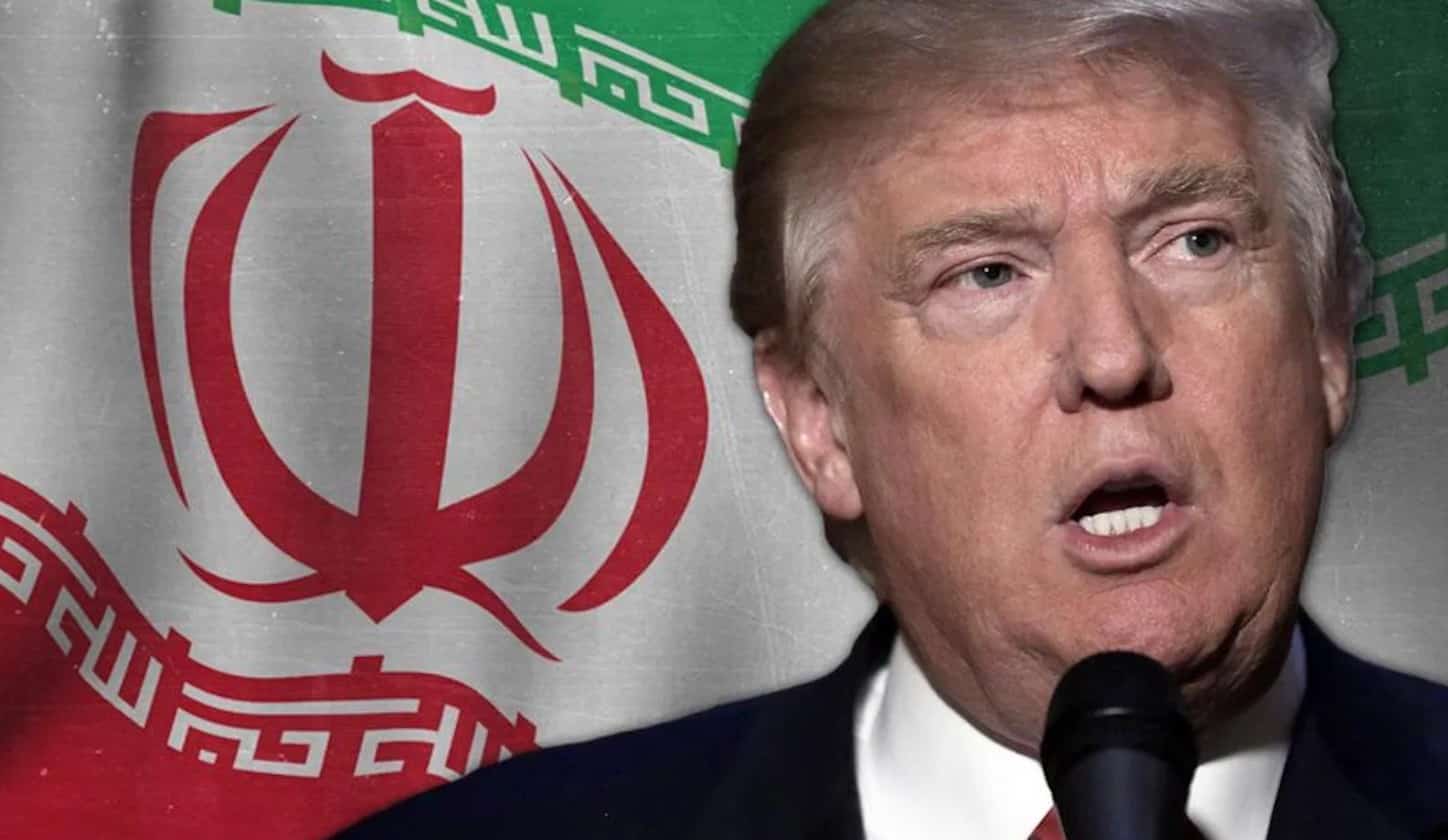 Veterans Today broke the story first, that Trump will be starting a war with Iran to justify use of military to stay in office and a war to prevent political transition to a democratically elected government.

To start the war, Trump will kill even more Americans adding to his list now sitting at 245,965.

Guardian: Extreme Republican partisans have been installed in important roles in the Pentagon, following the summary dismissal of the defense secretary, Mark Esper, at a time Donald Trump is refusing to accept his election defeat.

Trump should alarm all Americans and the World
The IRAN WAR of Revelation 6:4 is Next. https://t.co/dnUVr0xMlx

A nuclear attack on an American target, here at home or a major military facility in the Middle East has been authorized by Donald Trump.

Trump is trying to make Israel and Arab nations to become friends. He’s sending arms to Arab Nations. He’s putting all his little friends in the Pentagon. Could he be getting ready for a war with Iran? Then declare martial law and not leave.

That's what I tell myself. What's he going to do, start a war against Iran because you can't transition in a war? Seems ludicrous. But if you're not planning a war or a coup, why make these specific changes at the Pentagon? And, importantly, if they did this, who would stop them?

The launching of an outright war using nuclear warheads against Iran has been on the active drawing board of the Pentagon since 2005 https://t.co/HlXkFC6f4i @tonycheung927 pic.twitter.com/2LOeSST3uL

Trump will start a war, probably with Iran. He is positioning the Pentagon with his yes men to attack and then claim he can’t be removed during wartime

He’s trying to make Israel and Arab nations to become friends. He sending arms to Arab Nations. He’s putting all his little friends in the Pentagon. Could he be getting ready for a war with Iran? Then declare martial law and not leave.

Dismissal of the DS, then resignation of 4 seniors from Pentagon in 24h … There is something major going on behind the scenes, not just an electoral conflict. I think it's Iran or a war in general.

Trump's cleared out the Pentagon to start a military coup and war with Iran. His last ditched attempt to keep power.

Democrats immediately demanded explanations for the eleventh-hour personnel changes and warned that the US was entering dangerous “uncharted territory” with the reshuffling of key national security roles during a presidential transition.

However defence experts argued there was little the new Trump appointees could do to use their positions to the president’s advantage, given the firm refusal of the uniformed armed services to get involved in domestic politics.

Anthony Tata – a retired army brigadier general, novelist and Fox News commentator who called Barack Obama a “terrorist leader” – has taken control of the Pentagon’s policy department, following the resignation of the acting undersecretary of defence for policy, James Anderson.

Tata had been unable to win Senate confirmation after old tweets surfaced in which he expressed virulent Islamophobic views.

Meanwhile, Kash Patel – a former Republican congressional aide who played a lead role in a campaign to discredit the investigation into Russian election meddling – has been made chief of staff to the new defence secretary, Chris Miller.

The undersecretary of defence for intelligence, Vice Admiral Joseph Kernan, a retired navy Seal, was also reported to have resigned on Tuesday, and was replaced by Ezra Cohen-Watnick, a former aide to Michael Flynn, Trump’s first national security adviser who pleaded guilty to perjury.  Read more…

Why Trump may still wage war with Iran

Asia Financial Times: US President Donald Trump’s abrupt decision to fire his Secretary of Defense Mark Esper and replace him with hawkish yes-man Christopher Miller, who headed the National Counterterrorism Office and before that the Pentagon’s “special operations” program, has sparked fear in the US media as well as in Iran that Trump might be plotting to trigger a war with Iran before his scheduled departure from the White House on January 20.

Various US media outlets including the New York Times published headlines like “Trump fires Esper, the Defense Secretary Who Opposed the Use of Troops in the Streets.”

That’s true, but given the distinct possibility that Trump’s real motive was oriented more against foreign adversaries like Iran, such accent on Esper’s difference with the president on domestic matters may turn out to be journalistic myopia. Perhaps a more fitting headline would be: “Trump fires Esper, who opposed war with Iran.”

“The United States is not seeking a war with Iran…We are seeking a diplomatic solution,” Esper told the media in early January 2020. One step further, he even openly contradicted Trump’s claim that US-assassinated Iranian General Ghasem Soleimani was plotting attacks on four US embassies around the world.

Esper also stood up to Trump, who threatened to wipe out Iran’s cultural centers, by flatly stating that the Pentagon had no such bombing plans.

With Esper gone and replaced with a new acting defense secretary in the waning months of Trump’s presidency, the stage could be set for a US-Iran war in light of the related news from the US State Department that it plans a “flood” of new Iran sanctions in the coming days.

The outgoing Trump administration could thus be in the process of implementing a one-two punch, whereby the onslaught of new sanctions and other related pressures on Iran would be followed by “triggering events” such as anti-US acts of terror attributed to Iran and its proxies in Iraq and elsewhere, culminating in an all-out war.

In this vein, some foresee a delayed “October surprise” in light of the disputed US presidential elections, with the incumbent president desperately exploring legal avenues to overturn Biden’s victory and secure a backdoor second term in office.

The problem, however, is that there is scant evidence of voter fraud and most US pundits agree there is little or no chance of US courts intervening to change the election result in Trump’s favor absent any significant evidence of a “stolen election”, as falsely claimed by Trump.

But Trump’s hand might be strengthened if the US suddenly finds itself in a state of war in the coming weeks, creating an emergency situation that Trump would leverage to his advantage as a “wartime president” and then somehow use that stature to avoid being evicted from the White House.

Nancy Pelosi, the Democratic Speaker of the House of Representatives, has warned among others that Trump’s ominous decision to suddenly sack Esper and replace him – not with Esper’s deputy, as is the norm – but rather with a loyal hawk from another department has the potential to rupture a “transition of power” to Biden now widely being taken for granted by the Democrats.

In this war scenario, Israel, which dreads the departure of Trump and the prospect of an Obama-like detente with Iran under a new Biden administration, can play its part by staging a “false flag” operation targeting US forces in Iran’s vicinity, yielding the desired result in the form of a massive US military retaliation including a possible high-stakes attack on Iran’s nuclear facilities.

Some Israeli officials have already gone on record in media reports warning that Biden’s victory would mean a war with Iran. Saudi Arabia’s rulers, who are likewise petrified by the possibility of a new, conciliatory US approach towards Iran under Biden could also potentially lend assistance to such a shadow plot.

For Iran’s part, President Hassan Rouhani has reacted to Biden’s victory by sending a conciliatory message that emphasizes Iran’s determination to have a constructive rapport with the international community, while simultaneously calling on the US to honor its international obligations by returning to the Iran nuclear agreement, which Trump confrontationally abandoned.

Faced with the imminent prospect of a reversal of his landmark confrontational policies towards Iran, Trump could seek to frustrate Biden’s sanguine prediction that “the grim era of demonization” of Iran will end come January 20 with his inauguration as president.

There are other ominous signs of a dark plot. Mitch McConnell, the ranking Republican Senator, has decided to back Trump’s accusation of systematic election fraud, thus giving Trump a major boost in his stubborn battle to deny the will of a majority of American voters.

McConnell and other Trump loyalists inside and outside of the US government would, of course, rush to defend him in any potential confrontation with Iran, which will almost certainly not come as a result of any Iranian provocation amid the transition from Trump to Biden.

No matter the official justification for a war with Iran, there would be a huge public outcry and widespread suspicions of foul play that aimed ultimately at keeping Trump in power. Yet it is far from clear that Trump and his lackeys are beyond orchestrating such a nightmarish scenario for their own political ends.