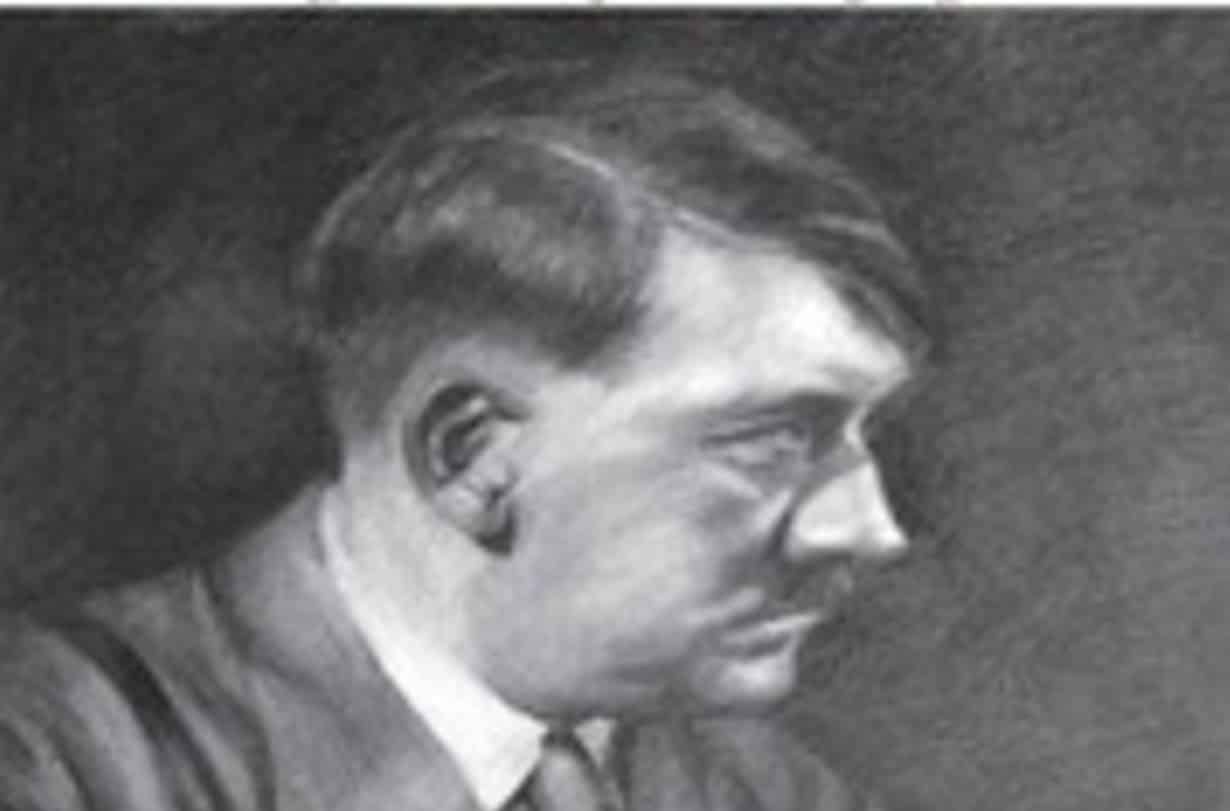 History is written by cowards and in many cases, as it is with Winston Churchill; mass murderers. The human race has lived in bondage for a thousand years and in that time only one movement has ever been made to change that appalling fact.

The cowards and the mass murderers have done their best to malign and slander that movement but there is a mystic aura left in its wake that all their sniveling cannot wipe away.

As Dylan said, “they say the darkest hour is right before the dawn.” But even in the darkest hour the Morning Star pierces the night sky with the promise of a new day. We will be examining the movement, and the valiant men and woman of that movement. Let us only hope there enough real men and woman left among us to live up to the standards they wrote in their own blood seventy-five years ago…

The SS have already gone down in history as the industrial era’s answer to the Greek Spartans. No competent historian can deny, love them or hate them, that they were men of valor not seen in a thousand years of recorded western history. As a military force they were peerless and extracted a toll from those who took them on in the battlefield that only a country the size of Russia could ever hope to endure.

We know the SS now for their ruthless fanaticism, which resulted in atrocities just as unprecedented as their martial skills, but the truth is the evil reputation of the SS traces not back to their enemies but to General Franz Halder.

Halder was Hitler’s chief of staff of the Wehrmacht till September of 1942 when it became apparent that he, either through incompetence or treason like much of the German high command, was almost singlehandedly losing the war for Germany and he was dismissed.

Halder issued orders to the Wehrmacht to exterminate whole villages in Russia and shoot commissars and Jews on sight, but for his services to empire in selling out his country, this was all pretty much ignored after the war, and Halder became the go to guy for British and American historians on the war. He used this position to relentlessly propagate the myths of the bumbling Hitler and the evil SS, whom he blamed for the Wehrmacht’s war crimes. – Jack Heart

Below is an assessment of the SS by a career military man, our readers know as Phil, using Hitler’s Revolution by Richard Tedor as his source:

A review of the Waffen SS section of chapter 5 in Hitler’s Revolution.

“I think the most important sentence is the entire section is this: “The Waffen SS demonstrates how National Socialism’s emphasis on personal initiative created the opportunity for flexibility and development on an unprecedented scale.”

As one looks back at military history one of the primary questions that arises is why did this occur; why was there a Waffen SS? During the beginnings of National Socialism, just as Hitler became Chancellor, there was much subversive activity in the nation, the goal of which was to destroy the new administration and replace it with Communism

The true National security issues led to the formation of an SS military branch. When Hitler became chancellor, Communists were still numerous in Germany. They hijacked 150 tons of explosives, of which just 15 tons had been recovered by the police by mid-March 1933. The exiled Communist Wilhelm Piech issued a proclamation in September, calling for a general strike and “armed insurrection by the majority of the German proletariat “to topple the” Hitler dictatorship. The police were neither equipped nor trained to suppress a possible uprising. The German army was not psychologically suited to wage urban warfare against elements of the indigenous population.

The police and army were not capable of the action necessary to stop the Communists. This is reminiscent of the date of my writing here. This then begs the question what kind of force could and would succeed in the mission to eradicate Communism from the nation?

My simple answer is to start with men of character proven warriors, who believed with their entire being in the vision of what their nation was becoming. The men should all have experience as fighters, been in the battles and shown that they have what is necessary to win. Take these already special men, train them to razor sharpness for the specific mission and mission accomplishment will follow. The more difficult the mission, the more specific the training needed to be.

The men who were to train this new, new to the 20th century, warrior were men who had acquitted themselves well during WWI. The development of Shock Troops during the latter years of the war was a great success and provided a view of the ideal types of training.

WWI Shock Troops were a great asset. “They were of different spirit than the mobilized masses. . .. In a world of standardization of soldiering, they proved that better trained, hand-picked soldiers, mastering the military technology of the times, were a match for any vastly superior, collective soldierly mass.”

Those who developed the SS training program had much experience from WWI. That experience and knowing that which they believed would suit the Fuhrer’s purpose, led to the development of the VT training programs. This was the birth of the Waffen SS, officially titled the Verfügungstruppe from 1935-1940. Abbreviated to VT(Ed: How Charming!), the expression translates literally as “Availability Troop,” meaning ready for immediate deployment.

The character of an elite warrior, a man of war, is of great importance to their military unit’s ability to successfully complete their mission, and to their society that they may eventually return to. It has been my experience that those with strong values and a concrete moral underpinning tend to be very successful and have the least problems when they return to society. This section and the entire book for that matter, address, character both national and individual.

Its (VT) members generally possessed better comprehension of the movement’s political objectives. The Junker School’s (SS Training Academy) goal was to produce men of refined, fearless character, chivalrous with an unblemished sense of honor and obedience, displaying helpfulness, camaraderie, and willingness to accept responsibility. Impeccable deportment in public and cultivation of family values were also prerequisites.”

I see many parallels of lessons learned by the US and German military leadership after WWI. As those lessons have the added the experiences of WWII and Korea the US Army developed a special fulltime force trained and ready at a moment’s notice to respond to Presidential orders as his shock troops. The development, selection and training is quite similar to the Verfügungstruppe, the Waffen SS, the Availability Troop. I refer of course to the US Army Special Forces, the Green Berets.

As I read through this section I don’t directly see a key point that I know is required, and it is where I started this review.

That missing point is the development of the soldier’s spirit and vision, those things which belong to the soul. Mind and body can accomplish much, add the soul as the motivator and nothing but greatness can follow. So how did those schools cultivate the spirit?

Many I believe came to the schools having already developed the spirit in combat or life. Belief in the ideal, religious type fervor comes from the soul and is enough to cause soldiers to climb into lion’s den. The ideal vision of National Socialism inculcated in the warriors, coupled with the knowledge that they had the ability to affect the outcome of that vision, is what I believe drove the SS to high excellence.” – Phil