Armenia is in a deep political crisis after losing the war in Nagorno-Karabakh and signing a peace deal with Azerbaijan.

Despite Armenian Prime Minister Nikol Pashinyan’s claims that “the loser is only he who thinks himself defeated,” agreeing to the peace deal was in fact the least Armenia could do to salvage a situation which was becoming more untenable for Yerevan with each passing day.

In its turn, Azerbaijan, which was on the brink of capturing the largest regional city, Stepanakert, and cutting off the Lachin corridor linking Armenia with Nagorno-Karabakh, was forced to accept the de-escalation due to the intervention of Russian diplomacy and the deployment of Russian peacekeepers who are currently taking up positons in Karabakh.

How did the Armenian state manage to lose most of Nagorno-Karabakh? The order of events is here:

Through all these years, Azerbaijan was actively preparing for a military push to retake the territories of Nagorno-Karabakh, which it had lost during the Karabakh war in 1988-1994. After testing the water on a few separate occasions, the most recent of which took place in July 2020, the Azerbaijani military with support from Turkish military specialists and Turkish-backed Syrian militant groups launched a large-scale military operation in the region on September 27, 2020.

The ill-prepared Armenian forces, overwhelmed in the fields of manpower, equipment and firepower, were defeated after about a month and a half of war and as of November 9, Azerbaijan had established full control of the key stronghold of Shusha, which oversees the capital of the Armenian Republic of Nagorno-Karabakh (also known as Artsakh), Stepanakert.

Throughout this losing phase of the war, Armenia tried a very questionable bid at “multipolarity” looking to get help from any direction, all the while not attempting to restore its relations with Moscow.

Essentially, no significant forces, equipment or hardware were actually deployed from Armenia to fight in Nagorno-Karabakh. Whatever forces were present in Karabakh fought, with limited support from “mainland Armenia.” Also, officially, Armenia did not send any of its regular troops to fight. What was there instead of that? Livestreams of Nikol Pashinyan in Facebook and multiple PR statements claiming victorious counter-attacks by Armenian forces.

The lack of any real action was covered by a very wide and loud media campaign calling for other countries to recognize Artsakh as an independent country, hoping that it would happen and that the Armenian government would not need to do anything on its own.

Ironically, while Armenia was demanding the world recognize Artsakh as an independent state, it itself as a state made zero steps in this direction. These factors led to Armenia ultimately losing the war.

The peace deal, which was a “very, very difficult decision” as per Pashinyan is a fact, and he’s now struggling to find whom to blame. He’s blaming other officials, other countries for not recognizing Artsakh as an independent country, his own military for not doing enough, and for sure the lack of support from Russia, who came to rescue the Armenians.

It is not known exactly where Pashinyan is now. He fled the government building amid protests demanding his resignation and is now mostly focused on making victorious Facebook livestreams.

If patriotic forces do not take power in Armenia and the globalist-controlled government led by Pashinyan or a Pashinyan-like leader remains in power, the destruction of Armenian statehood will continue in the coming years. At some point, this process could become irreversible.

As to the remaining part of Artsakh, its security is now guaranteed by the Russian military presence. Therefore, Stepanakert and nearby areas, including the Lachin corridor, just became areas of Russian influence and a further social, political and economic development of the region will not be possible without Russian involvement. 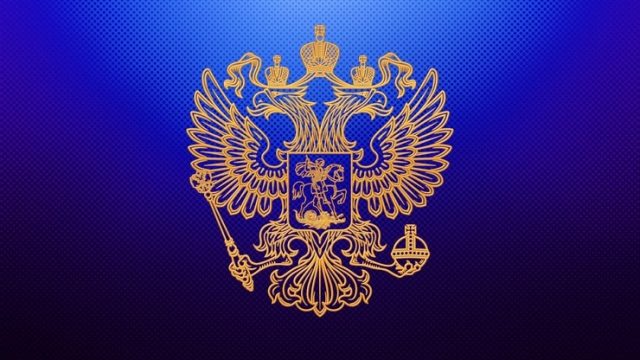