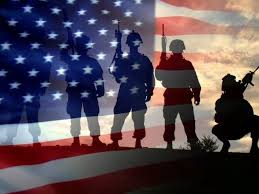 John Ramsay is the CEO of Infinite CBD. He is also an Iraq veteran. In addition to using CBD to cope with his own experiences abroad, John has made it his mission to increase accessibility of CBD for struggling veterans nationwide not only with his own company, but also through larger partnerships with organizations such as Weed for Warriors.

JEA: We at Veterans Today respect veterans and appreciate their service. But we also believe that our military men are fighting aimless and perpetual wars which always end up killing decent Americans. What’s your take on this issue?

JR: At our core, Infinite CBD has always focused on caring for people and helping change people’s quality of life, our Veterans included.  Having served in the Army, I know the life of Soldiers, Sailors, Marines and Airmen.  As the Brave, Few, Proud and Strong the level of commitment is like no other.

Service members pledge their bodies and their lives to this great country’s freedom, that pledge deserves an equal or greater commitment from the people that enjoy that freedom.  Working with great organizations like Weed for Warriors is one of the many ways that Infinite CBD participates in this commitment.  Together, W4W and Infinite are actively working on ways to get products in the hands of the people who need/deserve it in hopes it can help them cope with some of their issues and enjoy life a little more.

JEA: In their book The Final Days, Bob Woodward and Carl Bernstein quoted Henry Kissinger saying that military men are simply “dumb, stupid animals to be used as pawns for foreign policy.” What’s your assessment on Kissinger here?

JR: When I joined the Army in 1997, it was considered admirable or heroic to join the armed forces.  I recall my training, when 100 of us would be running in formation chanting things aimed at programming our minds to be trained for battle and the things we inevitably would see.  The Drill Sergeant would say things like, “What makes the green grass grow?” And to that we would answer, “Blood, Blood, Bright Red Blood” in a chant so loud it would be heard for hundreds of yards.

Of course, this was no cause for concern as the movies always depicted wars as a necessity of freedom.  That always makes it easier to be hung ho in the moment!  But much like a schoolyard fight, once it is all done you begin to feel some remorse.  You start to quantify the loss and those numbers are sobering.

So sobering they cause you to rethink your actions and the actions of those above us.  If you ask the 23-year-old soldier John Ramsay, I would say, “Send me in with an AT4 and a Humvee and I will take them out my damn self!”.  Ask the forty-two-year-old John who is the CEO of Infinite CBD,

“War is inevitable, it has happened for centuries and will continue to.  We need a better plan in place for the Veterans who return.  The care of those who have born the war should be ultimate and unlimited.  It should be a reward for offering the ultimate sacrifice.  In addition, those who have gone to war should be paid accordingly. We pay politicians for the rest of their lives after serving a four-year term, why not that of the Vet who acted under their leadership?”

JEA: How is Infinite CBD preparing to help veterans who have been addicted?

JR: “dumb, stupid animals to be used as pawns for foreign policy.”

At the heart of it, I guess this may be half correct.  All branches of the military are full of service members that are considered numbers and not people.  Those numbers of people serve at the disposal of the Department of Defense whom is commanded by the President of the United States.  The part where we/they are considered to be dumb, stupid animals couldn’t be farther from the truth.

In my close to nine years of serving, I met the most amazing people you could ever imagine, all from different walks of life.  Many of them were brilliant and I had no idea why they were in the military at all.  I thought they should have gone to some prestigious college where they would learn to someday cure the world’s woes.  The ones who I thought did belong, were the best of the best.  The ones who ran faster, did more pushups, and loved sleeping in the suck, they belonged there.  I learned so much from both sides that there is no way I would ever refer to them as stupid or dumb – in fact, I prefer we just call them heroes.