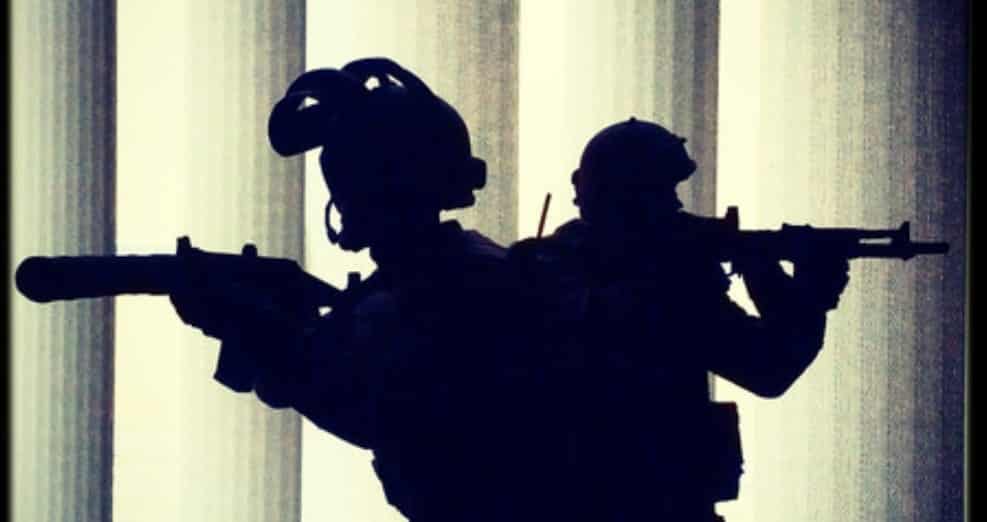 RT/Moscow: Australian Prime Minister Scott Morrison has said that the nation must be prepared to deal with “brutal truths,” as officials are gearing up to examine the report on its troops’ alleged misconduct in Afghanistan.
FILE PHOTO: An Australian soldier in Afghanistan. October 2010. © AFP / Deshakalyan Chowdhury

The government is appointing a special investigator to examine and potentially prosecute the allegations of misconduct of the troops in Afghanistan, Morrison announced.

The inquiry into the actions of the army was commissioned in 2016. The redacted version of the final report is due to be released next week.

However, portions of the document leaked to the Australian media have already painted a harrowing picture with stories of commandos allegedly torturing and executing civilians and prisoners.

Morrison warned that the details of the report may shock the public. “This will be difficult and hard news for Australians, I can assure you,” he said.

The PM added that the future legal procedures would “require us to deal with honest and brutal truths, where expectations and standards may not have been met.”

When asked if the soldiers found guilty of crimes could be stripped of their medals, Minister for Defence Linda Reynolds said that all “options and recommendations” will be considered.

Reynolds noted, however, that the contents of the report in “no way” have cast a shadow on the vast majority of the 39,000 Australians who had served in Afghanistan and had done so “with great distinction.”

Australian commandos were deployed alongside the US and allied forces in Afghanistan to fight the Taliban and Al-Qaeda militants after the 9/11 terrorist attacks as part of the US-led ‘War of Terror’.

FILE PHOTO: A Special Air Services (SAS) soldier stands in front of a recruitment poster in Sydney October 20, 2003 after a demonstration of their skills as part of a public recruitment drive for more than 300 elite SAS troops by the defence force. ©  REUTERS/David Gray DG/PB

As Australians wait for a senior judge to conclude his inquiry into allegations of war crimes by elite special forces in Afghanistan, a top-secret briefing has revealed torture and murder were deemed part of “the banter.”

As a young boy growing up in Australia playing soldiers with my childhood mates, no one ever wanted to be the enemy. We always wanted to be in the Australian Special Air Service Regiment – the SAS – the elite group of finely trained commandos who fought under the motto of “Who Dares Wins.”

Australia was at war in Vietnam during those years and we loved the idea that the Viet Cong forces feared us far more than they did the US troops we fought alongside. Some of my pals had older brothers who, we were told, were fighting for our freedom from Communism. They were our heroes.

How things change. Because now a top-secret briefing brands some Australian SAS members as “psychos.”

The SAS was famous at home for sending out special operations units into the dripping jungles of Vietnam for weeks at a time, where they would not exchange a single word between themselves, communicating only with hand signals in order to maintain complete silence as they stalked the enemy.

As one writer put it later, “brutality doesn’t always inspire fear, and fear is what struck the hearts of Communist forces when they knew they were up against the Australians. The Aussies brought a death the Viet Cong might never see coming.” Dangerous, romantic stuff.

In our minds, it was clear. We were not the same as the brutal US troops. It was them, not us, who slaughtered 500 innocent villagers in the My Lai massacre of 1968. Our soldiers would never do anything like that.

Until they arrived in Afghanistan.

Leaked details from the briefing, compiled of interviews with special forces soldiers and whistleblowers – prepared for Australia’s highest-ranking officer, General Angus Campbell, by defence consultant Samanthan Crompvoets back in 2016 – make for damning reading.

Earlier this year, a shocking video showing an SAS soldier murdering an innocent civilian surfaced thanks to one of those whistleblowers.

So serious are some of the allegations that the briefing proved a catalyst to a four-year Inspector-General inquiry into war crimes by senior judge Paul Brereton that is expected to be completed shortly.

One interviewee reveals in the document, “Guys just had this blood lust. Psychos. Absolute psychos. And we bred them.”

The report reveals that unarmed Afghan civilians and prisoners were shot or had their throats slit by some Australian soldiers with a “large number of illegal killings often gloated about.”

As further details of that briefing leak out, the truth emerges of the slaughter that the Aussie SAS rained down on innocent Afghans, murdering them, torturing them and throwing their bodies in rivers. We are now a nation disgraced by our special forces and their culture of death.

“Soldiers would do bad stuff to fit in. It becomes part of the banter.” Banter? Slitting a young boy’s throat, tying him a bag and tossing his corpse in a river is banter?

The briefing cites “repeated issues of misconduct in SOF (special operations forces) … for which blowing off steam is a grossly inadequate explanation for behaviours.”

Journalist Chris Masters, who was the only reporter embedded with Australian special forces in Afghanistan, said that in the early days of his country’s involvement, the predominant view among snipers was that the number of deaths didn’t really matter. But he did hear of one soldier claiming 84 lives.

Things changed, however, and Masters said that in the latter stages of the Aussies’ deployment there was competition among patrols to see who could claim the most deaths, with ‘kill boards’ keeping total as the bodies piled up.

And while this seems a gross distortion of the role we all expected from the SAS, Masters points out that the military leaders of the coalition forces ran their own version of this gruesome contest, with the Joint Priorities Effects List. This was essentially a wall chart, like those used to describe a large business hierarchy, which listed the top enemy personnel targets for the coalition.

As Masters said, “These were the people they were gonna go after.” To any layman, this would appear to be an upscale version of the snipers’ kill board.

Outside of the international military coalition, Australia also pursued its own National Priority Targeting, which meant, said Masters, “We gave emphasis to chasing down the people who had killed our own.”

It all seems too much like a game. Catch and kill.

The SAS motto reinforces that approach. Who Dares Wins. It implies that indeed there are winners, just like a game. And just like a game, there inevitably losers. But what about the rules? Every game is played by rules. Well, if those rules stop you from winning, just break them.

Special forces soldiers told Chris Masters, “We are encouraged to break the rules but not the law.”

That’s where it all went wrong in Afghanistan. The briefing reports that from 2001 to 2015, there was a “blurring of mateship with leadership” among the SAS personnel.

In Australian culture, this has some serious consequences, because the cornerstone of this powerful bond of Aussie mateship in the vernacular is, “You don’t dob on your mates.” You support them no matter what. You do not grass or betray them even if they have done wrong – even if it means you face repercussions yourself. Those who break this golden rule find themselves marginalised and ostracised instantly and ruthlessly.

The problem in military life is that you don’t want your leaders to be mates with those they rank above, because that mateship undermines authority. And if you have no authority, you cannot enforce the rules.

And if you cannot enforce the rules, then you have soldiers doing as they please, when they please to whomever they please. This, it seems, is what happened in Afghanistan.

ALSO ON RT.COMSAS should have oversight – MPs call for end to special forces secrecyWhen the Brereton report is finally released, no doubt there will be soldiers sent to trial accused of war crimes. That much is certain. Already, the Australian Army is rebuilding the cultural and ethical base of its special forces.

But there should also be some serious soul searching in Australian cultural life, not just the military, about the whole ‘mateship’ ethos and what the duties and responsibilities wrapped up in that bond actually look like, and whether or not they are healthy.

Not a nation given to much introspection, for Australians this will be personal and painful. But absolutely vital in the light of this national disgrace.