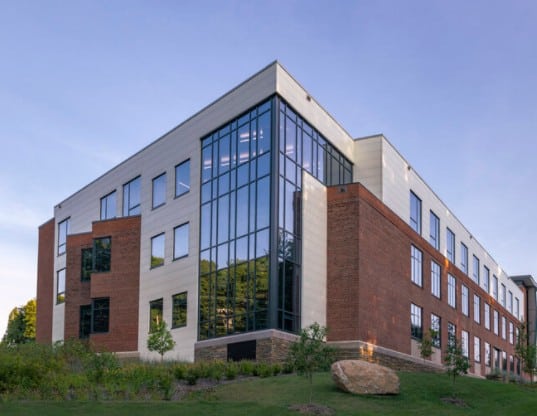 WASHINGTON (JTA) — Jared Kushner and Ivanka Trump pulled their children out of a Jewish day school in Washington, D.C., two weeks before Election Day and three weeks after an outbreak of COVID-19 cases in and around the White House.

The couple’s children had attended the Milton Gottesman Jewish Day School of the Nation’s Capital since moving to Washington in 2017 after Donald Trump, Ivanka’s father, became president. Their three kids started a different school, the Melvin J. Berman Hebrew Academy in suburban Maryland, on Oct. 19.

“They withdrew from the school,” a spokesperson for Milton, as the school calls itself, said Wednesday in a statement.

A source close to the family said they withdrew because Berman offered more in-person classes during the pandemic. Jared Kushner said in August, amid national debate about whether schools should reopen, that he would send his children to school in person if he could. Berman switched to mostly in-person during September and October after opening virtually, according to its website.

But three parents of children attending Milton, which is switching to fully indoor, in-person classes next week, said the withdrawal came after parents raised concerns that Kushner, President Trump’s son-in-law and top aide, and Ivanka Trump, his daughter and also a top aide, were seen at events not complying with the coronavirus protocols that Milton demanded of its parents.

The protocols, which the Jewish Telegraphic Agency obtained, are based on Centers for Disease Control guidelines and ask families to avoid gatherings off campus where social distancing is not practiced or masks are not used.

“Students and families are expected to adhere to any and all social distancing guidelines and mask requirements while not on campus to minimize the risk of contracting COVID-19 as well as reducing the risk of exposing employees and/or MILTON’s students to COVID-19,” one passage relevant to parental compliance says. “To help reduce the risk of COVID-19 exposure at the School, the School asks all families to limit their attendance at large public or private gatherings, events, and other activities to those where social distancing can be maintained and guidance regarding masks is followed. Families and students should avoid hosting or attending large gatherings where proper social distancing measures are not feasible.”

The protocols were in place in late September when the lack of masking and distancing at White House and Trump campaign events became a major public health issue.

Don’t miss developments to this story or similar news — sign up to receive the JTA Daily Briefing in your inbox.

One parent said a breaking point was the Sept. 26 ceremony at the White House nominating Amy Coney Barrett for the U.S. Supreme Court to succeed the late Ruth Bader Ginsburg. Kushner and Ivanka Trump were not reported to be at the event, but at least 11 guests later tested positive for the coronavirus, including the president and others whom the couple encountered in the following days.

That included Sept. 29, when Ivanka Trump traveled to Cleveland for the debate between her father and Joe Biden. Trump’s family disregarded orders set by the Cleveland Clinic to wear masks throughout the debate. Photos showed Ivanka Trump watching the debate with no mask.

“There was concern for the safety of children because it was very clear the Kushner parents were violating public health recommendations,” said the mother, who spoke on the condition of anonymity because her employer bans interactions with the media.

Another inflection point, the mother said, came days later on Oct. 2 when Donald Trump announced that he had contracted the coronavirus. She said the school would not tell the parents whether the Kushners had informed the school of the last day of contact between the president and his grandchildren. (Trump also declined to make public the date of his last negative COVID-19 test.)

“At the same time of rising cases in the states and children going back to school, we were seeing the Kushners violating quarantine requirements,” this mother said.

Milton is split now between remote and in-school learning. Of special concern, said the first mother, was that the Kushners’ youngest child was in pre-kindergarten, which was indoors. (Classes for older children were held outdoors.)

“Masked, but indoors, and there are the Secret Service, who are with the children,” she said. “That was also a concern.”

The first parent said that as of next week, most Milton classes would be indoors three to four days a week. The Nov. 16 return to almost total in-person schooling has been known since before the Kushners’ withdrawal.

That parent and a third with knowledge of the situation — who have no relationship with each other — said the school tried to work out a compromise with the Kushners with the understanding that the couple needed allowances in their capacity as senior governmental aides who also were in senior positions in Donald Trump’s reelection campaign. There was no agreement in the end.

Avi Berkowitz, a close aide to Jared Kushner who is also the administration’s top Middle East peace negotiator, said the idea that COVID-19 rules had led to the family’s departure from the school was inaccurate.

“The Kushners protect the privacy of their children and won’t engage in idle gossip,” he said.

The family’s withdrawal came just weeks before the election to determine whether Donald Trump would serve a second term. It is unknown whether they plan to remain in Washington or return to New York City now that Joe Biden has won, though the president continues to claim election fraud and has not conceded.