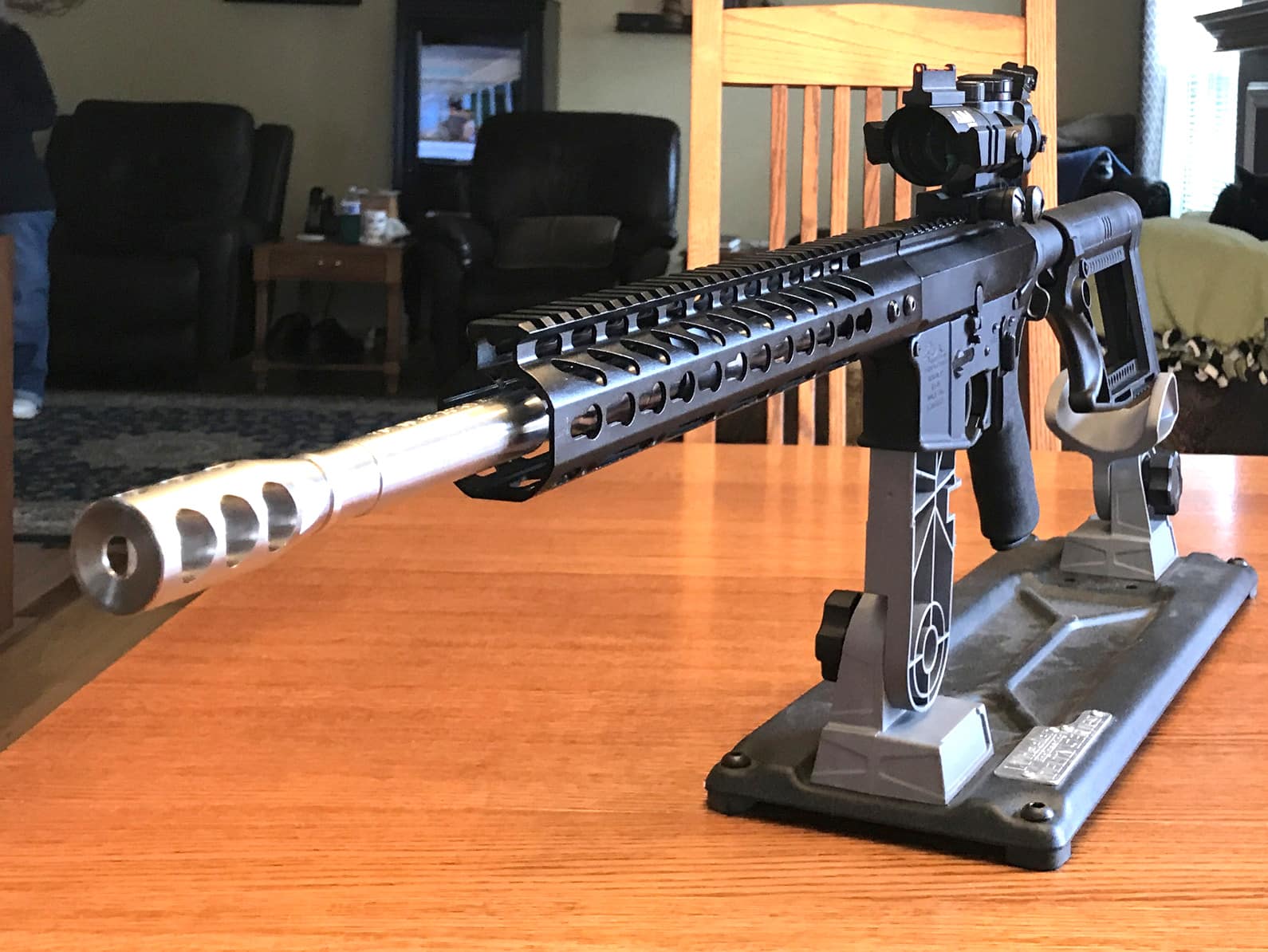 Ignore the gun photo.  It was handy.  First read this boring crap from USA Today:

The fall surge is now killing Americans almost as quickly as the worst week of the summer surge. After that, deaths will be measurable only to last Spring’s surge, when for more than a week daily deaths averaged over 2,000.

President Donald Trump and others had brushed aside the sharp rise in daily infections, saying improved treatments have lessened COVID-19’s deadly impact. And for awhile the average daily death total was well below 1,000.

That was then, this is now. The sheer number of infections has driven hospitalizations to record levels. And in the last two days alone, more than 3,200 deaths have been reported.

Some strange stuff is going on. We aren’t going to go into much of it but millions of Americans are now turning to the US military to protect them from a government entirely under the control of corrupt special interests. This is not going to turn out well.

It is vital that a consensus is reached, not by government, but by the majority of Americans still capable of standing by their nation, as to how to keep us alive.

1893 Americans died of COVID yesterday and 61,000 are hospitalized. These are numbers that tell us something very wrong is going on and that the last two weeks has been a disaster. It was either the election, that we have all gone crazy or someone is doing something to us.

I tend to run to the latter. We are still masked up and “socially distanced” here, which brought our COVID rates to nothing in June.

Trump has quit. I am not sure what he could be doing, so blaming him is a waste of time.

Is it people not wearing masks?  Is it the schools?  We just closed all of ours again and Republicans did it here.

Our hospitals are not totally full but, in early October, they were totally empty. Now they are mostly full, with an expected huge death spike in 10 days, and we don’t know why.

I live in an area, other than restaurants and boat fixers, of chicken killers and high tech assembly. We have 8000 job openings here and NO takers, some of them almost real, no benefits mind you, not a working wage, and no takers. We even need more people to make ‘help wanted’ signs.

Why is no one willing to come back to work or come here to work? (West Michigan)  This is an area where people normally flock to, other than it is freezing here 9 months of the year.

We aren’t being told who is dying, where they are, what has brought about this massive surge and how we can keep ourselves safe. It is down to that.

Political appointees are responsible for this, but then this is not a “politics” article.

Back in October, we still had days we lost 200 people a day, sometimes more and the figures VT had worked out seemed wrong.  We projected, by the end of 2020 that 3.41 percent of all positive tests would die from COVID, a real figure 30 times higher than politically reported.

That figure, as of today, stands at 3.59 percent and is flat.  Considering most show almost no symptoms at all, COVID is far more deadly that most thought.

Work your way though the whole thing here.  I will keep politics to a minimum.

Some choose to deny, out of fear and weakness, that COVID is a monstrosity. Politicians have pushed this, as has Russia and Israel. It could only be done to destroy us. The current surge is real, and I am locking down. I hate this, every aspect of it. I feel like I am in prison.

Some of us are breezing through this disease, and I am very glad this is true. My 4 year old grandson has gotten through in days, much better as well. That the vast majority of us don’t get that sick is good.

The number, however, of those who get very sick, yes based on being overweight, diabetes, heart disease, asthma, or unnamed ethnic markers, very suspicious, is growing exponentially.

We have now cut over one year off our national life expectancy.  Those who die are losing 8 years, which means we are still mostly losing older people.

What does this mean?  In the last month, in my town, 8 people in their 60s died, white, affluent people who are hard for authorities to ignore. Ignoring poor or black or Hispanic people or Navajo Indians is easy.

First time COVID hit, massive casualties in a few areas only, reefer trucks for the dead, entire Jewish neighborhoods surrounded by National Guard, it was crazy. Then, by June, state governors cut it to nothing.

I held a “thank god it’s almost over” party in June. We had no active cases where I live.

I am surrounded by overfunded hospitals and basic “rural/affluent” community services. We are in trouble here, yet our local news is hiding this, no reports, not unless you go to the County website.

As many of you as possible need to start listening to Joe Biden, even if you hate his guts.

There is a very serious problem going on and I am very much one of all of you, sick of a missing year, sick of it all. We are all a bit crazy as well, stress isn’t supposed to go on this long with this many people, except maybe during a world war. Few alive can comment on this anymore.

Trump has quit and reliable reports have him out of whack.  Right now, the GOP, who controls the Senate and may well later on also, has failed to rein him in and govern. Under Trump, party enforcers castrated the GOP after McCain’s death. It became useless.

Over the past couple of days, TV shows have restored some reality to America and they have hit hard. Those shows are two episodes of the Good Doctor, the trifecta by Dick Wolf, Chicago Med, Fire and Police and two released episodes of SWAT.

VT has its own ideas about COVID. We know a version was created in 2017 at University of North Carolina.  Based on “means, motive and opportunity,” the US Army, at the Wuhan Military Games in October 2019, could have and we believe did bring COVID 19 to Wuhan.

The proof for the second is circumstantial only. For creation, it is rock solid, published papers that intimate that vaccine research was part of the study. We are concerned about this aspect, and who or what may have brought this pandemic about.

We don’t remotely consider it is accidental.

Something is going on with our economy that virtually nobody understands but our ability to solve our own problems and defend our country, largely from shadow enemies outside and a massive 5th column domestically.

Our new shrunken economy won’t be able to support not just our military. We are going to be forced to turn into regional fiefdoms. We are borrowing our way into a false reality, and we won’t be able to control the eventual inflation and interest rates that should come from this.

Eventually, this will end up bleeding the United States totally dry, although we are already too far along this process. We can no longer survive with our sick tax system, our massive military and our gluttonous lifestyle.

COVID has left America smaller, a smaller economy and a more divided nation than at any time in our past. I blame the internet, empowering the evil, rallying the bigoted and foolish.

No accident here. The entirety of Silicon Valley is Mossad controlled, and the Mossad is simply hired to run our tech lives.  They work for bad people who hate us, but if they didn’t screw us, someone else would. We have a wealth of domestic traitors as well.

Here is what I am asking:

Be much more careful for the next few months over COVID even if you are a low risk person. Wait out this vaccine thing.

I need to travel, it is not avoidable, and nobody will take us until and unless we can prove we are vaccinated. I want a vaccination, and I want a biometric passport of some kind stating which vaccine, when and where vaccinated so I can prove, with 90 or 92 percent accuracy, that I am safe.

I also want to be safe, I am a diabetic over 70. I, as with Trump, don’t believe a simple disease can kill me. This means I also may have mental problems as well.  Do you also?