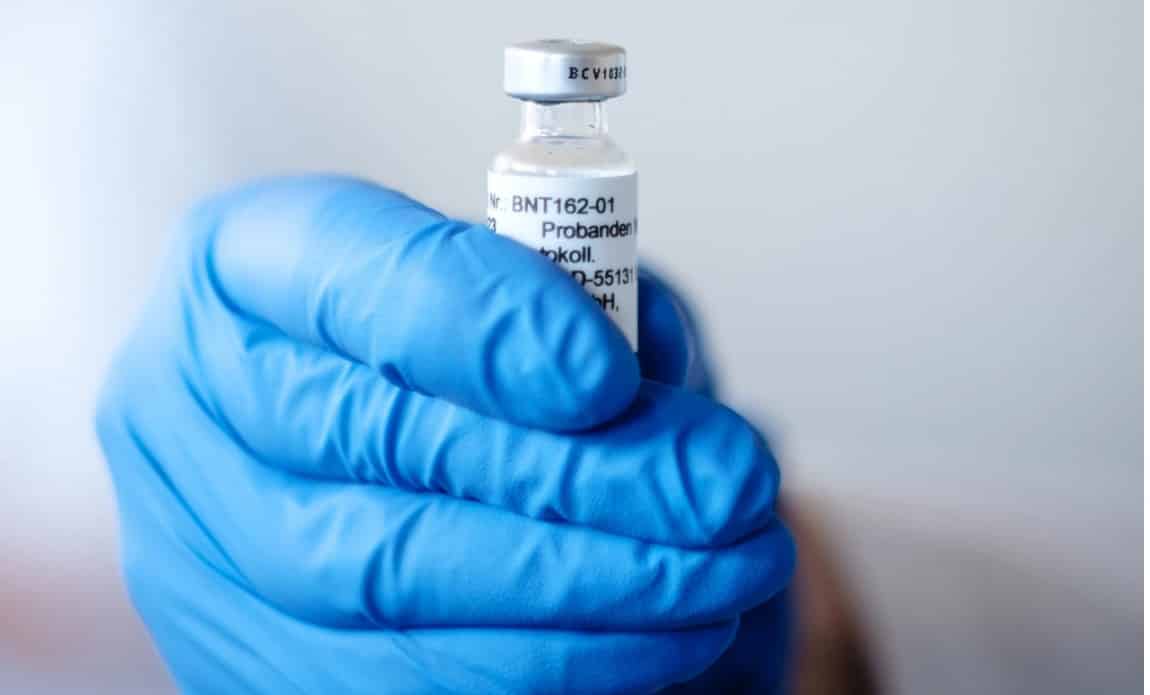 [ Editor’s Note: VT has been wondering why Trump has kept such a low profile, which is out of character, especially in the middle of a big fight. The only credible reason we see is after the TV networks cut him off when he began his rant about the stolen election, he went into a meltdown.

We think the White House staff is trying to get him back into shape so he can go in front of the cameras again. But they will cut him off again if he were to try to rally his base with cries of a stolen election, a violation of FCC rules (inflammatory fake news) and one that major media is in total agreement on.

Before the current meltdown, we had his earlier meltdown, when Pfizer announced its testing was completed just after the election. Trump went berserk over that, thinking the company had held back on the announcement.

And maybe Pfizer did, knowing that he was going to take all the credit for THEIR vaccine which they self funded. Talk is going on now that part of Trump’s holding up the transition for president elect Biden is to punish Pfizer and Biden by preventing all the distribution, logistics and training that needs to be done to get the first doses to the frontline Covid workers. Backup support for hospital readiness should be in motion now.

A two month delay is going to result in a much higher death rate in February, which the Trumpers can claim is on Biden’s watch.

The other political drone hovering over us on blocking the certification of the election is that if Trump does not get saved by the Supreme Court declaring a fraudulent election, then Republican legislatures could trigger their nuclear option, which would be to not send their electors to DC to finalize the new Biden administration.

If that were to happen, we would then enter into the constitutional Twilight Zone, and that could be one hell of a rough ride… Jim W. Dean ]

Trump tried to take credit for a promising COVID vaccine he had nothing to do with and was promptly told to F off. pic.twitter.com/YDxvEoikQ1

VT: Coordination for distribution of Pfizer’s new vaccine should be underway as the nations biggest single response to crisis in her history.  Nothing has happened.  Trump is “blackballing” Pfizer and their vaccine.

Olivia Troye: I was on Trump's COVID task force. His transition antics are sabotaging the vaccine.

"The Trump administration has stopped all transition activities and funding, and that will slow — if not completely halt — vaccination efforts."https://t.co/PH8c5JyCAQ

Biden isn’t getting briefings, nor is Pfizer, nor are the states and cities in what should be the biggest and most complicated effort since the Manhattan Project.  Instead, it has hit not just “back burner,” it is being sabotaged in a Hitleresque move to punish the American people for betraying the Trump family.

Advisers to Trump’s own COVID task force concede that his refusal to concede and begin the transition is going to make Biden’s implementation of vaccine distribution plans harder and lead to more death. https://t.co/FUU63xKsCX

Almost nobody has seen Trump in days, not in hitting distance.  In fact, the childish mayhem isn’t his at all, not even the Trump family’s.  They are all positioning to avoid prosecution or cutting the best deals they can.  They may even turn on each other.

The real problem is the vaccine issue.  Trump’s biggest personal issue, what he sees as a betrayal, is Pfizer.  They didn’t take government money and decided to withhold their vaccine announcement until after the election.

Trump reportedly went apeshit on his FDA chief hours after Pfizer made its vaccine announcement on Monday https://t.co/oQexvHrEYz

Trump had nothing whatsoever to do with Pfizer’s vaccine.  However…

There can be no distribution without Trump ordering his COVID response team to coordinate with not only Pfizer but state and local governments, many that aren’t talking to Trump at all.

Trump has cut many of them off entirely, certainly Pennsylvania, New York, California, Wisconsin, Michigan, Arizona, Nevada, Washington, Oregon and a dozen or so more including Virginia and Georgia.

Thus, 200 million Americans may well have to wait until well into 2021, until Biden takes over, to have an opportunity to be vaccinated, and how much of it, are decisions that still have to be sorted out if it wins authorization. Credit…BioNTech

…by Rebecca Robbins and David Gelles

For months, scientists and public health experts have been saying the most crucial part of defusing the Covid-19 pandemic will be developing a safe and effective vaccine. So it was cause for celebration this week when Pfizer announced that an early analysis showed its vaccine candidate was more than 90 percent effective.

If Pfizer receives authorization for its vaccine from the Food and Drug Administration in the coming weeks, as expected, the company in theory could vaccinate millions of Americans by the end of the year, taking advantage of months of planning and decades of experience.

“I am very confident. I live and breathe this,” Tanya Alcorn, a Pfizer executive overseeing the supply chain for the vaccine, said in an interview on Wednesday. “We have developed a system that does not waste any precious vaccine.”

But Pfizer — like other manufacturers that may soon be authorized to roll out their vaccines — does not fully control its own destiny. The effort will hinge on collaboration among a network of companies, federal and state agencies, and on-the-ground health workers in the midst of a pandemic that is spreading faster than ever through the United States.

Before Pfizer can begin shipping its vaccine, federal and state governments must tell it where to send how many doses. McKesson, a major medical supplier, will have to provide hospitals and other distribution sites with the syringes, needles and other supplies necessary to administer the vaccine.

Employees at those locations will need to be trained to store and administer the vaccine. They will also have to ensure that, four weeks after people get the vaccine, they return for a second dose. And millions of Americans must be persuaded to get the shots in the first place.

“We have a lot of confusion at the state and the local health departments level, and a lot of concern about the nitty-gritty of deployment,” said Dr. Saad B. Omer, the director of the Yale Institute for Global Health. “Which places, where to vaccinate, how to get the vaccine there, how to identify people in various risk groups, how to document, how to call back people for the second dose.”

Pfizer is making the vaccine at facilities in Kalamazoo, Mich., and Puurs, Belgium. The doses distributed in the United States will mostly come from Kalamazoo.

In Kalamazoo, vaccines will go into vials (five doses per vial). Vials will go into trays (195 vials per tray). Trays will go into specially designed cooler-type boxes (up to five trays per box). Pfizer plans to have about 100,000 of the coolers by the end of this month and more than double that total by March.

The reusable boxes, each toting between 1,000 and 5,000 doses and stuffed with dry ice, are equipped with GPS-enabled sensors. Pfizer employees will be able to monitor the boxes’ locations and temperatures as FedEx and UPS transport them to hospitals and clinics nationwide.

The boxes “will have eyes on them at all times,” Ms. Alcorn said.

Then there is the thorny question of who will receive vaccines first. That will be up to state governments.