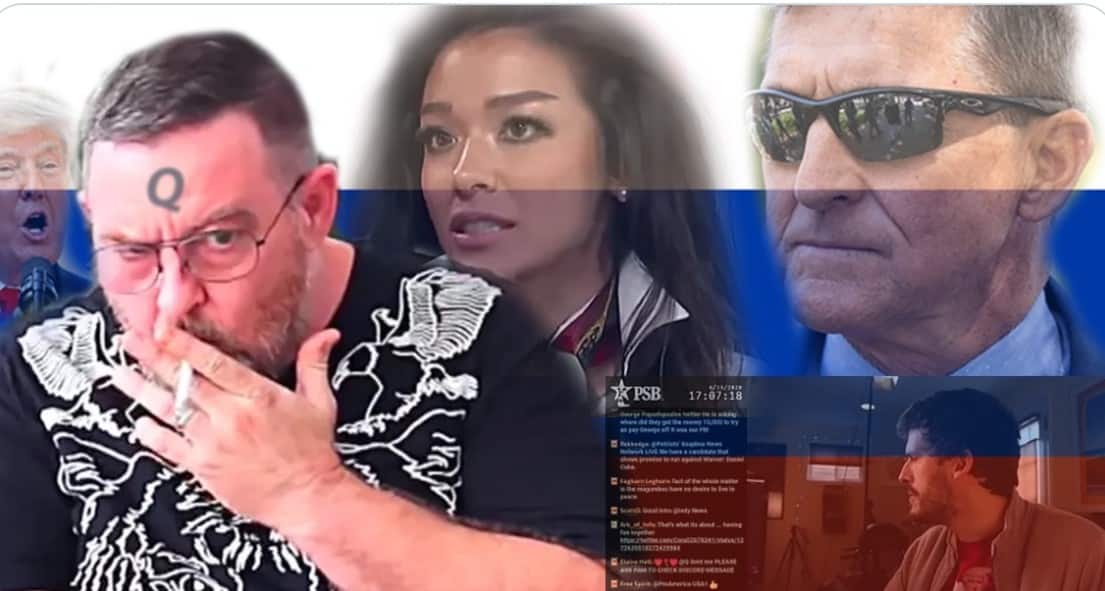 VT: Jim Watkins, who is Q, the controller of 8Chan, which is QAnon, has a long history, according to investigators with Mother Jones, of hosting child pornography and young teen sex trafficking sites.

Read and learn and go forth to sin no more…

#QAnon is brought to you by Jim Watkins, a pig farmer who ran a notorious "anything goes" pornography site and who defended child pornography. The cherry on top: the site he owns, 8kun (formerly 8chan), is hosted by Russia.

According to historical domain and web archive records, the domain has, over the years, been associated with dozens of subdomains—more specific and focused offshoots of the main domain—whose names combine terms like “preteen,” “kidnap,” and “rape.” They include a comprehensive system of subdomains referencing age ranges as young as 10. When asked about the specific domain, Watkins said “I have really no idea about” it.

Many smart technical folks believe they have identified Q, the god of the radical right, as Jim Watkins (pictured below).

Watkins is known for creating 8chan, infamously built as a safe haven for child pornography. pic.twitter.com/N7gKqi8syF

Brennan told Mother Jones that he would not be surprised if “Jim was involved in pedophile sites going back that far given his attitude towards the problem on 8chan,” explaining that Watkins “would always find something more important to do” when Brennan proposed deploying machine learning tools to block child sexual abuse material from the board. Watkins dismissed Brennan’s claims, saying that “what we do with machine learning is private.”

Q is a misdirection conspiracy to keep you from looking at the real criminals. And greedy grifters like this Praying asshole took advantage of people. Jim Watkins is Q – he supports distribution of Child pornography they say.

Though press reports documenting 8chan’s notorious and toxic environment noted that child pornography continued to be found there, in a phone call, Watkins said that 8chan “had a lot of problems” with child sexual abuse content when he acquired the site, but claimed it was removed under him as “it became one of the strictest websites on the internet.”

Mother Jones: One dark irony of QAnon has always been that the conspiracy theory, which holds that President Trump is waging a war on a cabal of elite liberal pedophiles, rose to prominence on 8chan, an imageboard where users swapped child pornography.

She doesn't need you to speak for her at all. Q is a dangerous Cult doing a lot of harm & is run by Jim Watkins, a host of online child pornography. Any survivors or advocates needs to distance themselves from it. It's going to blow up v soon.

But that irony may have a darker, deeper layer: Mother Jones has uncovered that Jim Watkins, the owner of 8chan and its successor site, 8kun, controls a company that hosted scores of domains whose names suggest they are connected to child pornography.

While Mother Jones did not visit the domains because of strict laws related to viewing child sex abuse material, internet registration and hosting data suggest at a minimum that Watkins profited from domains with names explicitly related to pedophilia—the very thing that QAnon followers say that they’re motivated to end. The domains’ names include terms such as “preteen,” “schoolgirl,” and “child” alongside graphic terms for genitalia and words like “rape” and “love.” It’s unclear what, if anything, is currently being served at the domains. However, an analysis of metadata collected years ago from one by archive.org shows dozens of filenames and links containing highly suggestive terms, including “xxxpreteen,” “children,” and sexual references to girls aged 12 to 15. read more…