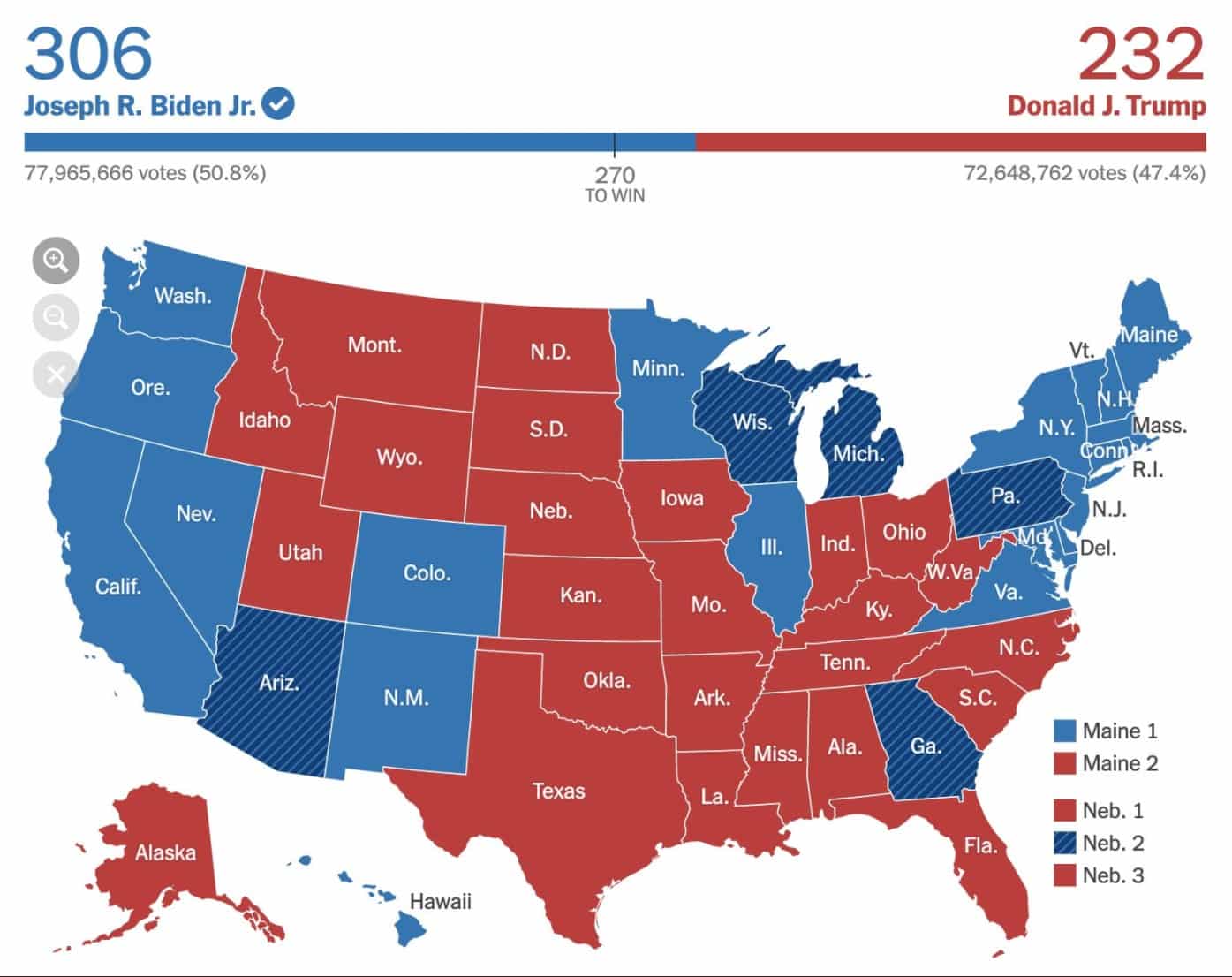 Today, Donald Trump told Americans he wasn’t going to lock American down but that President Joe Biden would do it.  He didn’t concede, he simply began to realize that he wouldn’t be president, he wouldn’t be touring America as a spoiler and terrorist sponsor.

He is more likely to be using one of the several golf courses the Federal Bureau of Prisons has available for the use of inmates.

The State of New York will probably send Trump and at least one son to prison with others likely to follow.  This isn’t “lock em’ up” ass sucking, it’s where the water is flowing.

How it started: How it ended: pic.twitter.com/Lu09qvStIL

Multiple news outlets projected on Friday afternoon that Biden would win the state, releasing their projections 10 days after polls closed in the state amid a tight race.

Biden’s apparent victory in Georgia is a historic moment for Democrats, who have long been relegated to second-place in the state. But a combination of changing demographics and rapidly growing urban and suburban populations in recent years have shifted the political playing field there, raising Democratic hopes that Georgia may soon become a new electoral battleground.

This brings the final electoral vote tally to 306 for Biden and 232 for Trump https://t.co/5LfQT8vUAH #CNNElection pic.twitter.com/F78AK3AvXx

For President Trump, the projected loss is a major setback in his bid for a second term. He carried Georgia in 2016 by 5 points and had hoped that strong support among rural white conservatives in the state would be enough to help him capture its 16 electoral votes.

Biden is currently projected to win the Electoral College by a margin of 306 to 232.

Today a judge denied bond to the 2 men who chased and killed Ahmaud Arbery near Brunswick, Georgia. pic.twitter.com/NGoRZir8kO

Biden’s projected victory came more than a week after polls closed in the state. Officials scrambled to count thousands of outstanding absentee ballots, many of them in the Democratic strongholds in and around Atlanta and Savannah.

Early returns showed Trump taking a comfortable lead, but as new vote tallies came in, his advantage dissipated. As of Friday afternoon, Biden led Trump by more than 14,000 votes with 99 percent of precincts reporting, according to the Associated Press.

A full recount has already been ordered in Georgia, with the audit expected to be done by Nov. 20, when the state must certify its results.