Home History The Jews Who Fought With Mao 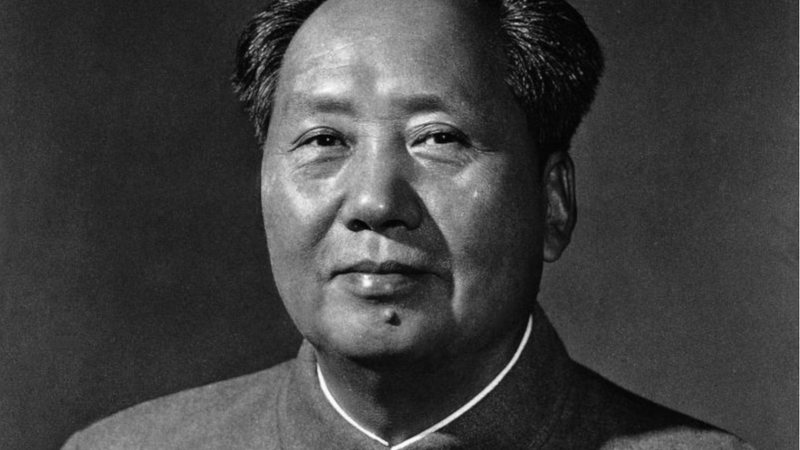 In the summer of 2012, Israeli writer Tom Segev published an article entitled “The Jews who fought with Mao.” He of course named some names:

“Not many Jews fought on Mao’s side, but Ianto Kaneti wasn’t the only one – there was also the Viennese-born urologist Jakob Rosenfeld, whose aid to Mao earned him the rank of general and a job as health minister in the Manchurian government.

“From 1950 until his death two years later, Rosenfeld lived in Tel Aviv and worked at Assouta Medical Center; China honored him by putting his picture on a stamp.

“Ianto Kaneti and his wife returned to Bulgaria after World War II. They settled in Pleven, and Kaneti got in touch with his Jewish relatives, the Uziel family. Relations between them were cordial; in 1950 Kaneti helped the Uziels immigrate to Israel.

“Both members of the Kaneti couple easily found their places in the Bulgarian communist establishment: Zhang Sunfen worked as a translator at the Chinese Embassy and launched a Chinese school in Sofia. Ianto died in 2004 at 94.

“The Associated Press cited a Chinese newspaper story on the death of “the last Western volunteer who fought with Mao.” A Chinese television channel produced a film about his life.”[1]

The Jewish Journal said pretty much the same thing in an article entitled, “Mao’s Jews.”[2] It added that Sidney Rittenberg “had reached the pinnacle of his revolutionary career” on October 1, 1967, when Rittenberg “seated on a reviewing stand less than fifty feet from Mao Zedong, overlooking a sea of thousands who had crowded into Tiananmen Square to mark the occasion.”[3] Rittenberg, like Jakob Rosenfeld, managed to work” his way into “Mao’s inner circle” as a “revolutionary leader.”[4]

Others like Israel Epstein from Poland, “a journalist who served as the Chinese government’s head of international public relations,” and “London-born David Crook, dean of the Beijing Foreign Languages University,” were highly revered among Mao’s powerful and secret circle of what one ought to call assassins. Why? 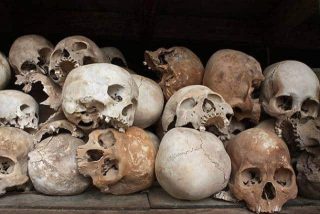 Because Mao, according to Frank Dikotter of the University of Hong Kong, ended up liquidating at least 45 million people within less than 10 years.[5] When Mao for example followed the Bolshevik philosophy, Dikotter tells us that “between 1958 and 1962, China descended into hell.”[6] In 1949, Mao went to Russia in order to learn from the Soviet Union, and from 1955-1956, he started to implement Stalin’s collectivization.[7]

Starvation was so rampant in China that a number of people began to eat human flesh.[8] In the summer of 1958, the famine was so horrible that “some people eventually dug up, boiled and ate human bodies. Soon the practice appeared in every region decimated by starvation, even in a relatively prosperous province such as Guangdong.”[9]

There were also instances where “several children were eaten.” Other terrible acts of cannibalism were widespread in places such as Tongwei, Yumen, Wushan, Jingning, and Wudu, and the communist leaders knew that these acts were taking place.[10]

In one place, for example, “a seventy-year-old woman unearthed the bodies of two small children and cooked them for herself.”[11] Other inhumane acts were widespread, such as tying a ten-year old and throwing him into a bog where he died after a few days.[12] Other people were left in the cold, naked, where many of them died—and even pregnant women were no exception.[13]

In other instances, excrement and urine were used as a punishment to cover people. One individual was forced to swallow excrement, and died a few weeks later.[14] Other punishment such as nailing people’s ears to the wall was also common.[15] Another extreme form of torture was burying people alive.[16]

As a result, in order to escape torture, many ended up taking their own lives.[17] For instance, “In Shantou a woman accused of theft tied her two children to her body before jumping into the river.”[18] So, Mao’s Great Leap Forward was a complete disaster for the average Chinese. And it was supported by the progenitors of the Bolshevik Revolution, which unsurprisingly was responsible for the deaths of at least 100 million people.[19]