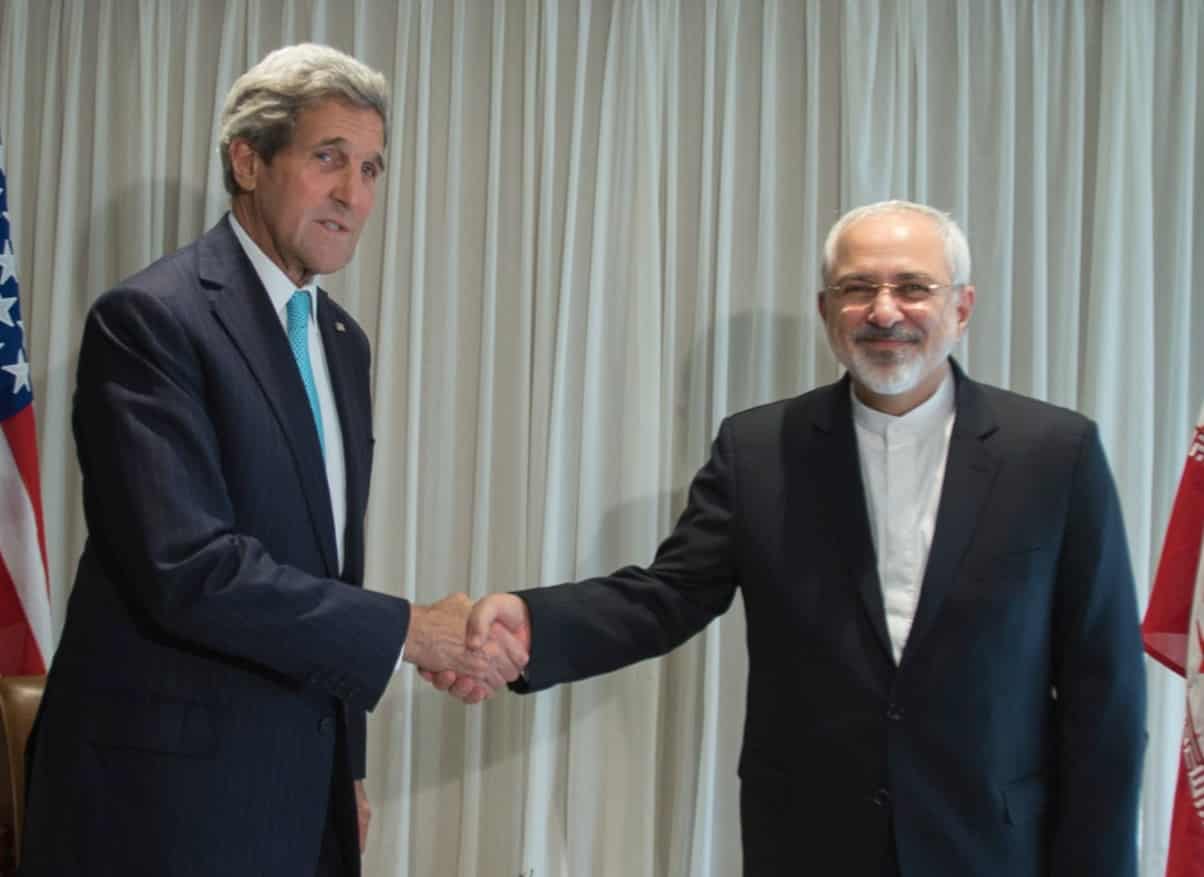 Joe Biden does not have much time to revive the JCPOA – and the clock is ticking. Though he is not President yet, both he and the Iranians should begin investing in the atmospherics of diplomacy already now.

Strategic signals from both Biden and the Iranians can prove crucial in building confidence in the other’s commitment to diplomacy. In the piece below, published by QI’s Responsible Statecraft, I list four concrete steps that Biden and Rouhani should take to set the stage for a return to the JCPOA.

The clock starts now: Biden must make the right signals to Iran on nuke deal

The election of Joe Biden provides a four-month window to restore the historic 2015 nuclear agreement. But the months before Biden enters the White House may be even more important.

The wrong signals from Biden can close the window even before he takes the Presidential oath; the right signals can prepare the ground for the successful restoration of the nuclear accord – and more.

The depth of mistrust between the U.S. and Iran cannot be overstated. Decades of antagonistic policies, mutual demonization, near-war moments, and regional states that have stoked hostility, have created an institutionalized animosity between the two nations to such a degree that careers in Washington and Tehran are advanced by sustaining, if not inflaming the enmity, rather than defusing it.

On the few occasions when genuine political will existed to bury the hatchet, the mistrust often proved an insurmountable obstacle. To simply get to the negotiation table, public and private messages had to be issued to help create an atmosphere conducive to diplomacy.

George H.W. Bush signaled in his inaugural address in 1989 that if Iran helped win the release of American hostages in Lebanon, Washington would reciprocate. “Goodwill begets goodwill,” Bush the Elder said. “Good faith can be a spiral that endlessly moves on.” (Through the help of then-Iranian President Hashemi Rafsanjani and the mediation of legendary UN diplomat Giandomenico Picco, the hostages were released but Tehran’s gesture was never reciprocated.)

A decade later, Iran’s Reformist President Mohammad Khatami expressed his respect for the American people in an interview with CNN’s Christiane Amanpour and called for a crack in the wall of mistrust between the two countries. But when President Bill Clinton sought to meet with Khatami at the United Nations two years later, Khatami’s political will faltered.

Then came Barack Obama. Disciplined about getting talks started, he reached out to Iran only 13 minutes into his presidency, offering America’s hand of friendship if Tehran would unclench its fist. Perhaps more importantly, he recorded a Norooz greeting on the eve of the Persian New Year by directly addressing the people and leaders of Iran and calling for “constructive ties” between the two nations.

“This process,” he added “will not be advanced by threats. We seek instead engagement that is honest and grounded in mutual respect.” Obama’s investment in the atmospherics of diplomacy eventually paid off in the successful multilateral negotiation of the Joint Comprehensive Plan of Action (JCPOA).

Biden’s window is shorter than Obama’s, and the mistrust is deeper, courtesy of Trump’s betrayal of the nuclear deal. But he can make up for that by starting the messaging right away instead of waiting until his inauguration.

What Biden should do

Specifically, before the end of the year, Biden should do the following to prepare the ground for the resurrection of the nuclear deal and broader diplomacy with Iran:

1.) In an exclusive on-camera interview with one of America’s leading foreign policy journalists, Biden should make it crystal clear that he will bring the U.S. swiftly into comprehensive compliance with the JCPOA, both in letter and spirit, provided that Tehran does the same. The emphasis on swiftly will signal his intent to do so well before the Iranian presidential elections in June of 2021.

Emphasizing comprehensive compliance in letter and spirit makes clear that all JCPOA sanctions, as well as Trump’s additional sanctions designed to destroy the JCPOA once and for all, will be lifted.

2.) Taking a page from Obama’s Nowrooz message, Biden should declare his desire to go beyond the JCPOA and pursue a constructive relationship with Iran. “I campaigned on a platform to end the forever wars in the Middle East,” he could say. “Israelis and Palestinians deserve peace. Iranians and Saudis deserve peace. And Americans and Iranians also deserve peace. I know the path to better relations may be long and hard, but we owe it to future generations to take the first steps.”

Some in Washington will cast this as somewhat radical, but the reality is that Biden has a mandate to pursue exactly these objectives. The Democratic party platform states explicitly that “returning to mutual compliance with the [Iran nuclear] agreement is… urgent,” and that “The nuclear deal was always meant to be the beginning, not the end, of our diplomacy with Iran…Democrats believe the United States should not impose regime change on other countries and reject that as the goal of U.S. policy toward Iran.”

3.) In the same interview, Biden should also declare his intent to intensify diplomacy among all states in the region and encourage Iran and Washington’s security partners there to find ways to resolve their problems through direct talks. Such a signal should both reassure security partners, such as Saudi Arabia and the UAE, that the U.S. will not abandon them and, at the same time, caution them not to take America’s support for granted by undermining or rejecting its diplomatic efforts. The latter point is also important for Tehran to hear.

4.) Actions speak louder than words, however, and Biden would be wise to announce in this interview that on Day One as President, he will make a humanitarian gesture by removing U.S. opposition to the Iran’s long-pending request to the International Monetary Fund for a five billion dollar emergency loan to fight the Coronavirus pandemic. The U.S. and Iran have been two of the countries hardest hit by the virus, and, in Iran’s case, U.S. sanctions have made the virus all the more deadly. From a moral and humanitarian standpoint, opposing aid to help fight Covid is simply indefensible

What Biden doesn’t do or say may be even more important. Signaling traps Biden should avoid are far too many to enumerate here, but one stands above all else: the slightest hint that Biden will use Trump’s sanctions as leverage to renegotiate the nuclear agreement will shut the window for talks. It would effectively signal that Biden’s policy will be indistinguishable from Trump’s — he, too, insisted that the sanctions were aimed at securing a better deal.

Biden has slammed Trump’s exit from the JCPOA — calling it a “self-inflicted disaster” and declaring that “talk of a ‘better deal’ is an illusion.” Biden advisors have also repeatedly denounced Trump’s maximum pressure strategy as a failure.

Any hint that Washington will maintain sanctions for leverage instead of simply reentering the nuclear deal, provided that Iran also returns to full compliance, will validate hardliners in Iran who have insisted all along that a deal with America is worthless since Washington cannot be trusted to keep its word.

Iran’s likely response will be to swiftly build its “counter-leverage” by dramatically accelerating its nuclear program and possibly even exiting the Non-Proliferation Treaty. This mutual race for leverage will ruin prospects for a new deal and ensure the JCPOA’s final destruction.

What Iran should do

Biden cannot create an atmosphere conducive to diplomacy all by himself. Iran must play ball as well. Specifically, Tehran should do the following:

1.) Reiterate its commitment to never build or acquire weapons of mass destruction.

2.) Declare that it will swiftly and comprehensively comply with the nuclear agreement, provided that the United States does as well. This would include reducing the level of enrichment back to 3.67 percent and shipping out the stockpile of low enriched uranium it has amassed. (It currently holds more than 12 times the amount it is allowed to store according to the agreement.)

3.) Express its commitment to dialogue with its Persian Gulf neighbors and the United States over regional disputes as well as non-interference in the internal affairs of its neighbors.

4.) Provide a humanitarian gesture of its own, the most fitting of which would be the release of American citizens imprisoned in Iran. My friend Siamak Namazi, for instance, is the longest-held dual-citizen prisoner, having spent more than five years in an Iranian jail. Releasing American prisoners would signal to Biden Tehran’s sincerity in reviving the JCPOA and resolving broader tensions with Washington.

Advisors on both sides will surely provide numerous objections to these recommendations. Most of those objections will ultimately be rooted in fear and paralyzing cynicism. No one should deny the basis for mistrust that exists between the two countries. But surrendering to the prison of cynicism will only perpetuate an enmity that has long ceased to serve the interest of either the United States or Iran.

Trita Parsi is Executive Vice President of the Quincy Institute and author of Losing an Enemy – Obama, Iran, and the Triumph of Diplomacy.