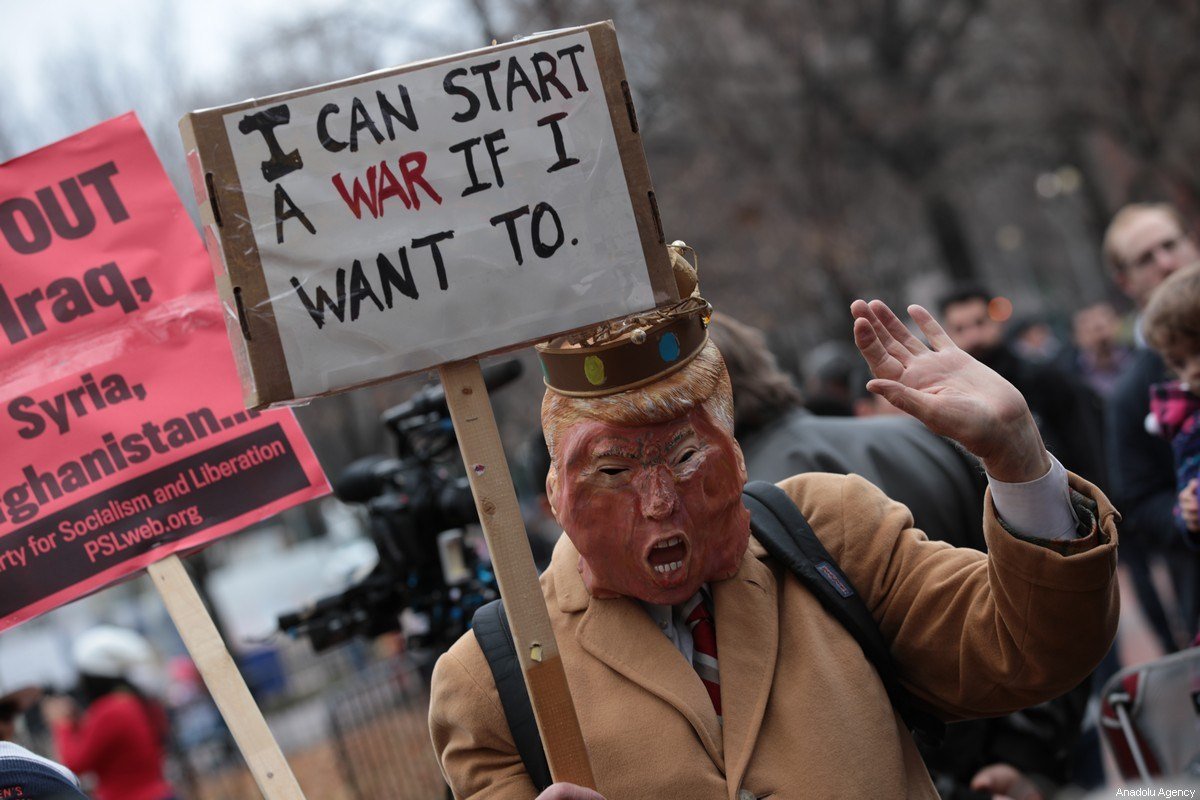 “The president was dissuaded from moving ahead with a strike by advisers who warned that it could escalate into a broader conflict in his last weeks in office.”[1]

Trump obviously wanted to make that diabolical move because he has been persuaded by the Israelis that Biden would make life a living hell for Israel. In fact, Israel’s U.S. ambassador said President-elect Joe Biden would make a mistake if he happens to go back to the 2015 deal.[2]

Israeli officials, as we have seen over the past sixty years or so, don’t give a damn about you, me, the American people, and much of the Middle East. They want to drink the blood of precious Muslims and everyone who stand against their diabolical/Talmudic ideology. In fact, Netanyahu tells us very clearly that the legal system in Israel is based on the Talmud.[3]

In other words, Israel is always looking for a lackey to execute this Talmudic ideology in the Middle East, and Trump happens to be one of their finest puppets. Trump, as we have seen over the past four years or so, gave the Israelis just about anything they wanted. And if no one stops him, surely he will make it rain in Iran for Israel. The New York Times continued:

“A range of senior advisers dissuaded the president from moving ahead with a military strike. The advisers — including Vice President Mike Pence; Secretary of State Mike Pompeo; Christopher C. Miller, the acting defense secretary; and Gen. Mark A. Milley, the chairman of the Joint Chiefs of Staff — warned that a strike against Iran’s facilities could easily escalate into a broader conflict in the last weeks of Mr. Trump’s presidency.

“Any strike — whether by missile or cyber — would almost certainly be focused on Natanz, where the International Atomic Energy Agency reported on Wednesday that Iran’s uranium stockpile was now 12 times larger than permitted under the nuclear accord that Mr. Trump abandoned in 2018. The agency also noted that Iran had not allowed it access to another suspected site where there was evidence of past nuclear activity.”[4]

This is all mumbo jumbo. Iran has consistently stayed on message even in difficult time. If anyone doubts this statement, I would highly recommend Gareth Porter’s scholarly study, Manufactured Crisis: The Untold Story of the Iran Nuclear Scare.

This whole idea that Iran is trying to acquire nuclear weapons, says Porter, is a complete fabrication, a total hoax which was concocted by the usual suspects, the Israelis.

As we have reported in the past, Benjamin Netanyahu has summoning these fabrications years, going all the way back to his 1995 book, Fighting Terrorism: How Democracies Can Defeat Domestic and International Terrorists. This is again what he said then:

“The best estimate at this time place Iran between three and five years away from possessing the prerequisites required for the independent production of nuclear weapons. After this time, the Iranian Islamic republic will have the ability to construct atomic weapons without the importation of materials or technology from abroad.”[5]

“These IAEA investigations generated one round of news stories after another that portrayed each activity under investigation as suggesting that Iran’s nuclear program was a cover for nuclear weapons. To the chagrin of the United States and Israel, however, these investigations ended in early 2008 without having found any evidence to support that charge.

But Israel and the United States had a more potent weapon for consolidating the nuclear scare over Iran. In 2008, they quickly shifted the focus of the IAEA inquiry to a collection of documents, purportedly stolen from a secret Iranian nuclear weapons program, which had been given to the United States by an unknown party.

Thus began the second stage of the crisis, from 2008-2011, ostensibly aimed at holding Iran ‘accountable’ for what the IAEA called the ‘alleged studies’ documents. But the actual aim at that stage was to maneuver Iran into a position where it could be accused of noncompliance with the resolutions of the US-dominated IAEA Board of Governors.”[6]

In short, the entire maneuvering was hatched by the Israelis in order to attack Iran and to drink more blood in the Middle East. Israel has good reason to fear Biden because Biden hasn’t shown any sign that he will reject what was done under the Obama administration.

Israel again fears Biden because Biden may strike a peace deal with the Iranians. And we all know that Israel doesn’t deal well whenever they hear peace instead of war and conflict. What Trump is trying to do now is that he is planning to make a peace deal impossible for Biden and the Iranians. Continuing with the New York Times report:

“Mr. Trump asked his top national security aides what options were available and how to respond…After Mr. Pompeo and General Milley described the potential risks of military escalation, officials left the meeting believing a missile attack inside Iran was off the table, according to administration officials with knowledge of the meeting…”[7]

Hegel would probably have called that occasion the cunning of reason. The Israelis wanted war, and Trump was ready to deliver the message for them. But even Trump’s own cabinet reminded him that this would be real madness. Another words, the Israelis will have to be out in the cold because they won’t witness bloodshed with Iran. Oops.

The New York Times articles moved on to say that Trump might still be looking at other options to do something stupid, but that would expose Trump even more. It stated: “A strike on Iran may not play well to his base, which is largely opposed to a deeper American conflict in the Middle East, but it could poison relations with Tehran so that it would be much harder for President-elect Joseph R. Biden Jr. to revive the 2015 Iran nuclear accord, as he has promised to do.”

So, let Trump try because it would eventually lead him to his ultimate doom. Why? Russia will not stand by and watch. Other major countries like China will not appreciate that. Let’s just say that it would be a complete disaster for Trump himself.