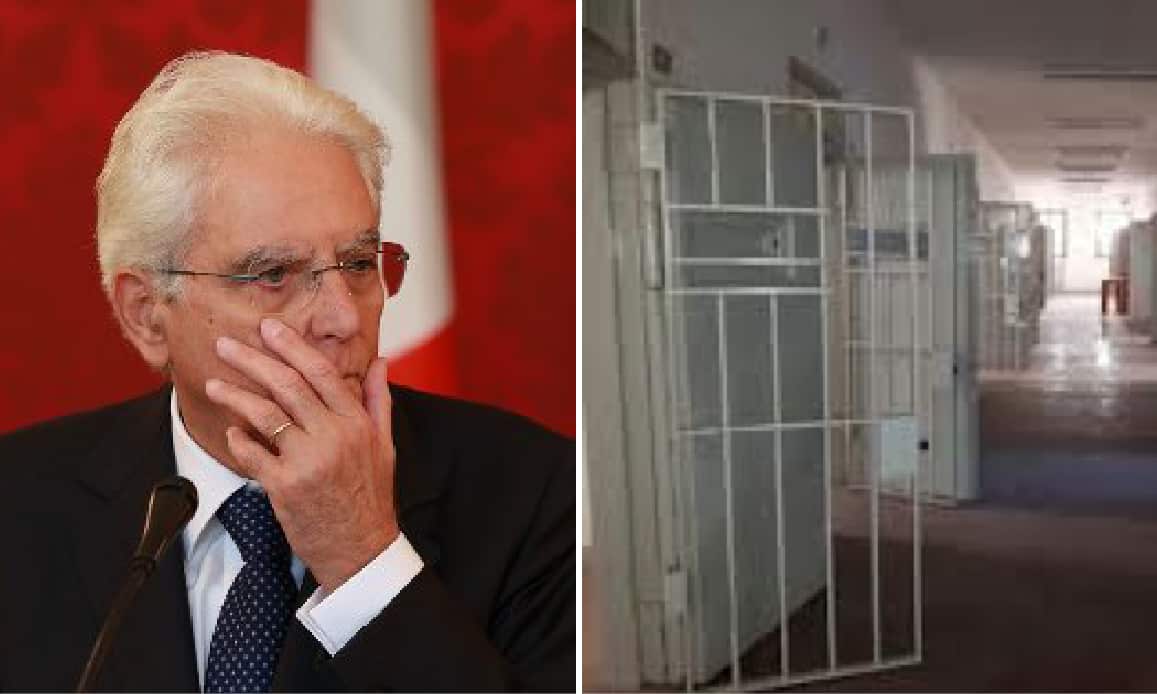 «“The major ‘Ndrangheta (one of the Italian Mob – ed) trials are at risk due to the covid emergency.” The alarm raised by the Turin prosecutor is nothing short of disturbing. From what we learn, this risk is feared due to a mere organizational problem: namely the impossibility of setting up videoconferencing connections for the defendants in covid positive but asymptomatic prisoners. This situation determines serious (and in our opinion intolerable) delays, postponements of hearings, lengthening of the times of trials, which often involve the risk of expiry of the terms of pre-trial detention».

To report yet another case of “discrimination” between honest citizens in different “colored lockdowns” depending on the regions (and the parties that govern them) and criminals at risk of release from prison due to the expiry of the terms, but also for the high circulation of the Covid-19 pandemic in prisons, it is not only the opposition media that every day emphasize the obscene paradox of Italians forced not to leave their municipalities and African migrants free to flood the coasts.

This time it is a historically left-wing organization such as Federconsumatori (association for customers’ protection) that has spread the aforementioned sentences in a disruptive press release from the National Press Office on November,17.

It does so in the same days in which the President of the Republic Sergio Mattarella, who is also by right President of the Superior Council of the Judiciary called to supervise the magistrates (as in the PalamaraGate case) but also, implicitly, on the judicial system, appeals to the Nation’s unity.

Despite the PD-M5S government, which he himself “built and praised”, it has in fact fragmented Italy in many areas, creating self-evident divisions and initially penalizing especially Regions administered by the center-right (Piedmont, Lombardy and Campania), thanks to the Dpcm of Giuseppe Conte and the ordinances of the Minister of Health Roberto Speranza,

The division, in spite of the proclamations of the Quirinale (Palace of Republic’s President) which seems almost not aware of it, took place with the application of the colors red, orange and yellow which imply more stringent personal restrictive measures in relation to the alleged degree of spread of the virus on the basis of 21 parameters of an algorithm already contested by many regional governors just in chat.

Among these there is the number of infected, 95% asymptomatic and therefore not infectious according to virologists, moreover identified and then calculated with randomly effective swabs that could confuse seasonal flu for Covid-19, as revealed by the Pallanzani Institute. But the hearings against the ‘Ndrangheta at risk have also infuriated the left activists of the Federconsumatori (association for customers’ protection).

«This report stems from the affair relating to the Fenice-Carminius maxi-trial in which one of the defendants, detained in the Vallette of Turin, tested positive for covid – writes Federconsumatori – These, asymptomatic, did not give up to participate in the hearing from remote: however, due to organizational difficulties in arranging the connection, the trial had to be postponed to December 16. From what we learn from the press, it would seem that no protocol has been envisaged for prisons to address similar situations. In this case, the postponement involves a suspension of the effective date of the terms of pre-trial detention, but this is not always the case, this measure will in fact be decided on a case by case basis».

The story repeats exactly when it happened last spring. When a provision of the Minister of Grace and Justice Alfonso Bonafede granted the temporary release (to house arrest like all Italians in lockdown) to over 300 mafia bosses (mobsters), raising a tide of bitter political and judicial controversy (also on the appointments to the top of the DAP – Administration Department Penitentiary).

“It is a real absurdity that, due to a trivial organizational problem, there is a risk of jeopardizing the effectiveness of the judicial system in our country. We are facing a serious anomaly and a sensational “oversight” consisting in the failure to prepare a specific protocol to deal with these cases – Federconsumatori urges – We do not explain how it is possible that a trivial lack of organization and technological backwardness could compromise the carrying out such important and delicate processes. We ask that this situation be remedied as soon as possible, arranging all the appropriate solutions to ensure the progress of the processes. The judicial system, already severely slowed by the pandemic in progress, cannot and must not stop in the face of the health emergency, especially in such significant cases as the trials against mafia-type organizations”.

What was the obviously indirect response from Quirinale (Palace of Republic’s President) to this emergency? “We must make use of our sense of responsibility, to create convergence and collaboration between the forces we have to work in the same direction – declared the President of the Republic Sergio Mattarella during the ANCI (municipalities assembly) on November 18, as reported by ANSA – Even with critical observations, always useful, but without dispersing them in displaced controversies or in the pursuit of illusory partisan advantages, in the face of an insidious enemy that can overwhelm everyone. Freedom risks weakening when the degree of cohesion and unity between the parties is lowered. This is the primary responsibility of democratic institutions, at all levels, and this is the lesson that the pandemic harshly reiterates “.

«This virus is still partly unknown, but, among other aspects, we realize that it tends to divide us. Between age groups more or less exposed to the most serious risks, between social categories more or less affected by the economic consequences, between the same institutions called to make the necessary – sometimes unpopular – choices to reduce the infection and guarantee the necessary assistance to those who he needs. The pluralism and the articulation of republican institutions are and must be multipliers of positive energies, but this disappears if, in the emergency, we are divided “, added the Head of State.

Because the Republic’s president evaluated “unknow” the SARS-Cov-2, he did not ask the Attorney General of the Cassation to arrange an investigation on the origins of the virus which many scientists and intel officials consider built in bio labs? Or he did not suggest to the Ministry of Foreign Affairs and the representative of Italy in the Assembly of the World Health Organization to solicit the investigation for this same purpose arranged with the resolution of last May and still firm due to delays attributable to China (as explained in the previous report)?

Is the former PD deputy who climbed the highest hill in Italy aware that authoritative scientists and intelligence experts believe the SARS-Cov-2 virus created in the laboratory? Mattarella knows that the lawyer Robert F. Kennedy, a human rights activist capable of winning a lawsuit against the US Department of Health on vaccines marketed without adequate controls, claims that the pandemic has been planned for decades by “Bill Gates and Anthony Fauci »?

The President of the Republic knows that this pathogen would be infected with sequences of the HIV virus to enhance its viral load, as demonstrated by distinguished virologists and bio-engineers, just as it happened for the SARS genotype of 2003, drawn from bats and contaminated for very dangerous experiments. in the Wuhan Institute of Virology, thanks to a loan granted in 2004 by the European Commission chaired by Romano Prodi, future premier in Italy with the Democratic Party?

Why did the same tenant of the Quirinale as the authoritative president of the CSM not touch the very painful and scabrous issue of the Mafia trials at risk during the ANCI assembly (of municipalities)? Perhaps to avoid the ominous memories of when he was took to trial and acquitted for the petrol vouchers he received from an entrepreneur/mobster tied with Cosa Nostra in Sicily?

At the Quirinale the faculty of reply. To posterity the arduous sentence … In the meantime, the Mafia thanks!