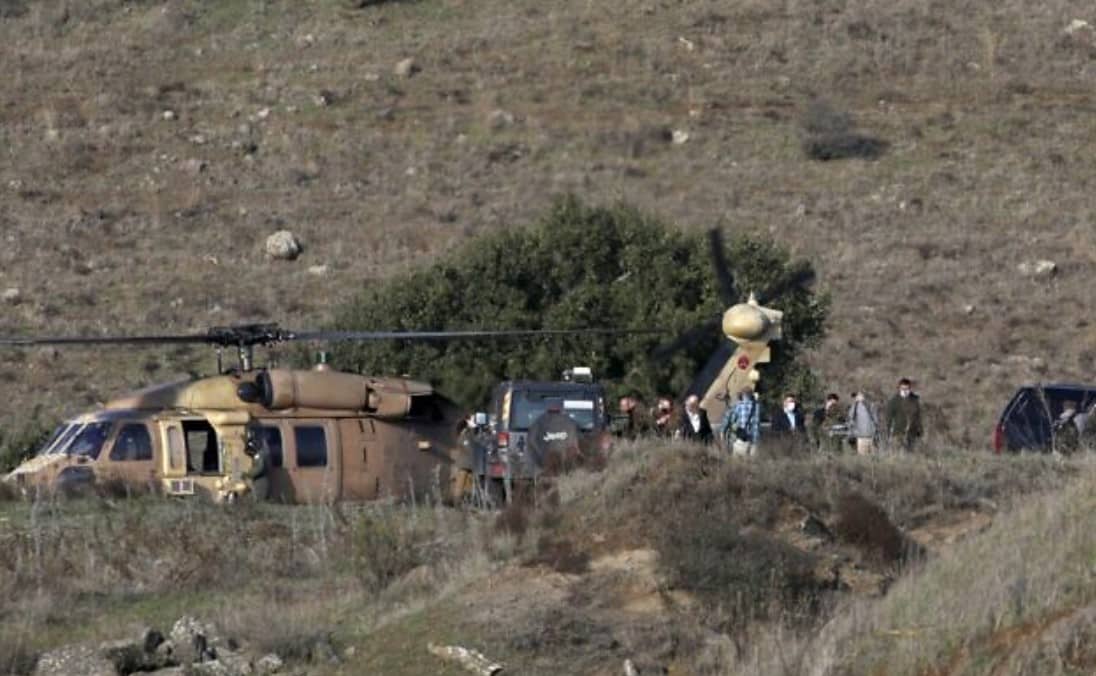 Top diplomat stops at Psagot Winery as he heads to the Golan Heights in what will also be an unprecedented tour; announces US to label exports from settlements as Israeli

US Secretary of State Mike Pompeo on Thursday visited a West Bank winery, the first time a top American diplomat has visited an Israeli settlement.

The stopover came as Pompeo made his way to the Golan Heights, in another first for a US secretary of state. Last year, US President Donald Trump’s administration  recognized Israeli sovereignty in the Golan — a move Pompeo on Thursday called “historically important and simply a recognition of the reality.”

On the way there, he made a stop at Qasr el Yahud, revered as the site of the baptism of Jesus in the Jordan Valley, according to the same official.

On Wednesday after Pompeo’s planned visit was reported by media, dozens of Palestinians demonstrated near the winery, and some threw stones at soldiers guarding the entrance to the industrial zone where it is located. The Israeli Peace Now movement protested outside the winery Thursday as Pompeo arrived.