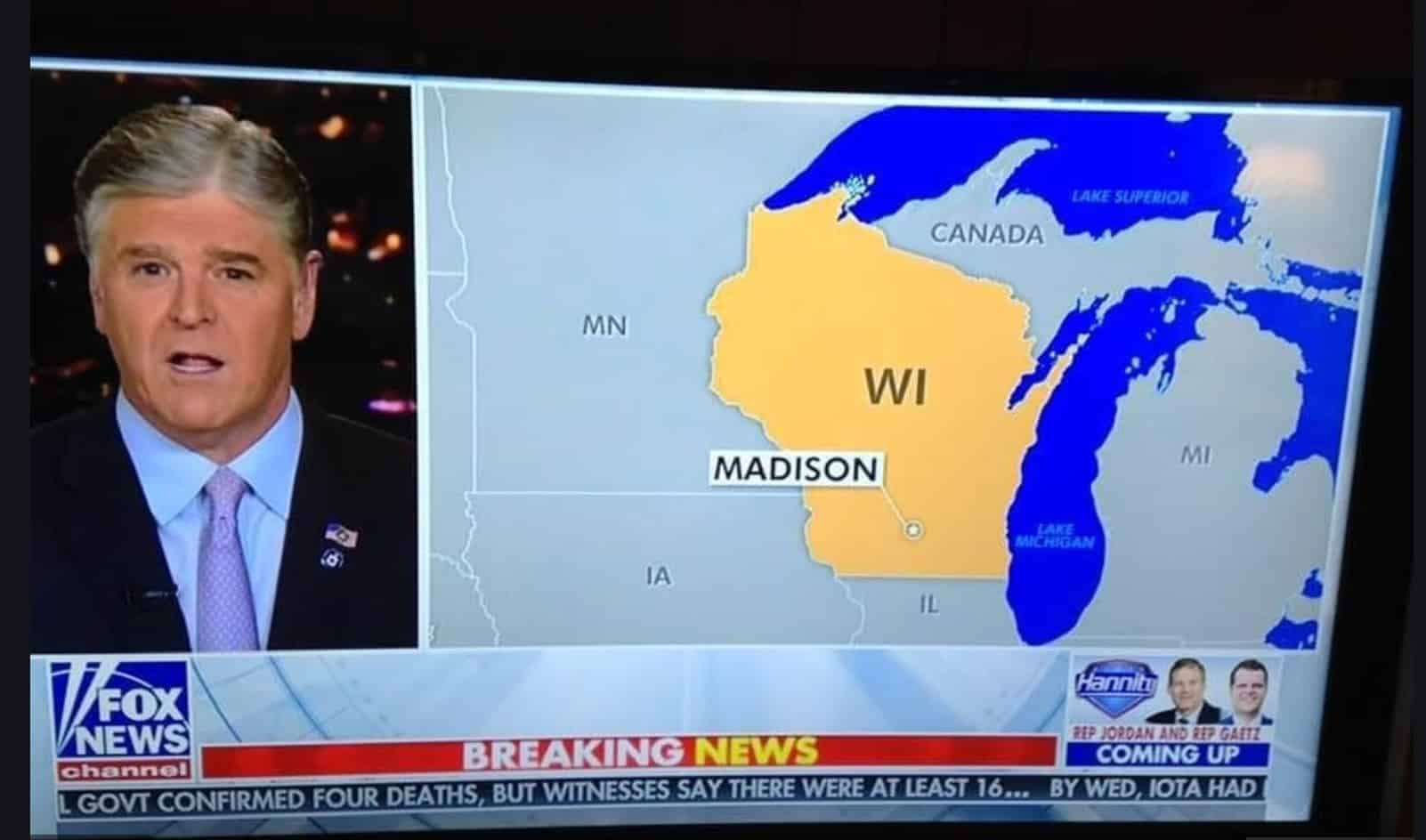 Breaking, today Hannity announced on Fox News that the Michigan election was rigged when Democratic Michigan Governor Gretchen Whitmer gave half the state to Canada.

Hannity pointed out what nobody else had noticed, that 16,377 square miles of what had been United States, including the antenna system that runs our nuclear submarines had been given to Canada with some areas handed over to Russia including Isle Royal National Park, now being converted into a Russian base for nuclear submarines.

but first listen to someone who defined what a president is..

and then they unleash the crackpot…