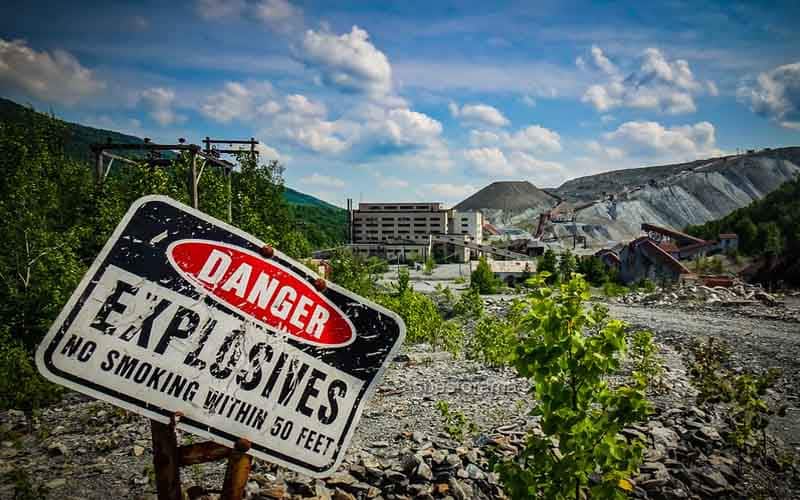 Rich scientific and medical literature on asbestos and the risk of cancer hasn’t deterred industry executives from keeping the risk hidden from their employees for decades, causing probably thousands of needless deaths. Companies’ own internal reports, memos, and other documentation reveal a cynical attitude towards the fate of these workers as profits are being put before anything else.

Asbestos was first made available for widespread commercial use in the late 1800s, when the Industrial Revolution led to an unprecedented explosion of the mining and manufacturing of the mineral.

But even though in the late 19th century, doctors and researchers were already fully aware of asbestos’ many health risks in the workers handling it, the U.S. managed to first regulate it in the early 1970s because of the tremendous pressure coming from the asbestos industry.

Publicly available historic documents like scientific literature, internal memos, and letters between industry executives, show that the industry was also aware of the link between asbestos and cancer but it took a “calculated decision” to hide it from workers and the general public to protect its bottom line and prevent litigation.

Here’s a brief timeline of evidence that the asbestos industry has long known about the many asbestos-related health risks but preferred to cover them up:

October 1935: Raybestos-Manhattan President Sumner Simpson told Johns-Manville Corporation corporate officer Vandiver Brown in a letter that: “the less said about asbestos, the better off [the asbestos industry is].” Simpson also expressed his concerns about severe articles about the asbestos-asbestosis link published in the U.K. at the time but thanked the “Asbestos” trade magazine for being “very decent about not re-printing the English articles” in the U.S.

1936: Several asbestos companies hired a team of researchers from the NY-based Saranac Laboratory for Research on Tuberculosis to conduct research on the link between asbestos and cancer. Animal experiments were conducted over a period of 10 years. The laboratory found that asbestos does cause cancer in animals, but the industry decided to redact the link out of any reports reaching the American public. The industry even refused to inform its own asbestos workers on the risks.

1939: In a letter, the publisher of Asbestos magazine assured Simpson that the publication would eliminate or reduce any references to the link between asbestos and asbestosis for “certain obvious reasons” as Simpson had requested. “[…]  we publish nothing, and naturally, your wishes have been respected,” said the publisher.

1941: Johns-Manville Corporation’s Vandiver Brown reminded Simpson that a number of industry execs would have “disliked” a published article on the asbestos-cancer link as many of them prefer an “ostrich-like attitude” towards the topic.

1947: The companies that funded Saranac lab’s study, also known as the “Sumner Simpson Papers,” unanimously decided to instruct trade publication to “not include any objectionable material” about the link between asbestos and cancer or asbestos and asbestosis. Also, “the reference to cancer and tumors” revealed by the decade-long experiments “should be deleted.”

1948: Saranac Laboratory researchers found that one of Owens-Illinois’s popular thermal insulation products, Kaylo, “was capable of causing asbestosis.” Owens-Illinois hid this info from the public.

1949: Johns Manville’s Corporate Medical Director Kenneth W. Smith, MD, briefed the company’s top executives that some of the plant’s workers hadn’t been informed that they had asbestosis. Dr. Smith took the decision to hide the diagnosis from all workers who were not “disabled” by the condition, so that they could “live and work in peace and the company [could] benefit by [their] many years of experience.” The doctor admitted that compensation would eventually have to be paid to the disabled workers.

1958: In an internal memo from the Nation Gypsum, the company’s executives admitted that the workers handling asbestos were “as certain as death and taxes” to get asbestosis from inhaling the toxic dust. The info was obviously kept hidden from the workers.

1964: A study sponsored by Philip Carey Manufacturing concluded that “there is an irrefutable association” between asbestos and lung cancer and mesothelioma. Mesothelioma is a devastating form of cancer affecting the lungs’ lining. The doctor that conducted the study emphasized that there was a high risk of cancer even after “slight and intermittent exposures” to asbestos.

1966: Bendix Corporation’s Director of Purchases E.A. Martin wrote in an internal memo: “[…] if you have enjoyed a good life while working with asbestos products, why not die from it. There’s got to be some cause.”

Dec. 1970: Johns-Manville’s public relationship’s arm establishes the Asbestos Information Association (AIA), an organization designed to minimize the ill effects of asbestos in the eyes of the public. AIA quickly morphed into a powerful lobbying group designed to do whatever it took to “defeat local, state, and federal moves to ban asbestos-containing products.”

1972: At AIA’s push, the Occupational Safety and Health Administration (OSHA) agreed not to require any label warnings containing the word “cancer” or “tumor” on consumer products containing asbestos despite the vast research showing a clear link between asbestos and cancer.

AIA had argued that products like asbestos pipes and vinyl asbestos floor tiles were not hazardous to human health because the asbestos was “locked in” by being bonded to resins and other similar materials in such products. However, asbestos workers’ risk of cancer was never addressed.

1974: In an internal memo, Exxon executives admitted that the company’s current worker safety standards blatantly violated the law and failed to protect workers and their families from asbestos exposure.

Late 1980s: The Environmental Protection Agency (EPA) tried to ban asbestos altogether but it got sued by the industry for causing them “economic ruin.” The United States 5th Circuit Court of Appeals sided with the asbestos industry saying that the federal agency lacked authority to ban the material.

For over one century, the asbestos industry has known about the dangers of asbestos but decided to keep them hidden from the public. The many internal memos and letters sent by or to the industry’s executives have revealed workers handling asbestos didn’t know it’s a carcinogen, while companies were aware but silent. And all this for the sake of the industry’s bottom lines.