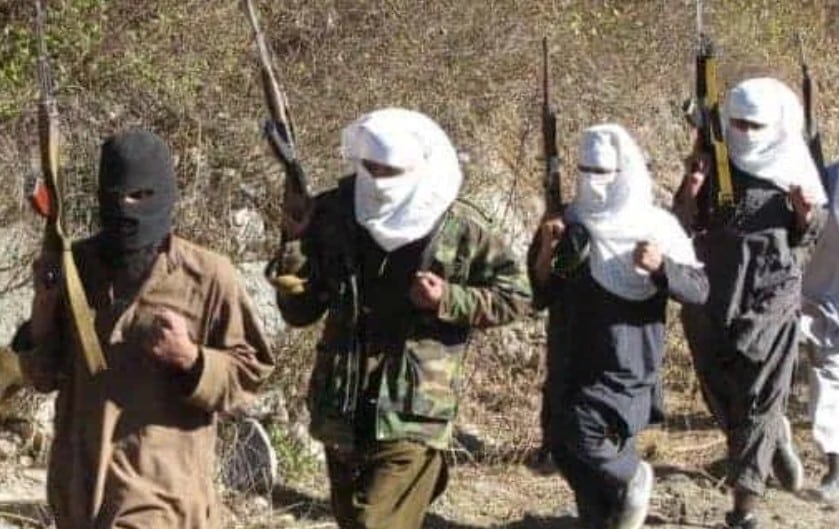 Pakhtunistan stunt and non-acceptance of the Durand Line as an international border between the two neighbors, together with Kabul’s penchant for supporting Baloch and Pashtun insurgents in Pakistan and its close alignment with India, have been the major irritants that have kept the two Muslim neighbors unfriendly.

Durand Line Treaty was signed between Mortimer Durand and Amer Abdur Rahman Khan at Kabul on Nov 12, 1893. The 2670 km long Line was demarcated from 1893 to 1896 and recognized as an international border between British India and Afghanistan. Mortimer handed over Birmil, part of Waziristan to Rahman as a goodwill gesture, which divided villages.

The treaty was ratified in 1905, 1919 and 1930. Punjab was divided by Lord Curzon in 1904 and NWFP and the northwestern tribal belt named as FATA were carved out. The Afghans lived comfortably with this arrangement till the time of departure of the British in 1947 and then suddenly changed course.

With regard to the bogey of Pakhtunistan, they forget that more Pashtuns live this side of the border. If the border is to be demarcated on the basis of Pakhtun ethnicity, in that case, based on the majority, the border should shift northwards up to Kabul. The composition of Pakhtuns in Pakistan is 15.42% (25.6 million, second largest ethnic group) and in Afghanistan 42% (12.5 million, largest ethnic group). The Afghan Pashtuns habitate southern-eastern Afghanistan comprising 60% of total Afghan territory. Of these, about 3 million Afghan refugees (mostly Pakhtuns) are living in Pakistan since 1979.

The drum beaters of Pakhtunistan stunt forget that Afghanistan was either ruled from Delhi or from Samarkand, Bukhara in Central Asia for greater part of its history. Ethnically, culturally, geographically and historically, the claims made by Kabul over former FATA, NFWP, now named as Khyber Pakhtunkhwa, and parts of Baluchistan are superfluous and out of context.

How can the Afghans claim Pak territory when they cannot govern what they have? The whole country is under foreign occupation since October 2001. Fight is going on between the Afghan Pakhtuns (Taliban) and the non-Pashtuns (Tajiks, Uzbeks, Hazaras and Qizilbash) and the former are in control of over 80% territory.

If they are asking for self-determination, what about the self-determination within their country where the minority non-Pashtuns are in power and the majority Pashtuns out of power? Considering the wretched state of war torn landlocked Afghanistan, who in his sane mind would like to opt for that country? Even the Afghan refugees refuse to return to their country.

The 1973-78 insurgency in Baluchistan was backed by RAW, KGB, KHAD. The Al-Zulfiqar terror group was assisted by Kabul. In the ongoing war on terror, Afghanistan is the main base of operation for the covert war launched against Pakistan by half a dozen anti-Pakistan intelligence agencies.

The Baloch rebel leaders Balach Marri followed by Brahamdagh Bugti had taken refuge in Kabul and had fomented terrorism in Baluchistan. Maulana Fazlullah after escaping from Swat in 2009 had taken refuge in Afghanistan and later became the head of TTP. He made Kunar and Nuristan as his safe havens.

After the clearance of North Waziristan and other parts of FATA in 2015/16, all the leaders and the militants of the TTP as well as IMU, ITM (Uighurs), Asian Tigers and other affiliated groups took refuge in Afghanistan and all are being patronized by NDS and RAW. Jamaatal-Ahrar, under Khalid Khurasani, the breakaway faction of TTP established its base at Nangarhar. Paktika and Paktia are other bases of operation against Pakistan. Throughout the war, the western border has remained disturbed due to frequent border violations by Afghan security forces.

In spite of the non-cooperative and hostile behavior of Kabul, Islamabad has been extending support to the anti-Pakistan and pro-India puppet regimes in Kabul installed by USA since 2002 at the behest of USA. What is upsetting is Islamabad’s stance of big-heartedness towards Kabul when the latter has never reciprocated Pakistan’s goodwill gestures and cooperation and has missed no opportunity to harm Pakistan.

Pakistan had put its security at stake and got Afghanistan freed from the clutches of Soviet Union in 1989. Pakistan has been housing 3 million Afghan refugees since 1979 and never exploited Afghanistan’s vulnerability of being a land-locked country, and its dependence upon Pakistan to reach the Arabian Sea for import and export.

Zardari, Nawaz Sharif, Gen Musharraf, Gen Kayani, Gen Raheel, Gen Bajwa and now Imran Khan have all been eager to befriend Afghanistan and to mollify the callous puppets whose strings are in the hands of Washington and Delhi. What is the logic in convincing the string-puppets who have no say, no authority and their writ is confined to limited area of Kabul only. They have sold their souls to the ones who installed them and are protecting and funding them.

The two regimes of Hamid Karzai and Ashraf Ghani-Abdullah have been following their dictates obsequiously. The Taliban were right in refusing to talk to the collaborators and soul sellers and insisting that the regime is illegal, corrupt, inept and unpopular. We brought no change in our policy of appeasement even after Pak military gathered conclusive evidence of RAW-NDS involvement in state terrorism. We have named RAW and India and prepared a dossier, but have not prepared a dossier in respect of NDS and Kabul regime.

Pakistan played a key role in the historic peace agreement between the US and the Taliban at Doha in February 2019. It is Pakistan and none else who convinced the Taliban to include the Kabul regime in intra Afghan dialogue. Why don’t our leaders understand that the two regimes of Karzai and Ghani-Abdullah are responsible for the bloodshed of Afghan Pakhtuns and Pakistanis?

The Taliban have won the battle since 85% of the territory is under their sway, while the major urban centres are in control of US-NATO-ANSF. All supply routes are in control of the Taliban. For all practical purposes, the occupiers and collaborators have lost the war and they are now fighting a losing war. The losers cannot dictate terms; it’s the prerogative of the winners only.

The current situation is almost the same as it was in 1988-89. The Mujahideen had won the war and Soviet forces were withdrawing since 1987, but much against the wishes of Gen Zia, Pakistan ruled by Junejo and supported by Benazir forced the winners to sign the Geneva Accord in 1988 without waiting for the installation of an interim broad based govt and getting an assurance for the reconstruction of the destroyed country. Left in a lurch, it resulted in prolonged civil war which was crushed by the Taliban.

Today, the Taliban are being compelled by Pakistan to not only hold direct talks with Kabul regime, but also stop fighting and agree to share power. Pakistan is also in favor of partial withdrawal of US troops under the misconceived perception that the US presence will ensure peace.

Left to their own, sooner or later, the Taliban would have got the agreement of their choice and forced the foreign troops to withdraw and the puppet regime to quit. Time and casualties are not their constraints. Why do we forget that the Taliban during their five-year rule had eliminated violence, war-lordism, drug business and other social vices in the country and had dispensed fair and speedy justice?

The regime was forcibly removed from power by outsiders. Having fought a daring war of resistance against all odds, it is their right to regain power. If they could restore peace in 1996, why can’t they do so now after having defeated the sole super power aligned with the militaries of 46 other countries?

It is strange that Pakistan in search of illusive peace is going out of the way to support the double dealing and hostile Afghan regime which has missed no opportunity to malign and harm Pakistan. They forget that the only time when our western border was safe and secure was during the rule of Taliban.

Instead of being grateful to the Taliban for having fought our war, our leaders are making things difficult for them by asking them to be flexible, abandon fighting and talk with the collaborators who have been bleeding them profusely, just to make things easy for our common enemies.

Can peace return to Afghanistan as long as the US and India are present there? The duo as well as Afghan regime are spoilers and not peace-makers. Pakistan’s injudicious policy of appeasement weakens the Taliban, make Pakistanis vulnerable to terrorism and prolongs the war on terror. The million dollar question is whether Trump honors his pledge and brings home all American troops before he abdicates power in next January, or leaves it to his successor Joe Biden!!

Imran Khan’s major thrust of his talks with Ghani-Abdullah during his maiden visit to Kabul should have been to dismantle 66 terror training camps run by RAW and to close Pakistan specific four Indian consulates, pushout RAW from Afghanistan, and hand over Pakistani terrorists residing in that country. He should have made his peace efforts conditional to the fulfilment of these demands. If Kabul doesn’t agree, and the US also refuse to oblige, then let the two burn in the inferno of Afghanistan.