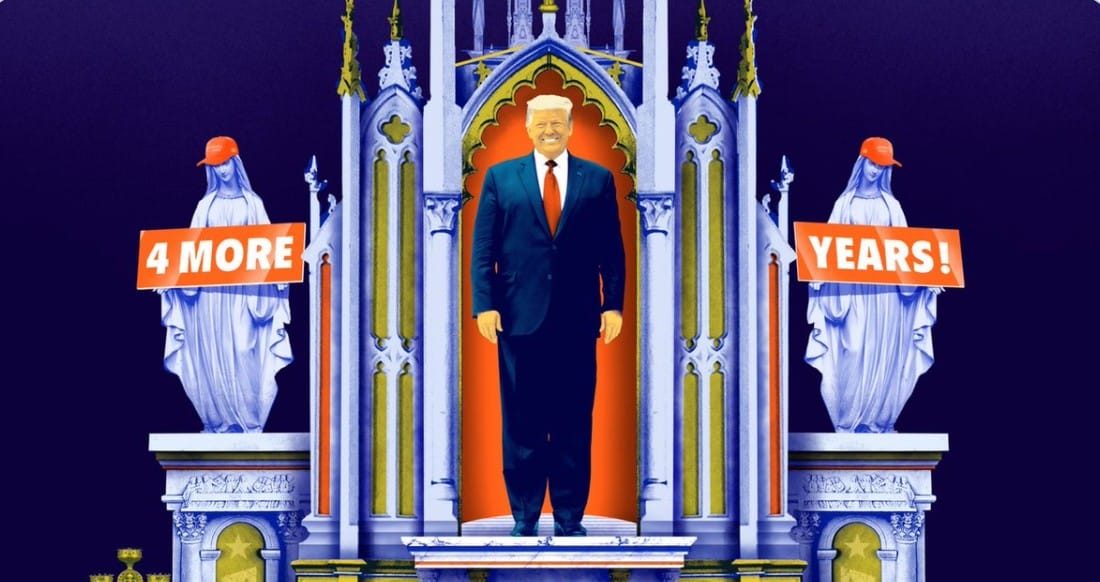 Vanity Fair: It isn’t yet light when Alexander Tschugguel and his cameraman sneak into Rome’s Santa Maria in Traspontina Church to steal the statues. A lone elderly parishioner sits in the pews as Tschugguel—a young Austrian convert to Catholicism, so neatly dressed he might work there—quickly genuflects, then steps behind the rail of a side altar and picks the statues up: five slim wooden carvings, less than two feet tall, of a naked, kneeling woman with long dark hair, Indigenous features, and a heavily pregnant belly.

https://t.co/X4vpESpnBd this is a very good article on this particular brand of crazy, and it’s influence in the US Catholic Church.

No one stops him as he carries them outside and down the Bridge of Angels, where, in the shadow of the hulking Castel Sant’Angelo—the setting of both a purported medieval miracle and an action sequence in a Dan Brown novel—the two men abruptly pitch one statue over the side. Sensing a need for greater ceremony, Tschugguel aligns the remaining four on the bridge’s ledge, then shoves them, one by one, into the Tiber. On their YouTube video, you can see the last one land with a splash, stirring a chorus of seagulls as the current carries it away.

For Catholic “radical traditionalists” at odds with a pope they consider too progressive, it was “the splash heard around the world,” as one right-wing news site put it; a purge “which may well go down in history as the moment the counter-revolution started.” For their more moderate brethren, it was the culmination of an absurd and distressing season of reaction. And though they might not know it, for the rest of America it was a watershed moment too, establishing the tone and subtext of some of the most vicious debates this year. Donald Trump has pinned his 2020 hopes, in part, on dissident Catholics who view the church as compromised, the pope as an unorthodox interloper, and their theology as not just compatible with, but spiritual backbone for conspiracy theories like QAnon.  read more…