EACH WEEKEND, WHILE New York City’s East Village packs into sidewalk tables for brunch, activist Carmen Trotta leads a vigil for ending the U.S.-backed war in Yemen in Tompkins Square Park. He only has a few more Saturday mornings before he must report to federal prison, along with fellow activists from Plowshares, the anti-nuclear, Christian pacifist movement. Despite a lethal pandemic ravaging prison populations, Trotta, Martha Hennessy, Clare Grady, and Patrick O’Neill are due to report to prison within the next few months for activism against a suspected nuclear weapons depot.

More than two years ago, Trotta and Hennessy, two of seven activists known as the Kings Bay Plowshares Seven, peacefully broke into the naval base in Brunswick, Georgia — risking their own lives to protest the suspected nuclear arsenal housed within. Armed only with vials of their own blood, hammers, GoPro cameras, spray paint, protest banners, and whistleblower Daniel Ellsberg’s book, the activists symbolically attempted to disarm the nuclear weapons located on the Trident submarines at the base. 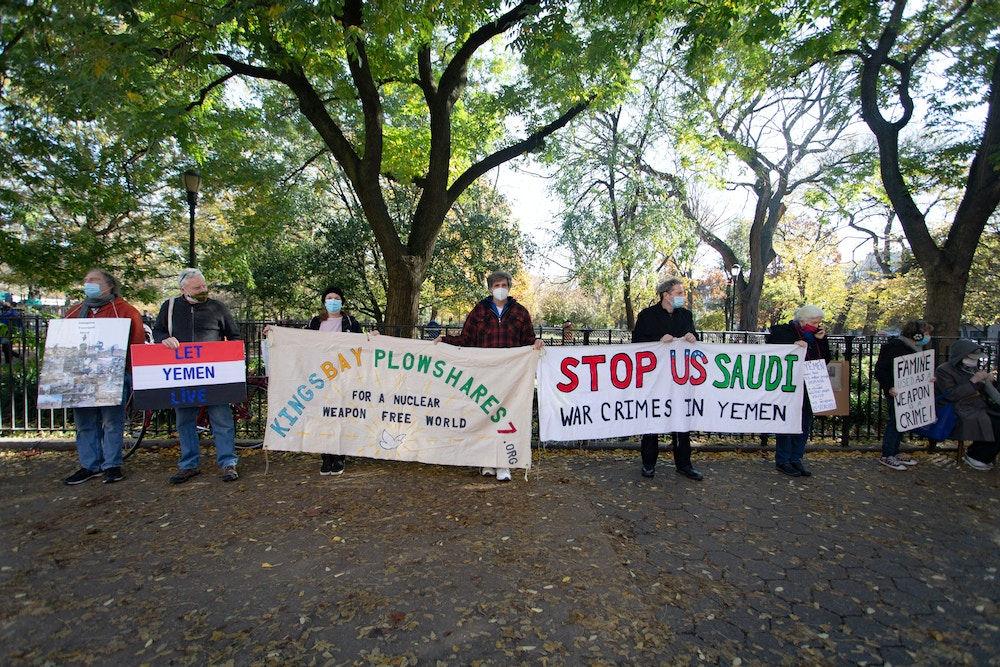 The nonviolent direct action took place on the 50th anniversary of the assassination of Martin Luther King Jr. Far out of the spotlight of major media coverage, all but one of the activists have quietly been sentenced in their faith-based battle with the U.S. government over the “immoral” possession of nuclear weapons. The activists were charged with three felonies — conspiracy, destruction of government property, depredation — and misdemeanor trespassing.

The sentencing — sending aging activists to federal prisons amid the coronavirus pandemic — fits squarely within the long history of the U.S. government throwing the book at people of conscience who dare to dissent. President Donald Trump’s acceleration of heavy-handed federal charges against protesters have drawn critical media attention.  Read more…