ALL DRESSED UP AND NO PLACE TO GO

Paris is Coming Out of Lockdown in Three Steps 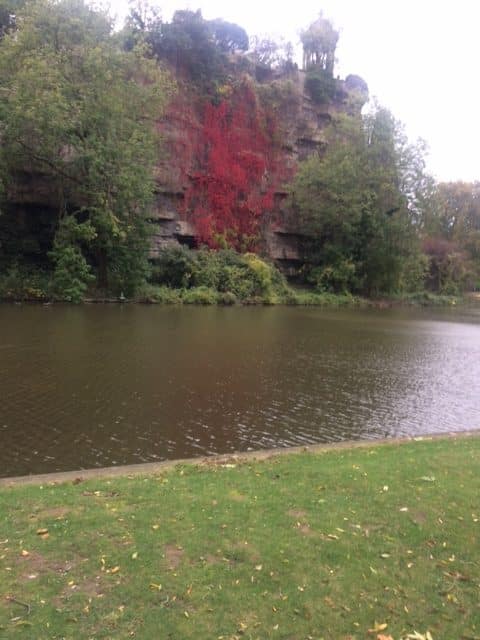 Since Paris has a second lockdown which started on October 30, 2020, so many of us living here in Paris have been all dressed up with no place to go except to the grocery stores, open-air food markets, medical visits, to pharmacies, to the banks and post offices and for going out for one hour of exercise alone or those we live with within one kilometer of our apartments. Of course, we could also go fora dministrative services.

The attestations ( papers authorizing people to leave home) listing the identification of the person, the reason checked off and the hour of leaving home is required. People working as journalists and other professionals have professional attestations.

If the police stop a person without an attestation or for not wearing a mask there is a fine of 135 Euros. All people are wearing masks outside even in parks, inside stores, public places and on public transportation. Bikers, joggers, and those doing exercises do not have to wear masks.

On November 24, 2020, President Emmanuel Macron, after announcing that the peak of the 2nd wave of COVID-19 had passed, announced the new rules for a modified lockdown which will take place in three steps. He urged people to stay home and work from home and to limit gathering at their homes.

He said that we have conquered the virus and we stand together.

Stores selling nonessential items and services that have been forced to close during the second lockdown will be open. Some of these include:

People will have to wear masks, be  8 square meters apart, use the hand sanitizing gel provided by the stores, salons, banks, etc. and wait in lines outside if the limit of shoppers or customers is reached.

Nonessential items were blocked off from being sold in supermarkets and hypermarkets. The way to get these products was “click and collect, “by calling or reserving on the internet and then picking them up at the entrance to the stores. Amazon had a good business shipping out nonessential items to collection places or to residences and businesses.

The curfew of being at home between 9 p.m. and 7 a.m. will stay the same with the delivery of food until 10 p.m. There are plenty of men with bicycles and motorcycles outside fast-food restaurants, kabob restaurants and pizzerias in my neighborhood waiting to pick up food for delivery.

The stores must close at 9 p.m. but the shoppers must be home at 9 p.m.

Also, there is one train out of two on the subway after 9 p.m.

Subway service will continue with half the trains running in off-peak hours from 10 a.m. to 4 p.m.  The subway trains can be crowded.

There can be only 6 people at a wedding; Considering the bride, the groom and two witnesses that is 4 people; Then only 2 more are allowed! One relative or friend from the bride and one from the groom! What about the official performing the wedding?  Of course, there are no meals at restaurants because these are closed.

There is a maximum of 30 people at religious ceremonies. The Catholics were protesting outside of churches because they wanted to go to mass.

Mr. Bruno Le Maire, Minister of the  Economy of France, is happy that stores will be open on Sundays until Christmas. Stores will get some economic relief for their closures.

If there are less than 5,000 confirmed cases a day or less than 2,500 -3,000 people in ICUs  then the following new rules will be in effect and there will be no need for attestations.

FOOD FOR THE LOW INCOME PEOPLE

In Paris, this organization formally known as Les Restos De Coeur, but informally called, for one, Resto de Coeur ( Restaurant of the Heart)  distributes free food to low income people at distribution centers, by food trucks and also in person to people living on the street.

At distribution centers, people do not stand in long lines for hours. They give appointments and when people arrive they get numbers. It is orderly and run by friendly volunteers who cheerfully give out the food.

Food trucks visit several locations where people line up outside for food. There is no registration just first come first served. People get bags of food to take home. Often free coffee or tea is served.

They also have restaurants where people can eat together and also offer some temporary short term lodging for men and women.

In France, there are 9.3 million people , with 14.7% on the threshold of the poverty level.

To get accepted for the services offered by Secours Populaire a person has to go on Mondays to have an interview and get an appointment. Then at the second interview volunteers ascertain what the person needs and what services Secours Populaire can provide, especially food and clothing.

Food is distributed in shopping carts at a distribution center and costs 2 Euros for about 70 Euros worth of food. People receive appointments first at their interview of assessment and then for others at the center. All come with shopping carts to take the large haul home.  Volunteers assist the shoppers to select food. They are all cordial.  There is no waiting outside as all is inside;  There were 6205 households receiving services in Paris, 3,474 volunteers and more than the equivalent of 900,000 meals served.

Secours Populaire offers low-cost clothes. They have a boutique in Paris where low-income people can select quality clothes once a month.

Secours Populaire also helps people without shelter to not feel isolated by offering free meals shared by others and other events so that they will not feel abandoned.

People in Paris want to come out of the lockdown and give help to low-income residents so that they will have food to eat and shelters.

They want people to get all dressed up and have places to go. The French people want COVID-19 to become a memory of the past.