Note: VT held this story until after not just the election but as Trump has made even a bigger ass of himself.

VT: According to Noel, it was Keith Schiller who was assigned to play “wet wipe” when Don shit himself.  Listen to the video, all of it.

Imagine a White House assistant whose job it is to rush Trump off stage, clean him up and reload him with a clean diaper.

We might also add that hundreds of thousands of older Americans have bowel and bladder control problems and that this criticism is in no way intended to cause them discomfort or embarrassment.

It is simply that Trump has spent 4 years doing things like this:

Keith Schiller (born c. 1959)[1] is an American former law enforcement official and security consultant who served as Deputy Assistant to U.S. President Donald Trump and Director of Oval Office Operations. Prior to his appointment in the Trump administration, Schiller served as the Director of Security for The Trump Organization, In this capacity, he was the personal bodyguard to Trump. He has been described as “one of Trump’s most loyal and trusted aides” and “a constant presence at Trump’s side for nearly two decades.”[2] 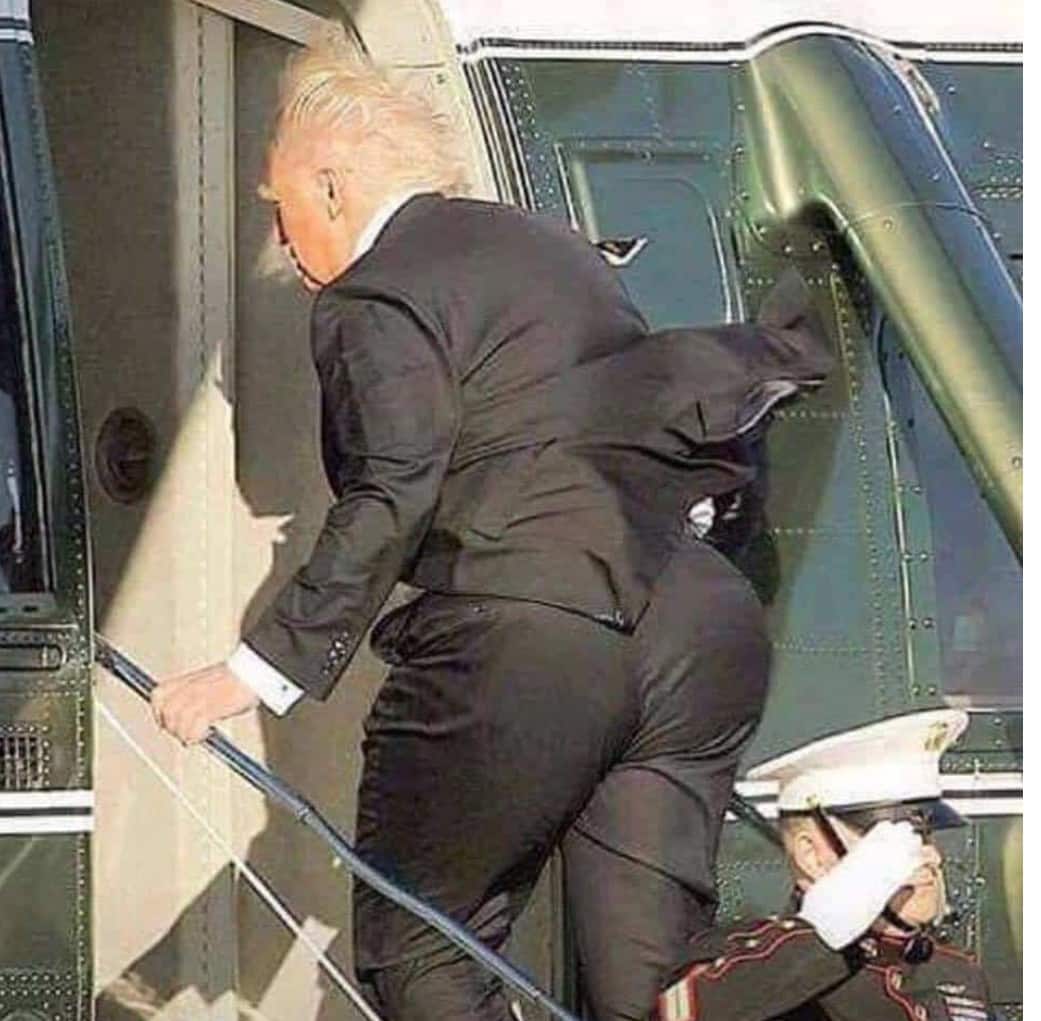