Guardian: Like millions around the world, last May the image of the Minneapolis police officer Derek Chauvin killing George Floyd sickened and angered me and drove me to the streets to demonstrate in support of Black Lives Matter. It also reminded me of events that occurred in my hometown of San Francisco 42 years ago on Friday.

Harvey Milk's murder is a stark reminder of the persistence of police brutality https://t.co/FqaxxrzaOZ

Many people know who Harvey Milk was, are familiar with his contributions to the LGBTQ+ civil rights movement and remember that he was assassinated on 27 November 1978 after being in office for less than a year. Fewer people are aware that one of the proximate reasons why Milk and San Francisco’s progressive mayor George Moscone were killed was because of their opposition to police violence and abuse. 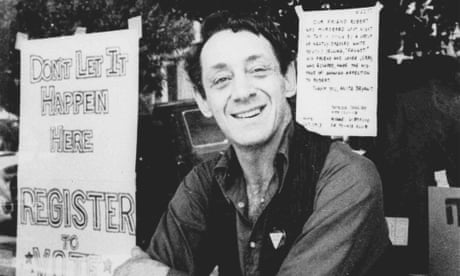 The line from Derek Chauvin back to Dan White, the former San Francisco supervisor, fireman and policeman who murdered George Moscone and Harvey Milk, may encompass 42 years of urban history, but it is clear and a stark reminder of the persistence of police brutality and the efforts to which some will go to resist any reform.

Dan White was a bigot who, in 1977, had gotten elected on a reactionary platform that included promises to “eradicate malignancies that blight our city”, but his actions were motivated in substantial part by a toxic mix of that bigotry along with anger and loyalty to the parochial interests of the racist factions within the San Francisco police department (SFPD).  read more…