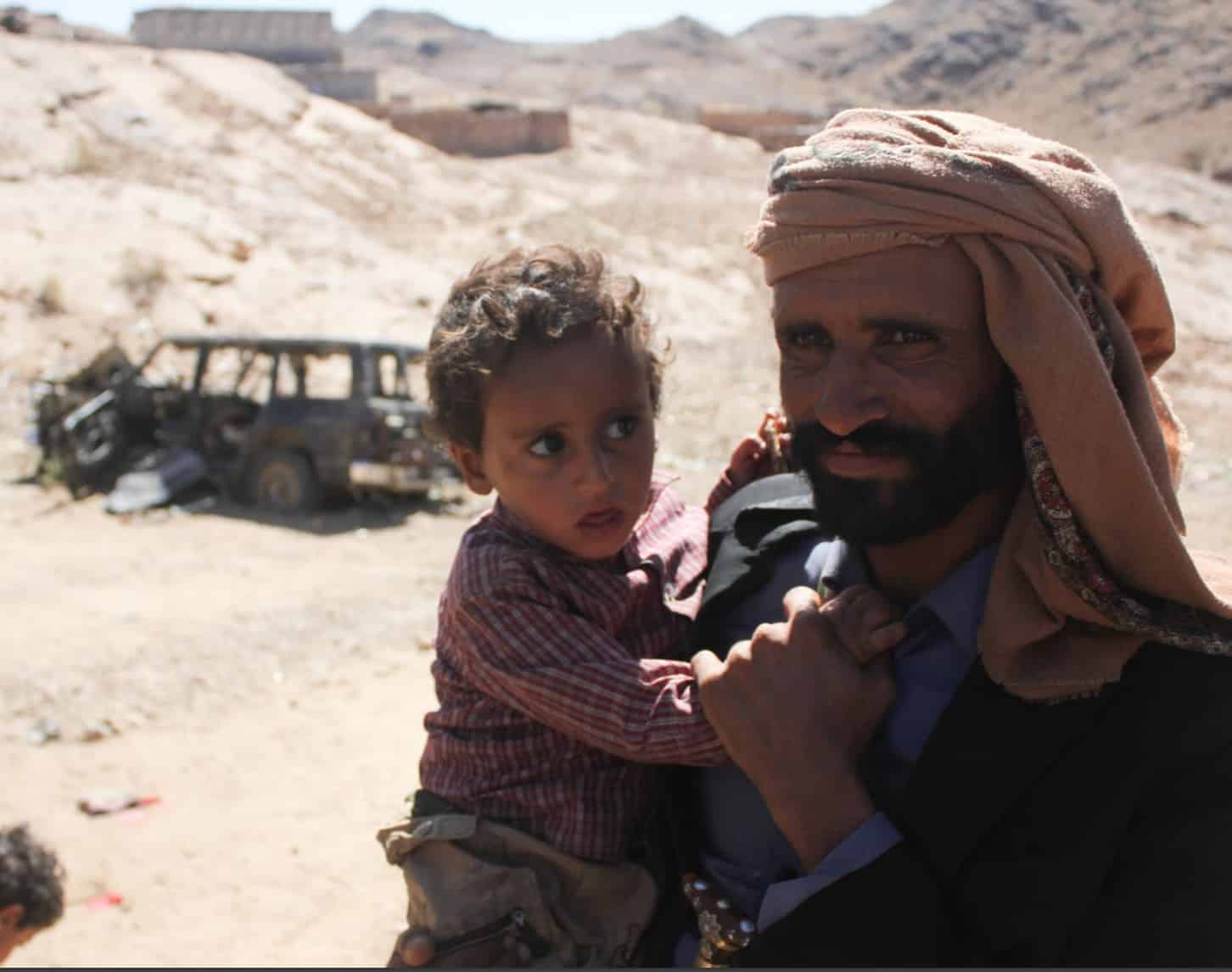 The Intercept: IN LATE January 2017, just weeks after Donald Trump was sworn in as commander-in-chief, U.S. troops carried out a raid in the southwestern Yemeni village of al-Ghayil that marked the start of his presidency with bloodshed. The raid, led by dozens of U.S. special forces troops backed by helicopters, allegedly intended to hit Al Qaeda operatives believed to be living in the village. Trump said the raid was “highly successful,” but in reality it ended in bloody calamity.

Yemen: US accountability for civilian deaths peaked 12 days into Donald Trump's presidency – and has been declining ever since. Yet both US strikes and civilian casualties in Yemen majorly spiked under Trump.

U.S. forces descended on the village, leveling mud houses with explosives and filling the small alleyways of al-Ghayil with gunfire. By the time the shooting was over, dozens of Yemeni civilians had been killed, along with one U.S. servicemember. The dead included many children. An 8-year old girl, Nawar al-Awlaki, a Yemeni-American citizen, was among them. Nawar was the daughter of Anwar al-Awlaki, a U.S. citizen who later took up arms with a local Al Qaeda affiliate before being killed, along with his 15-year-old son, Abdulrahman, Nawar’s half-brother, in drone strikes carried out by the Obama administration.

According to Yemeni communities, as many as 194 civilians may have died in US strikes since 2017.

Based on available sources, Airwars' own estimate is that a minimum of 86 Yemen civilians have so far been killed by US actions in Yemen under President Trump. pic.twitter.com/tMO8SPakZL

Later reports from al-Ghayil listed Nawar al-Awlaki as just one of at least 10 children under the age of 13 killed in the attack. Her death under Trump, who reportedly green-lighted the raid over dinner at the White House days earlier, marked the latest tragic chapter in the saga of the al-Awlaki family’s collision with the U.S. government. “She was hit with a bullet in her neck and suffered for two hours,” her grandfather, Nasser al-Awlaki, later told reporters. “Why kill children? This is the new administration” — the Trump era — “it’s very sad, a big crime.”

The Airwars report paints a picture of a war brutally waged over the past four years while quietly being nudged away from public attention.

Despite at least 84 likely civilian deaths from US actions in Yemen under Donald Trump, public accountability peaked just 12 days into his presidency.

A new Airwars investigation into the ongoing US counterterrorism campaign in Yemen has identified at least 86 civilians likely killed by US actions during Donald Trump’s presidency – though the US military has admitted to no more than a dozen deaths.

Eroding Transparency, researched and written by Mohammed al-Jumaily and Edward Ray, examines US air and ground actions against both Al Qaeda in the Arabian Peninsula, and Islamic State in Yemen, since 2017. More than 230 declared and alleged US military and CIA actions are identified – among them 41 reported strikes in which Yemenis have alleged civilian casualties.

An accompanying public database details every alleged US action in Yemen since 2017 under President Trump. Employing its highly-effective all source monitoring approach, Airwars has significantly reoriented research towards Yemeni voices and experiences. There are some 4,400 unique sources in the new public database, sixty per cent of these in Arabic. More than 140 alleged or confirmed US actions have also been geolocated by Airwars to village-level accuracy.

Eroding Transparency shows that US operations in Yemen – already on the rise during the last two years of the Obama administration – significantly escalated under Trump, with dire consequences for civilian harm. US operations too often lacked both the transparency and accountability standards of other recent US military interventions, and the report identifies a worrying emphasis under Trump of both clandestine and covert activity in Yemen, obscured from public scrutiny.

This escalation was accompanied by a significant loosening of restrictions on how the US military could operate in Yemen: “It seems what happened was that the Trump administration was keen to take the gloves off, as it were, to be what they perceived was tougher on terrorism, and this was one of the first ready-made concepts of operation available,” says Luke Hartig, previously Senior Director for Counterterrorism at the National Security Council during the Obama administration.

When compared with available data on US actions during Barack Obama’s presidency (2009 – 2017), it is clear this initial spike under Trump in 2017 represented a distinct departure from the previous administration. That one year saw a record 133 officially declared US airstrikes and ground actions in Yemen. To put this in context, the total number of publicly declared actions in Yemen during the full presidencies of George W. Bush and Barack Obama, over a 14 year period, amounted to 150 events.

More recently however, Airwars research shows that US counterterrorism activity in Yemen has declined to its lowest reported levels since 2012.

The expansion of US activity during the early Trump presidency resulted in a corresponding increase in likely civilian harm, Eroding Transparency reveals. Of the 86 minimum likely civilian deaths tracked by Airwars, some 93 per cent (80 deaths) arose from reported US actions in Yemen between January 2017 and April 2018. Reported civilian deaths tracked by Airwars in 2017 significantly outstripped alleged deaths in any year during the Obama presidency, as previously tracked by the Bureau of Investigative Journalism.

The estimated minimum civilian deaths from Trump strikes in Yemen include at least 28 children and 13 women, resulting from some 25 declared and likely US actions. At least 63 likely civilian deaths resulted from twenty actions that US Central Command has itself publicly declared. Eroding Transparency emphasises in particular the considerable risks of US ground actions to civilians; alleged or confirmed US ground actions, though accounting only less than three per cent of likely US actions, were responsible for at least 40 per cent of the minimum confirmed or fair civilian harm tracked by Airwars.  read more…