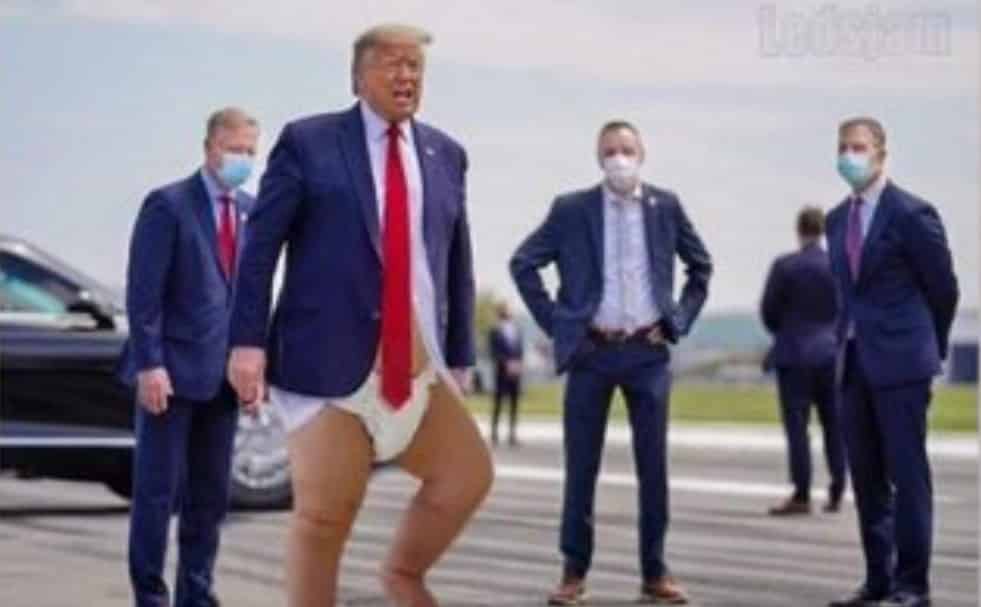 VT: It seems Trump, who loves smearing others, has a former NYPD detective with him 24/7 to clean him up when he shits himself, a problem Trump insiders allege comes from a medical condition brought on by years of drug abuse.  Proof is given through direct testimony by Noel Casler, Trump’s sidekick for years on The Apprentice.

Now Trump wants to shut down the internet because he can’t stand what he has given others for years, and worse.  No one is raping Trump.

“We made #DiaperDon the number one trend in the US,” the group tweeted, adding: “Trump had a meltdown and wanted to declare Twitter trends a national security threat.”

Can a hashtag break the internet and pose a national security risk, or just drive trump insane? I tackle #DiaperDon and #FreeSpeech and social media with calls for the repeal of Section 230 for @MeidasTouch #truthdecay #MeidasMighty https://t.co/aE0tpXUdnz

Donald Trump has angrily declared Twitter a national security threat after #DiaperDon went viral following a news conference in which he repeatedly complained about perceived injustices.

acting as tough as he possibly can #DiaperDon requests a meeting with the mob… pic.twitter.com/guWK0VkSZ5

“Twitter is sending out totally false ‘Trends’ that have absolutely nothing to do with what is really trending in the world. They make it up, and only negative ‘stuff’,” the US president tweeted without providing evidence in the early hours of Friday morning.

Mr Trump did not say which trending topic upset him, but following Thursday’s press briefing, which saw him furiously assail a reporter from behind a surprisingly small desk, the hashtag #DiaperDon surged towards the top of Twitter’s trending list in the US and UK.

“For purposes of National Security, Section 230 must be immediately terminated!!!” Mr Trump added, in reference to part of a 1996 law which protects websites from lawsuits over content posted by users. Any changes to these protections would fundamentally change how the internet works.

MeidasTouch, an anti-Trump political action committee, took credit for the initial use of the hashtag on Friday morning.