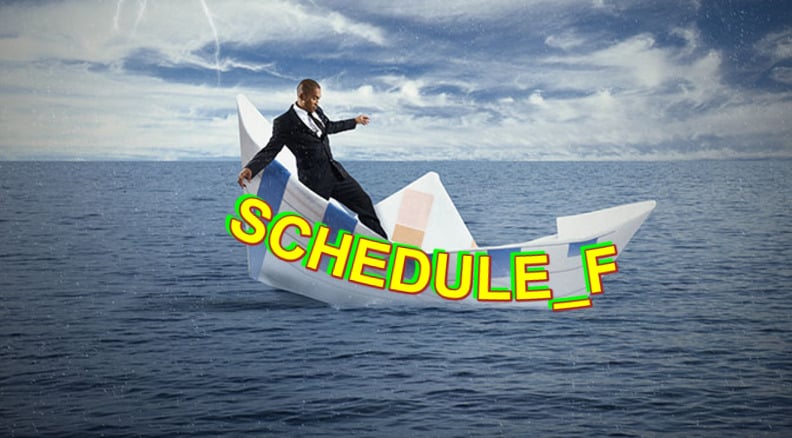 Systematic dismantling of the federal workforce has impacted many critical missions, and will take years to recover from.

Forty U.S. Senators have introduced legislation that would block the implementation of an October 21 Executive Order by President Trump that created a new classification for federal employees, Schedule F.

Schedule F is a harmful executive order that will make it easier for the administration to facilitate politically-motivated hiring and firing practices against non-partisan civil servants with policy expertise.

“The president’s recent executive order—designed to strip longstanding civil service protections for the many … Americans who keep our government running—is nothing short of a direct assault on the federal workforce, and the bedrock institutions of our democracy,” Senator Udall said.

“The civil service is designed to uphold the critical functions of our government with non-partisan professionals. Many New Mexicans proudly serve in the federal civil service, and some individuals are putting their lives on the line to fight fires across the West, and are conducting life-saving scientific research for a coronavirus vaccine. I am proud to cosponsor this legislation—New Mexicans, Americans, and civil servants deserve a president and a Congress that will support and protect them.”

“President Trump is issuing offensive executive orders on the way out the door. This latest one is yet another reprehensible attack on the expertise of public servants and the important work they do for our nation,” said Senator Heinrich.

“The Trump administration’s systematic dismantling of the federal workforce has impacted many critical missions, and will take years to recover from. We must defend civil servants from unwarranted removals and distractions and immediately reverse this order.”

On October 21, President Trump signed an executive order that would allow agency heads to convert certain policy-centric positions to a new classification, Schedule F, where there is greater flexibility to fire those employees. Office of Personnel Management (OPM) Acting Director Michael Rigas issued preliminary guidance on October 23 that suggests a broad interpretation of the types of positions that would be eligible for conversion.

This has created concern that the Administration could fire civil servants under politically-motivated circumstances and create uncertainty in federal agencies that are critical to protecting the nation’s national security and addressing the ongoing pandemic.

OPM has still not answered basic questions regarding the development, implementation and potential consequences of this hastily issued executive order.