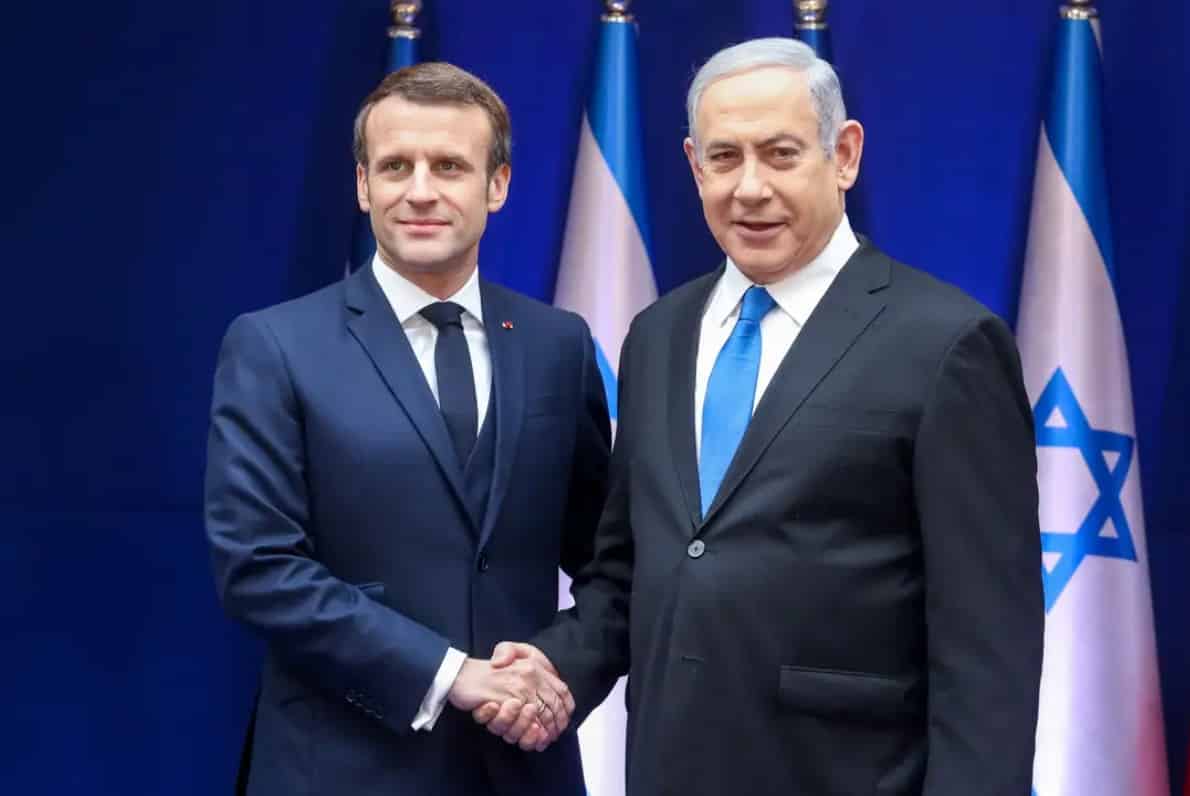 II France: Netanyahu was not able to rig the elections his way, nuclear blasts alerts remain in place, but he sent us death threats through the British and French governments. We warned again, any threat is dealt with a shoot to kill policy.

Our sources in Paris confirmed that Macron is fully aware of this plan but had done nothing to prevent it. Moroccan pedophile videos blackmails are used to push him towards the chaos. Macron is as dangerous as Hitler was. The French council of defense is Israeli orientated, Lerner, Lecointre, Emie, Darmanin are working directly with Netanyahu who provoked Iran after the Lebanese SADM strike.

There is only one solution remaining, military strikes with tactical advanced weapons, against French and israeli armies, states their NATO narcoterrorist related networks, including US neocons-israeli networks installed by Trump in the pentagon, and Europe to carry out nuclear terror.

Time is running out for all of us, before the 31 December 2020, France and Israel states must be 100% neutralised, if not, we wish you all good luck, trying to survive in their hell created world. We confirm that the nuclear blasts are on… It is a question of time. Paris is again at the heart of the plots, like in Wuhan. Read carefully and take immediate action.

Critical alert: Alert nuclear attacks in Paris, France, Europe are going ahead. Chemical attacks in the transportation system. Netanyahu finalised the preparations. We found a link between the French ministry of Defense and a building contractor linked to Israel, Rothschild, Netanyahu.

This contractor built several sensitive sites in France, among these sites nuclear plants. Choosen site is one of the sites built by this radicalised zionist Jewish company, as revealed by Mohamed Boutiche, @moh35, and also the new HQ of the French ministry of defense, the Hexagon. France is under heavy surveillance because of the dozens of terror attacks carried out by the French state, managed by the kosher nostra.

Netanyahu will nuke Europe from France… American stolen nuclear and fissile material were buried in several locations in France by the French mossad in the 1990s. This was covered up by mossad officers, operatives and narcoterrorists Charles Pasqua, Sarkozy, Netanyahu, Darmanin, de Villiers, Burkhard, Lecointre, Emie, Lerner, Bajolet, Calvar, Cohen.

They are linked to these ‘end of edom/esau’ nuclear blasts, similar to the 9/11 attacks, but multiples, against several countries, and planned during the so called ‘Great reset’. Dirty bombs will also be used, through the Charlie Hebdo/Vincennes, greekisraeli handler Epaminondas Tsatsis luxury stolen cars networks, (Belgium, Germany, France, Bulgaria, Greece, Lebanon), as we revealed in 2015.

Cathedrals, entire cities will be blown up, blamed on the Muslims, likely on Iran. See the Iran-Al Qaeda supposed links developed by the Israeli Aman in the Western media. 7 million Muslims genocide will follow.

This plan was revealed years ago. Tactical nuclear attacks against the French, Israel states are carried out if a single detonation happen. #FAMED, #EUMADF. Pass this message to the public.

If you don’t prepare yourself, you are responsible, guilty of negligence! Take action now!

Macron is trying to organise his reelection in one round placing the extreme and altright, neo-nazis, zionists in a position such that he will beat them easily in one round, like he did in 2017 against the national front, Algerian Zionist creation.

For that he put very dangerous mossad operatives close to former president Nicholas Sarkozy, in place. Sarkozy is the brain of dozens of terror attacks in Europe, North Africa, including the UN building attacks in Algiers in 2007. Macron was funded secretly by Said Bouteflika and Issad Rebreb from Algeria in 2017

We told you late August that during the fake trial of Charlie Hebdo mossad assets would attack, because Mohamed escaped France and will be able to reestablish the truth. Darmanin tried to kill his mother, he cut all of his benefit because Algeria do not believe any word coming from the French government. Darmanin was meant to visit Algeria the 18-19 October 2020 after the false flags to raise secretly funds for the presidential elections of 2022.

Mohamed Boutiche made judicial complaints, prosecutions against him, Darmanin cancelled his visit in Algeria citing death threats against him. They did and they are now calling the French people to seize arms and weapons to kill Muslims, ‘not islamists’. Habib Meyer, a French MP, close to the Israeli war criminal and nuclear terrorist Benyamin Netanyahu, is calling for a civil war, from Israel…

The timelines are exactly as we described you in term of chaos in the USA, and Europe. This is a messianist plot to provoke chaos during the collapses of the western economies, due to covid19. As Israel has compromising videos of president Macron raping children aged 5-6 years old in Morocco, he is doing their job. This is a full scale genocide planned against French Muslims from all forms and shapes, colors.

As such the international law, article 51 of the UN, self defense, and the chart VII, prevention of genocides, the European Muslim Armed Defense Forces are intervening militarily. We want you to convey this officially to the French authorities. We are self defending, and a shoot to kill any threats order is given.

No refrain! We are in danger, the French mossad used a young Chechen, working for an Israeli security company at the Eiffel tower to carry out the beheading of the French teacher. Darmanin, Lerner, Nunez-Belda, Castex, Macron must resign today or face the war they had triggered and pay for it. France is genociding her Muslims, like they did in Algeria, 11 million martyrs, Libya, Rwanda..