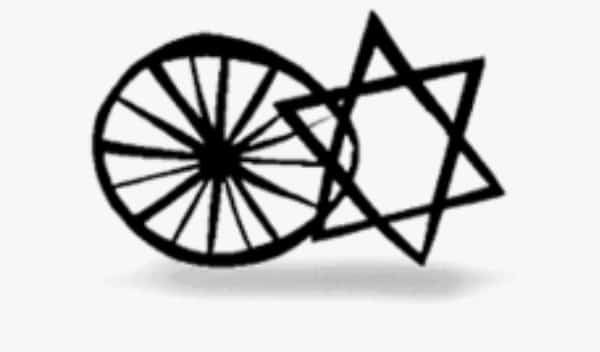 By Sajjad Shaukat for PAK VT

In the present world, state sponsorship of terrorism remains one of the most important factors in fostering international and regional terrorism.

In this regard, Indian state-sponsored terrorism especially in Pakistan, including Afghanistan has been unmasked.

In this respect, Pakistan’s Ambassador to United Nations Munir Akram on November 24, this year handed over to the UN Secretary General Antonio Guterres a dossier on India’s campaign to promote terrorism and subversion in Pakistan, and urged him to prevail on New Delhi to desist from these illegal and aggressive activities by pointing out that India was violating international law, the UN Charter and Security Council resolutions.

Earlier, at a joint briefing Foreign Minister Shah Mahmood Qureshi along with Director General (DG) Inter-Services Public Relations (ISPR) Major-General Babar Iftikhar said on Nov 23, 2020, “India is sponsoring terrorism from its soil and beyond Pakistan…has taken another step forward with regard to exposing Indian acts of sabotage like terror financing and supplying of weapons and equipment to various militant outfits operating on Pakistan’s soil…India is using terrorism as instrument of its foreign policy.”

The press briefing was a follow-up of their joint press conference of November 14, when DG ISPR Maj-Gen. Babar and Foreign Minister Qureshi unveiled a dossier, containing “irrefutable evidence” of India’s sponsorship of terrorism in Pakistan.

DG ISPR Maj-Gen. Babar disclosed: “Indian intelligence agency RAW has given banned organizations the task to target [Major] cities…RAW made two transactions to promote terrorism in Khyber Pakhtunkhwa…through Indian banks…Indian embassy and consulates in Afghanistan have become a hub of terror sponsorship against Pakistan…An amount of US$5 million has been given to the Balochistan Liberation Army and the Balochistan Liberation Front…India raised a 700-strong militia to sabotage CPEC [China-Pakistan Economic Corridor]…India is aggressively pursuing clandestine agenda of destabilizing [various regions of Pakistan]…they had “caught 17 clips of the facilitator Dr Allah Nazar…was getting instructions from RAW…We have apprehended a RAW-sponsored sleeper cell in Karachi, which wants to target important personalities to create unrest in the country”.

In the recent past, some terror attacks were carried out in Karachi, Ghotki and Larkana in Sindh, and Balocistan, Waziristan and Peshawar in Khyber Pakhtunkhwa province—country’s some other areas, leaving several people, including some personnel of the security forces dead and a dozen injured.

RAW which is in collusion with Israeli Mossad and Afghanistan’s intelligence agency National Directorate of Security (NDS) has well-established its network in Afghanistan—has been fully assisting terror-activities in various regions of Pakistan through terrorist groups like Jundullah and TTP, including their affiliated outfits. RAW is also using terrorists of ISIS which claimed responsibility for a number of terrorism-related assaults in Pakistan and Afghanistan.

While Pakistan shares common geographical, historical, religious and cultural bonds with Afghanistan. There is a co-relationship of stability in both the countries.

Taking cognizance of these factors, Islamabad is making strenuous efforts for peace and stability in Afghanistan.

During his recent visit to Kabul, Prime Minister Imran Khan focused on deepening of bilateral ties and intra-Afghan peace process. He assured the Afghan government of Pakistan’s unflinching cooperation to end violence in Afghanistan, leading to a ceasefire by adding that peace and connectivity was the best way to ensure prosperity of both the countries including the entire region.

Both PM Khan and President Ashraf Ghani agreed to accelerate their joint efforts to reduce recent spate of terrorist incidents in Afghanistan through close coordination.

Notably, it was due to the key role of Islamabad that the US and the Taliban signed the agreement in Doha-the capital of Qatar on February 29, this year.

In the agreement, it is committed that working with other NATO allies to proportionally reduce the number of coalition forces, America would withdraw all forces from Afghanistan in 14 months.

But, on a tweet, the US President Donald Trump surprisingly announced on October 7 that all US troops in Afghanistan could be home by Christmas.

The outgoing President Trump was in favour of complete withdrawal of troops from Afghanistan, but, now the Pentagon has announced it would keep some troops in that country.

There is re-thinking in Washington on the issue of total withdrawal as per commitments, made at Doha, which could lead to widening of the trust deficit.

Considering rapidly increase in the cost of the US prolonged war in Afghanistan and in consultation with other NATO countries, President-elect Joe Biden could withdraw troops from that country. Despite it, NATO could adjust the presence of small contingency of forces there.

It is noteworthy that Afghanistan’s former Chief Executive and Chairperson of Afghanistan’s High Council for National Reconciliation Dr. Abdullah Abdullah visited Pakistan on September 28, 2020. In the joint conference, with Foreign Minister Qureshi, Abdullah said that Afghanistan would never “allow its soil to be used by extremist forces, posing a threat to any other nation” and favoured the start of intra-Afghan talks.

This statement was Abdullah’s double game. For example, ignoring the fact that India is weakening Afghanistan and Pakistan, during his trip to New Delhi, he stated on October 10, 2020 that in the meeting with PM Modi, he discussed Kabul’s talks with Taliban and emphasised India’s role in the process.

In fact, New Delhi and Afghan rulers are creating obstacles in the Afghan reconciliation plan by manipulating America’s dual policy against Pakistan, China and Russia.

Reliable sources as mentioned in Pakistan’s media on August 18, this year disclosed that Afghanistan-based TTP has merged with its splinter groups Jamat-ul-Ahrar and Hizb-ul-Ahrar in Afghanistan. NDS and RAW played a key role in their reunification. The agreement, reportedly, designated Mufti Noor Wali as the amir (Chief) of TTP, making him responsible for all planned terrorist activities inside Pakistan and Afghanistan, while simultaneously sabotaging efforts to restore peace and stability in Afghanistan.

According to the UN report of July 26, 2020, “The banned Tehreek-e-Taliban Pakistan and its splinter group Jamaat-ul-Ahrar continue to target Pakistan from their bases in Afghanistan”.

It is mentionable that addressing the 2020 Afghanistan Conference in Geneva on November 24, this year, Foreign Minister Qureshi termed Pakistan as a major stakeholder and the largest beneficiary of peace in Afghanistan and apprised the international community about Pakistan’s constructive contribution to the ongoing Afghan peace process.

However, Pakistan cannot afford instability in Afghanistan, because Pak-Afghan stability is interrelated, while Indian support to terrorist outfits continues unabated to destabilize these two countries.