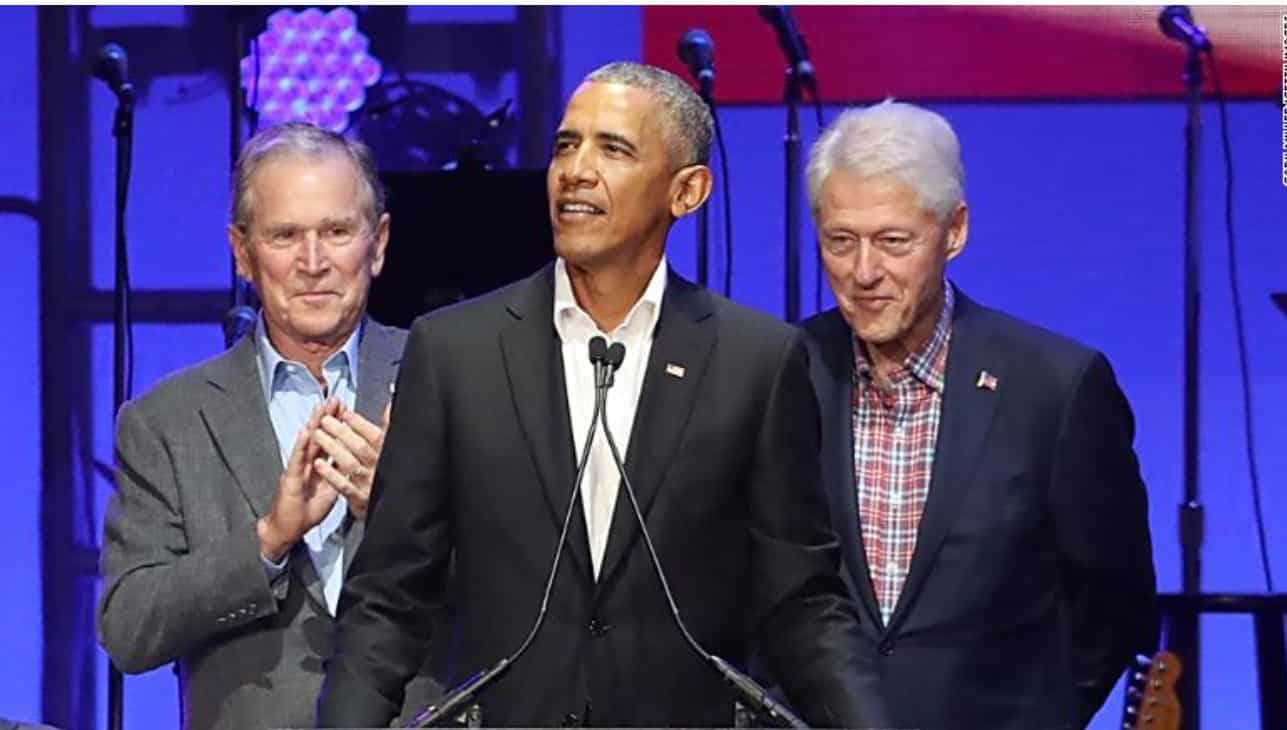 As President Donald Trump ignores America’s slide into a tragic winter and obsesses over his false claims of a stolen election, three of his predecessors are volunteering to bare their arms on camera to build confidence in the vaccines that could finally end the pandemic.

The effort by former Presidents George W. Bush, Bill Clinton and Barack Obama, which was reported by CNN’s Jamie Gangel, is sure to infuriate the current commander in chief. Trump is claiming the lion’s share of credit for the unprecedented speed of development of several vaccines — despite his neglect of other aspects of the public health disaster that has killed more than a quarter of a million Americans.

The former presidents are stepping up as America plunges into its toughest battle against Covid-19 before the new vaccines, expected to soon be approved by US regulators, bring deliverance. But there are few signs that the current President is ready to call on the nation to muster for one last fight against the worsening pandemic before the immunizations become available to most Americans.

Trump’s silence comes as his own White House and senior health officials issue their most frightening warnings yet. The recorded daily death toll hit a record of more than 2,800 Wednesday and 100,000 Covid-19 patients — more than ever before — are hospitalized as fears mount of an even worse post-Thanksgiving surge.  read more…