An unmanned aerial vehicle operated by Lebanese Hezbollah managed to cross into Israel’s north and monitor the Israeli military drills dubbed “Lethal Arrow”, Lebanese media affiliated with Hezbollah reported on December 3. The incident allegedly took place on November 26, on the second day of the drills.

The Israeli side promoted the drill as an exercise to put to the test a strategy based on network-centered warfare bringing together the capabilities of ground, air, naval and cyber forces to quickly eliminate hostile targets in the event of the conflict in the area. The Hezbollah drone buzzed Israeli forces just during these military exercises. Additionally, on December 3, the Israeli government urged its citizens to avoid travel to the United Arab Emirates and Bahrain, citing threats of Iranian attacks.

At the same time, the United States and its allies continue demonstrating concerns regarding possible attacks in Iraq in the wake of an expected Iranian retaliation to the assassination of its top nuclear scientist near Tehran in an alleged US-Israeli plot.

According to media reports, following the earlier move of the United States, France and Spain are also considering at least partial withdrawal of diplomatic staff from Iraq. US officials speculate that Iranian-backed factions of the Iraqi Popular Mobilization Forces, an official branch of the Iraqi military, are preparing attacks on facilities and personnel of the US diplomatic mission. 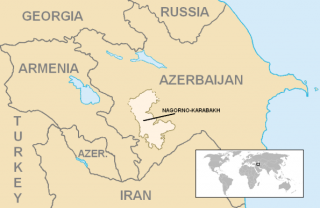 Meanwhile, in the South Caucasus, Azerbaijan for the first time released an official number of its casualties in the Second Nagorno-Karabkah War.

According to the defense ministry, 2783 Azerbaijani soldiers were killed, 1245 were injured and over 100 are still missing. In own turn, the Health Ministry of Armenia reported that at least 2718 Armenian soldiers were killed as a result of the conflict.

The almost equal casualties of the advancing and defending forces in the standoff in such a complex mountainous area as Nagorno-Karabkah is another factual demonstration of the overwhelming Azerbaijani dominance in the manpower, and firepower, including heavy military equipment, artillery and air support, the in the 1.5-month conflict with the Armenians.

Azerbaijan, however, seems to have already started paying price of its sovereignty for the Turkish support in the war. On December 2, President Ilham Aliyev declared the establishment of the new national holiday ‘Victory Day’ in Azerbaijan. The holiday scheduled for November 10 was dedicated to the start of the implementation of the peace agreements in Karabakh, under which Armenian forces in fact accepted their defeat and agreed to withdraw from Agdam, Kalbajar and Lachin districts.However, a day later Baku was reminded by Ankara that November 10 is the Day of Remembrance of Mustafa Kemal Ataturk, the founder of the Republic of Turkey.