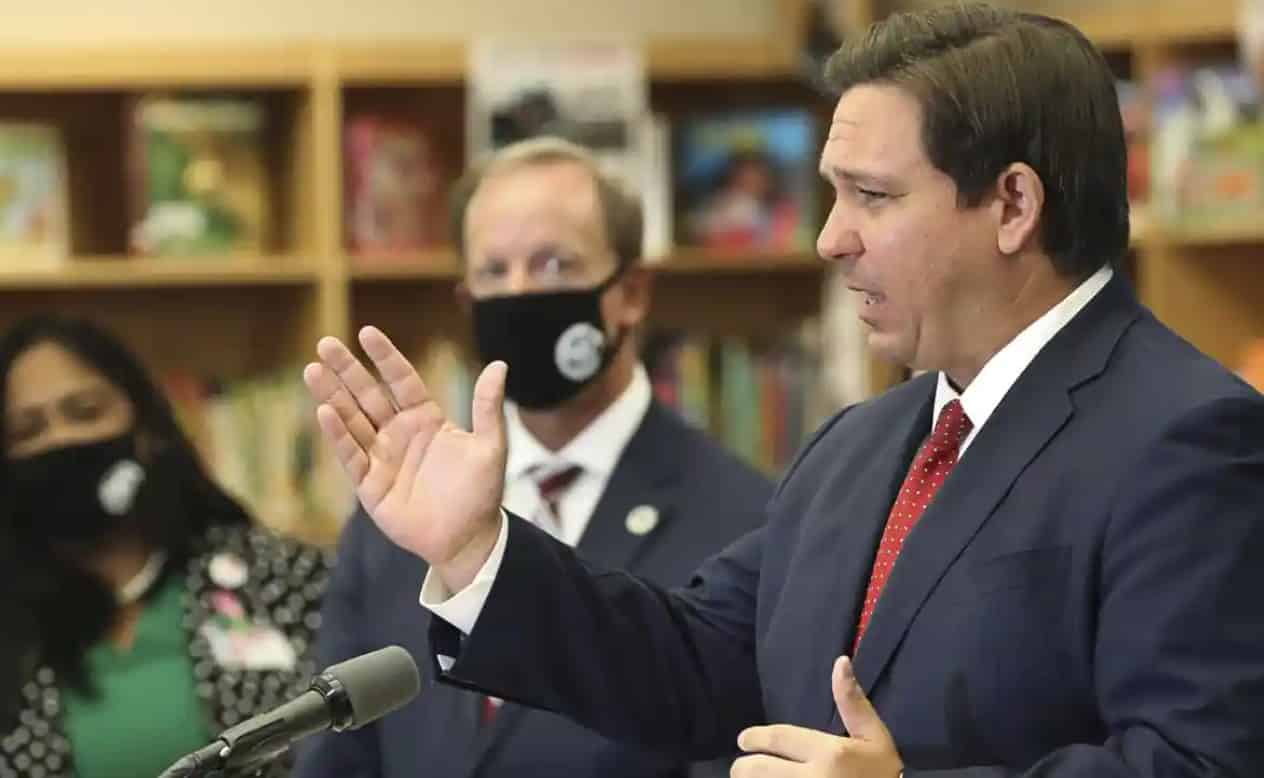 Both Scott Atlas and Rick DeSantis are likely to need presidential pardons.  Both may face prosecution for negligent homicide at state level, for Atlas, many states

Guardian: Florida this week became the third US state to record a million coronavirus cases and yet the public there has been misled by state leadership about the extent and dangers of the pandemic, especially in the run-up to the presidential election, an investigation has concluded.

Blockbuster investigation by the ⁦@SunSentinel⁩: Throughout the #COVIDー19 crisis, @GovRonDeSantis engaged in a pattern of spin and secrecy that misled the public on Florida's gravest health threat. https://t.co/2bfbrRDjwF

Florida Governor Ron Desantis continues his killing spree in Florida while signing an executive order that bans cities and counties from enforcing mask mandates. Bars and restaurants are open @ 100% with Florida nearing ONE million cases of covid. Please don't come to Florida.

Governor Ron DeSantis’s administration has been engaged in a pattern of spin and concealment about Covid-19 amid the gravest health threat the state has ever faced, according to a South Florida Sun Sentinel investigation.

According to the newspaper, Republican DeSantis influenced a state administration that “suppressed unfavorable facts, dispensed dangerous misinformation, dismissed public health professionals, and promoted the views of scientific dissenters” who supported the governor’s ambivalent approach to the disease.

DeSantis declined to be interviewed, the Sun Sentinel said, but it noted he told Fox News’ Tucker Carlson Tonight earlier this week that the media’s criticism of his approach was “all political”.

The investigation found that the Florida department of health’s county-level spokespeople stopped issuing public statements about Covid-19 between September and the 3 November election.

And earlier on in the pandemic state leaders did not release details about the earliest cases in Florida and denied the virus was spreading person to person, despite the fact that coronavirus is highly contagious.

The attitude struck by state leadership, mimicking the kind of dismissive approach of Donald Trump, the US president to whom DeSantis is a loyalist, has helped foster a public culture in which many defiantly shun face masks and readily gather in crowded bars and parties, the newspaper said, contrary to federal public health guidelines.

The Sun Sentinel said its extensive reporting is based on interviews with scientists, doctors, politicians and officials, and reviewing thousands of pages of documents.  Read more…

Florida Governor Ron DeSantis was blasted by Miami Beach Mayor Dan Gelber for his “dangerous” response to the COVID-19 pandemic as the state eclipsed 1 million cases on Tuesday.

Gelber made the remarks during an interview with CNN’s Jim Sciutto. The Democratic mayor said that the Republican governor had ignored credible science about the virus in favor of “a convenient ideology” that allows him to ignore public health restrictions shown to reduce the spread of infection, like mandating the wearing of face masks.

“He’s sort of adopted an ideology, a convenient ideology, but not one grounded in science,” Gelber said. “He’s been receiving advice from these fringe scientists and doctors who pursue the wrong kinds theories on how to deal with this and the result is we have virus spread throughout our state.”

The mayor said that DeSantis was taking advice from Dr. Scott Atlas, President Donald Trump‘s former pandemic adviser who resigned on Monday while wishing the incoming Biden administration “all best,” along with other physicians who advocate a “fringe herd immunity” strategy.