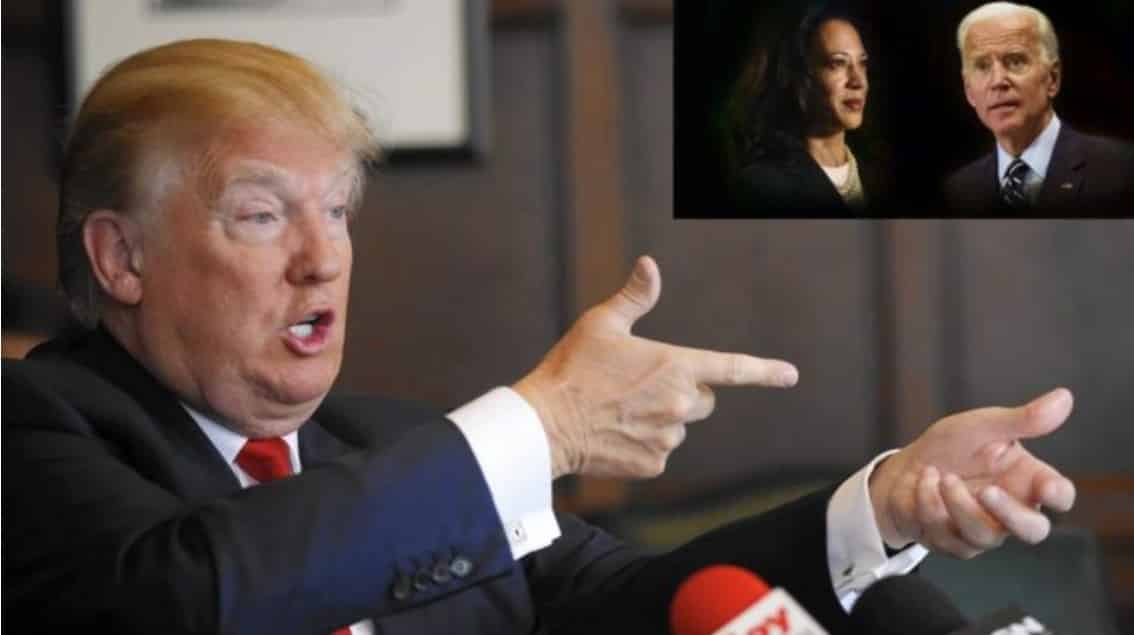 Published on VT by orders of the US DOJ per letter dated November 18, 2020, guaranteed to be true (by the DOJ)

President Trump has amended federal execution rules to allow death by firing squad, and has ordered that Joe Biden and Kamala Harris receive this ultimate penalty once the election is overturned in his favor following the Supreme Court’s decision on the massive voter fraud that overwhelming evidence proves has taken place, and contingent upon a military tribunal in which Biden and Harris will be tried for treason. This has sparked rumors regarding Kamala Harris’ mysterious disappearance subsequent to election day.

Harris’ disappearance is noteworthy – with her being the former top prosecutor in California, she knows America’s federal laws about fraudulent elections and treason, and also knows the grave significance of Attorney Sidney Powell having just revealed her evidence proving 10-million votes were stolen for Biden.

The claim that President Trump is going after traitors were also confirmed this week by retired US Army Major Jeffrey Prather, founder of the Warriorschool, that since 1995, has trained the US Army, Marines, Navy, Air Force, and Coast Guard special forces, as well as most US federal law enforcement agencies such the FBI, DHS, US Marshals and Border Patrol.

In an interview with Natural News, Prather laid out how President Trump, the Department of Defense and acting Defense Secretary Christopher Miller were going to defeat Deep State traitors and save America from the attempted coup.

“Confirms that multiple raids on the servers of vote rigging systems were conducted, in three countries…Confirms that the NSA has hard evidence on treasonous actors, and that this evidence is likely being leveraged by Trump’s people…Confirms that Trump can use the NDAA, combined with the Sep. 12, 2018 Executive Order, to declare domestic treasonous actors as “enemy combatants”…Says that the DoD and patriots inside the DIA have everything they need to defeat the deep state…Says Trump will be President on January 21st…Warns that the transition from information warfare to conventional (kinetic) warfare may happen very soon…Warns that the left-wing backlash against Trump’s victory will result in bloodshed that cannot be avoided”.

This is a developing story…