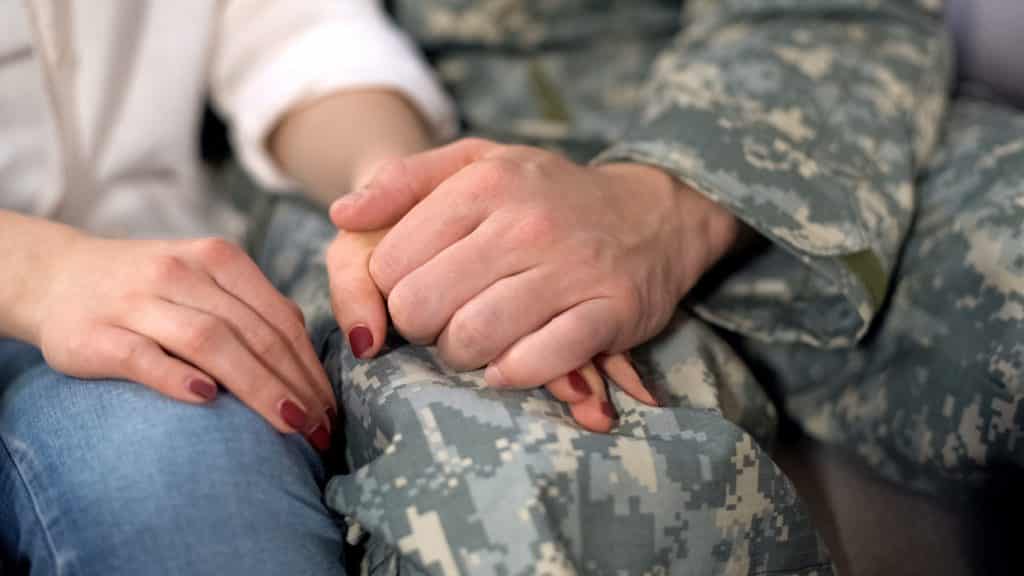 In many aspects, a military divorce in Texas can be as simple or complicated as a civilian one, depending on the couple’s ability to communicate and negotiate. Military couples also must decide on property division, debt allocation and spousal support, as well as child custody, visitation schedule, and child support if a couple has minor children together.

How easy or difficult your divorce is going to be is completely up to you and your spouse’s willingness to resolve all divorce-related issues before going to trial (which happens in case of a contested divorce). If you hired a prenup attorney in Houston tx you may find it to be easier. If both spouses do not contest the fact of getting divorced and the terms of the dissolution of their marriage, the divorce proceedings in Texas can be as brief as the state laws permit for an uncontested divorce.

On the other hand, a divorce in Texas for military couples may take longer if active members of the military get deployed during the divorce proceedings or have established residency in a different state. Because of military benefits, a military divorce in Texas should not be taken lightly and handled thoughtlessly. Therefore, you may require legal consultation. In case of lengthy marriages, divorcing military couples are advised to consult a knowledgeable and experienced attorney in the area of USFSPA (US Defense Finance and Accounting Service) and military pension division.

Protection from Military Divorce In Texas

Under 2010 US Code Title 50 Servicemembers Civil Relief Act (SCRA) Sec. 251 all military personnel are protected against default judgments in divorce proceedings. In civilian divorce proceedings, if the respondent fails to file an answer or appear in court after being served with the divorce papers, the petitioner is entitled to request a default divorce where he or she is granted whatever was asked in the divorce petition.

If a military couple opts to file for divorce in Texas, the spouses are required to have lived in the state for at least 90 days. According to Texas Family Code Sec. 6.301 “General Residency Rule for Divorce Suit,” either divorcing spouse must be either (1) a domiciliary of this state for the preceding six-month period; or (2) a resident of the county in which the suit is filed for the preceding 90-day period.

To put it another way, if a military family has established a permanent residence in Texas for over half a year, OR if they have stayed in the state for at least three months, they have the right to file in any county of their choice. If, however, a military couple from Texas is currently deployed away in another state or country, they are advised to consider a different state to file for a divorce.

However, in case of an uncontested divorce, the spouses of active-duty members are allowed to file a waiver affidavit for the court to proceed without the respondent. The respondent should sign a Waiver of Service and thus waives their right to be served the divorce documents in person. In Texas, waiving service saves a military couple a service fee and time and effort. If both spouses are cooperative, a military divorce in Texas can go uncontested.

For civilian and military families alike, Texas law handles all property division claims in divorce proceedings under community property laws equally owned by each spouse. It means that whatever marital property the spouses acquired throughout their marriage (real estate, bank accounts, investment interests, furniture, jewelry, etc.) is split in a “just and right” manner. Meanwhile, the property acquired by each spouse before the marriage or as a gift/inheritance is considered separate property and is not subject to division during the divorce proceeding.

As for military benefits, federal regulations are applied in Texas military divorces. Under the Uniformed Services Former Spouse Protection Act (USFSPA), former spouses can be entitled to a share in retirement benefits of their military spouses as soon as they meet eligibility requirements. Only after 10 years of marriage AND 10 years of creditable military service military spouses are entitled to a share in the military member’s retirement benefits according to federal laws.

Military divorces can get particularly complicated specifically because of the division of military benefits. For this reason, divorcing military couples are strongly advised to consult an experienced attorney specializing in military divorces.

Texas courts may award the military spouse to pay maintenance (spousal support in Texas) to the non-military spouse if the latter lacks sufficient funds to survive (including the value of the separate property) and is currently unable to earn a living:

(1) due to a physical or mental disability; OR

(2) due to the length of the marriage over 10 years during which the requesting spouse was a homemaker and now lacks the ability to earn sufficient income to provide for themselves; OR

(3) due to being a custodian of their child with a physical or mental disability that makes it impossible to make a sufficient income (See Texas Family Code § 8.051. Eligibility for Maintenance).

If a military spouse is ordered to pay both child support and maintenance, the total amount of both payments cannot exceed 60% of a military member’s pay and allowances.

Divorce in the Military with Children

Submitting a Parenting Plan is obligatory in any divorce in Texas. In all aspects, a military parenting plan must address all the same divorce-related issues a civilian parenting plan does, such as providing the children of the divorced parents with a stable and safe environment and quality time with both parents. Either on their own or with the court’s help, the parents will agree on the terms of a written parenting plan with such clauses as the child’s residence, visitation schedule, vacations and holidays, education, medical care, etc.

Texas is a no-fault state where divorcing spouses can get divorced without putting anyone to blame for the dissolution of their marriage. If you feel not like blaming your spouse for a divorce, you cite insupportability as a ground for divorce (See Texas Code – Family Code – Chapter 6, Sec. 6.001).

At the same time, Texas provides fault-based grounds too. You can choose from cruelty, adultery, the conviction of a felony, abandonment, living separate and apart for three years, or confinement in a mental hospital (See Texas Code – Family Code – Chapter 6, Sec. 6.002-6.007). Mind that each fault must be proved with substantial evidence to the court.

Filing for Divorce in the Military in 6 Steps

Step 1. Eligibility for filing in Texas. Make sure you or your spouse meet the residency requirements. If you have lived in the state at least for three months, obtain the court forms for an uncontested divorce.

Step 2. Fill out the forms. Follow the detailed instructions and complete the court forms. Keep all documents in two copies. You will file the original with the court, keeping one copy for yourself and serving the other copy on your spouse. Some forms must be signed in front of a notary.

Step 3. File the divorce papers. Take the completed forms to a local courthouse and file them with the court’s clerk. Pay a filing fee of $300.

Step 4. Serve your spouse. Now you should arrange the serving of the divorce papers on your spouse. Usually, petitioners hire a sheriff or a professional process server. However, in the case of a military divorce, it can be more difficult. One option is to hire an attorney specializing in military divorces. However, if you’re having an uncontested divorce, your spouse can sign a waiver form and thus waive off their special legal protections against a default divorce.

Step 5. Wrap up all your documents preparation. Use a 60-day waiting period to settle down custody, support, and property division and sign a settlement agreement.

Step 6. Attend a hearing. At a scheduled date, come and answer the judge’s brief questioning. If the paperwork is in order, the judge signs the final decree. You will get two certified copies of the decree by mail.