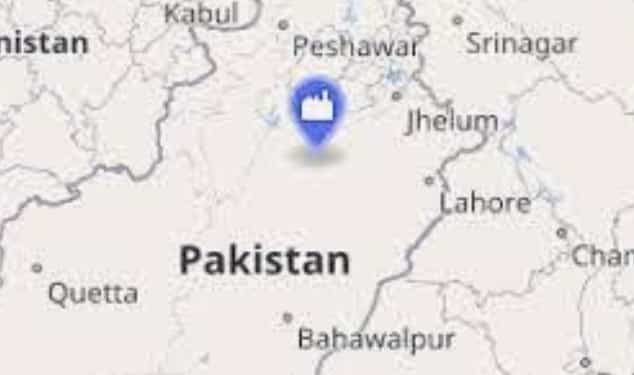 Pakistan has successfully begun the process of fuel loading at the 1100 MW K2 unit at the Karachi Nuclear Power Plant (KANUPP). If all goes well three more reactors will be commissioned in Karachi and one at Chasma.

For Pakistan, this is a big success. Despite being kept out of the Nuclear Suppliers Group and preferential treatment being accorded to India Pakistan has done this with assistance from China. The fact that this plant is jointly fabricated by China and Pakistan indicates high technological standards Pakistan has achieved in peaceful use of nuclear technologies.

This means that Pakistan has catapulted towards Hybrid 4th generation Power Reactors that are more efficient, safer, easier to shut down in disasters like Chernobyl and Fukushima and smaller per output. The technology is duel use for propulsion of ships, ice breakers and nuclear submarines. So for the future, Pakistan will keep options open.

Pressurised Water Reactors (PWRs) were initially designed to serve as nuclear propulsion for nuclear submarines and later adapted to power production. Most operating in the world are 2nd Generation by USA, Russia, France and Japan. France is operating many 3rd Generation reactors but the one by Pakistan is significantly advanced in technology.

To recap, nuclear fuel in the reactor pressure vessel is engaged in a fission chain reaction (bombardment of neutrons in controlled environments), which produces heat. Through the thermal cladding, this highly pressurized water is prevented from boiling at a very high temperature. It remains a liquid despite reaching a temperature up to 315 °C under 2250 PSI. This water slows neutrons in the reactor core and carries away heat. When this very hot water passes through the heat exchanger through hundreds or thousands of small tubes, the secondary water instantly turns to steam propelling turbines for power generation. This heat transfer takes place without mixing the two fluids, shielding the secondary coolant from becoming radioactive. After passing through the turbine the secondary coolant (water-steam mixture) is cooled, condensed and collected in a reservoir. This is pumped back into the steam generator after heating.

Fuel loading is a process prior to commissioning a High Pressurised Water Reactor. To build the reactor core, enriched uranium dioxide powder is fired into a high-temperature, sintering furnace. This creates hard, ceramic pellets of enriched uranium dioxide. These pellets or rods are clad in a corrosion-resistant zirconium metal alloy backfilled with helium to aid heat conduction and detect leakages.  These are then assembled into the main reactor core. The Reactor is then ready to go.

These reactors are more economical in use of Uranium (15%) and safer due to highly pressurized water running around the main core. They are far more advanced that Chernobyl Ukraine and Fukushima Japan and current 3rd Generation being developed world over.

Because of the compact and safe design, this hybrid of 3rd and 4th generation technology revolutionises the propulsion of nuclear powered ships, ice breakers and submarines.

Though these projects had been undertaken a decade ago, fuel loading indicates that Pakistan has reached a very advanced stage of commissioning this reactor. This will be followed by more reactors, providing the country cheap electricity for its development.

Mastering the technology will help Pakistani scientist in developing small propulsion units for marine use in ships and submarines.

While Pakistan used the Uranium-Plutonium route for its military and civilian use projects, India embarked on the ambitious Thorium Based cycles in view of its depleting Uranium resources. For a long time Indian scientists tried extracting Plutonium isotope of Thorium through these fast breeder reactors. Slow Indian progress provided crucial time to Pakistan to catch up and build its technologies.

India has been making advances in the field of thorium-based fuels, (518,000 tonnes) in the form of monazite in beach sands, as compared to very modest reserves of low-grade uranium working to design and develop a prototype for an atomic reactor using thorium and low-enriched uranium. The long-term goal of India’s nuclear program has been to develop an advanced heavy-water thorium cycle. The first stage of this employs the pressurized heavy water reactors (PHWR) fuelled by natural uranium which produce plutonium incidentally to their prime purpose of electricity generation. The second stage uses fast neutron reactors burning the plutonium with the blanket around the core having uranium as well as thorium, so that further plutonium (ideally high-fissile Pu) is produced as well as U-233.  In 2017, India Approved 10 New Pressurized Heavy Water Reactor Nuclear Units. India’s government has given the state-owned Nuclear Power Corp. of India Ltd. (NPCIL) the green light to develop 10 new domestically designed pressurized heavy water reactors (PHWRs).

India is also facilitated in imports of low enriched uranium through the nuclear supplier group to move towards Light Water Reactors. The Kudankulam Nuclear Power Plant Facilities are the first of 3rd Generation light water reactors in with Russian assistance. These mostly belong to the old vintage and technologically not at par with the latest Hualong One facility in Pakistan.

For a third World developing country, the achievement proves that state of art technologies and their advancements can only be achieved through government run institutions. Pakistan Atomic Energy with its well spread industry, production facilities running under the three services of armed forces, aircraft and tank factories, state of the art communication facilities and missile programs are all state run on minimum budgets. They provide a capacity and capability to Pakistan’s Defensive Deterrence, that the national economy does not keep pace with. Pakistan Automobile Corporation, Pakistan Steel, Pakistan Railways and Pakistan International Airlines are all projects that showed promise but fell victim to mismanagement, greed and corruption is a lesser disciplined and badly controlled environment.