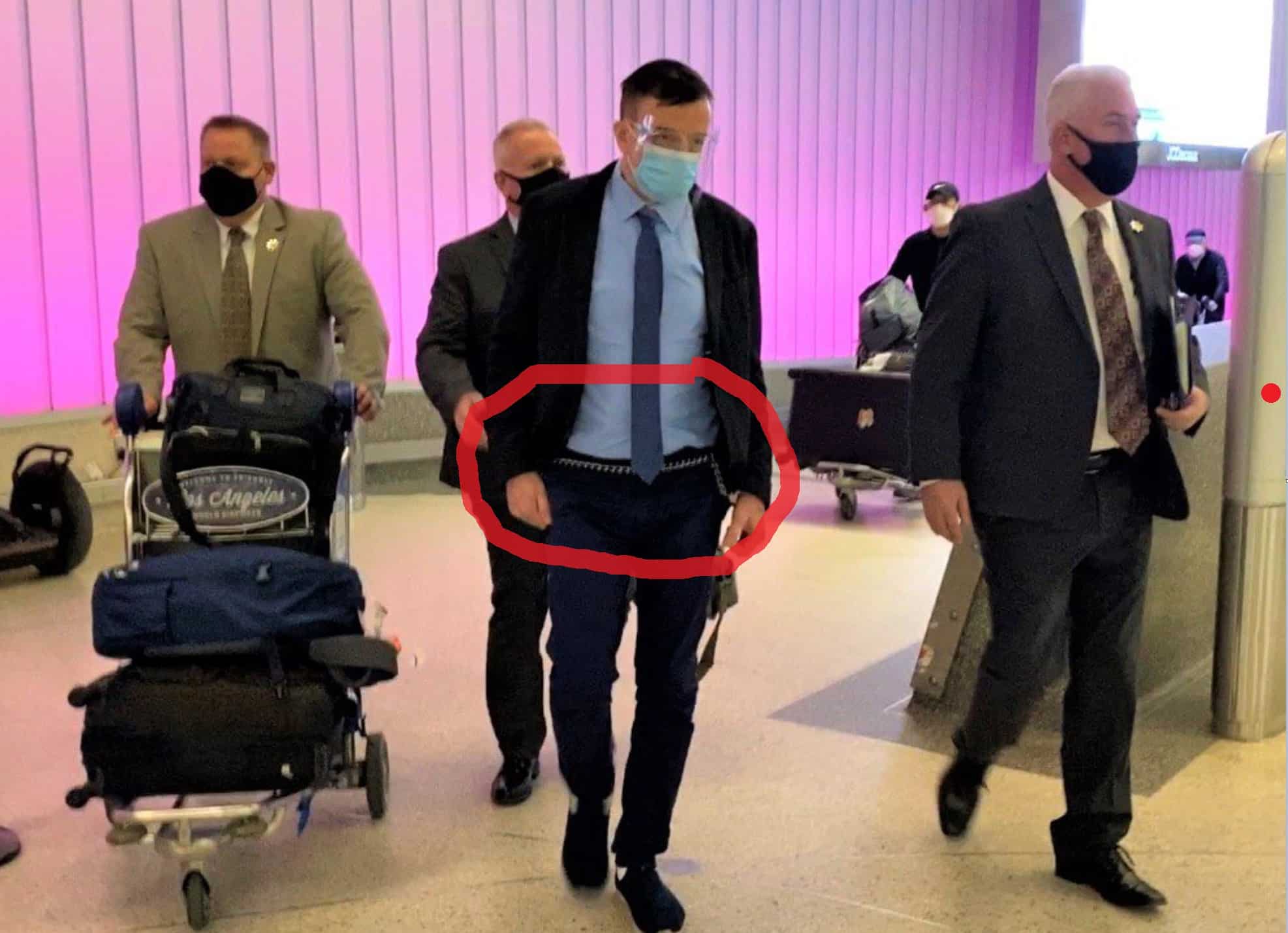 VT: When a California doctor, just arrested after fleeing to the Philippines, was under investigation for bribing a hospital board to help him steal $40 million, he turned to the Mossad for help.  He hired Psy Group, who worked for Trump rigging the 2016 election.

"In August of 2016, the CEO of Psy Group met secretly in Trump Tower with @DonaldJTrumpJr , Erik Prince, and pedophile George Nader to pitch his social media services in an effort to aid Trump. After the election, Nader paid the CEO Joel Zamel a sum of $2,000,000."

#PREVIOUSLY: Last May, we learned about ANOTHER Trump Tower meeting in 2016, arranged by Erik Prince.

Psy Group is under FBI investigation, which started with Mueller’s Russia probe, for its role in operations across GOP/rural America piling on millions of fake Trump votes, something VT sources says was done in 2020 as well.

Criminals hired Israel Psy-Ops firm to fool Californians about their thefts by smearing whistleblowers and critics, setting up bogus groups backing the criminals and hiding the criminals' attempt to deceive voters https://t.co/6nd70qGYRr

There are no poll watchers in rural America.  When a recount was requested by Trump for Wisconsin, it specified that regions where Psy Group worked were not to be examined.  Same in Michigan where Psy Group operated in areas that voted at up to 130% doing exactly what the GOP is claiming the Dem’s did.

“The Office of the District Attorney coordinated with Benzeevi’s local counsel and federal officials at the American Embassy in Manila, Philippines, for his self-deportation and…” pic.twitter.com/AnCrAcATY3

The truth?  As best we can tell, Trump may have not broken 60 million votes.

Didn't Psy Group also interfere in our 2016 election (along with the Kremlin)?

The smoking gun that ties Israel and Russian intelligence to the 2020 election is here in Tulare, California and this one very public screw up.  The GOP vote rigging operation, using the Mossad, would have been secret otherwise except for greed, our Israeli brothers (very competent security personnel) made the mistake of taking on a medium time thief as a client when they used their GOP/Trump methods like a howitzer at a butterfly.

EXCLUSIVE: The Israeli intelligence company Psy Group is under criminal investigation in the US. The probe was launched by a DA's office in California in concert with the FBI after a local businessman hired the firm in 2017 to win a local election. https://t.co/jy3na7TIKJ

Caught, the story of how Trump’s Mossadist election riggers stooped to help a simple thief in a local recall election:

From the New Yorker:

Inside an effort to influence American elections, starting with one small-town race.

The recall was a clear threat to Benzeevi’s hospital-management business, and he consulted a law firm in Washington, D.C., about mounting a campaign to save Kumar’s seat. An adviser there referred him to Psy-Group, an Israeli private intelligence company. Psy-Group’s slogan was “Shape Reality,” and its techniques included the use of elaborate false identities to manipulate its targets. Psy-Group was part of a new wave of private intelligence firms that recruited from the ranks of Israel’s secret services—self-described “private Mossads.” The most aggressive of these firms seemed willing to do just about anything for their clients.

In recent years, Psy-Group has conceived of a variety of elaborate covert operations. In Amsterdam, the firm prepared a report on a religious sect called the Brunstad Christian Church, whose Norwegian leader, Psy-Group noted, claimed to have written “a more important book than the New Testament.” In Gabon, Psy-Group pitched “Operation Bentley”—an effort to “preserve” President Ali Bongo Ondimba’s hold on power by collecting and disseminating intelligence about his main political rival. (It’s unclear whether or not the operations in Amsterdam and Gabon were carried out. A spokesperson for Brunstad said that it was “plainly ridiculous” that the church considered “any book” to be more important than the Bible. Ondimba’s representatives could not be reached for comment.) In another project, targeting the South African billionaire heirs of an apartheid-era skin-lightening company, Psy-Group secretly recorded family members of the heirs describing them as greedy and, in one case, as a “piece of shit.” In New York, Psy-Group mounted a campaign on behalf of wealthy Jewish-American donors to embarrass and intimidate activists on American college campuses who support a movement to put economic pressure on Israel because of its treatment of the Palestinians.  read more…