[ Editor’s Note: Trump’s grifter legal team continues to stuff their Christmas stockings full of Trumper donated cash and laughing all the way to the bank. And in a way, who could blame them.

When is the last time we saw 10 to 20 million people like the Trumpers so willing to be duped and separated from their money, despite the pandemic? They would have been better off putting it into the Covid battle, but that was a bridge too far for them.

What has surprised me is that there seems to be no judge imposed sanctions for bringing a patently bogus case. And no, I am not in ‘meanie Jim’ mode here. I have seen most all of the cases in the past week denied right off the bat for ‘lack of standing’.

One would think that with a central group coordinating these filings and the huge Trump campaign legal bill being generated, they could at least find legal talent that could point out when they do not have standing to file, laying that all out to the Whitehouse team, speaking slowly and not using any big words.

But as I have already written, winning might not be the real goal here. It appears to be another two-fold one. The first is to keep the ‘legal defense’ funding flowing in, $170 million at last count, and the lawsuits all fail, have the Trumper community all whooped up to back a 2024 Trump campaign that will start up after Trump moves to Florida.

I can see a situation where if the anticipated prosecutions for his past deeds proceed, the Trump election steal for 2020 will morph into a new 2024 election steal by attempting to put him in prison where his family might even be able to visit him on site, living in the cell next door.

There is a minimum-security Federal Pen in North Carolina that has a 9 hole golf course. But I am not sure if the housekeeping included diapers.

The Trump team did make a shift today. It wants its angry supporters to head for the Georgia Senate elections polls. Last I heard, a million absentee ballots had already gone out. But if the Dems should pull a miracle out of the hat what do you think the odds are for claims that the Dems stole the election? … Jim W. Dean ] 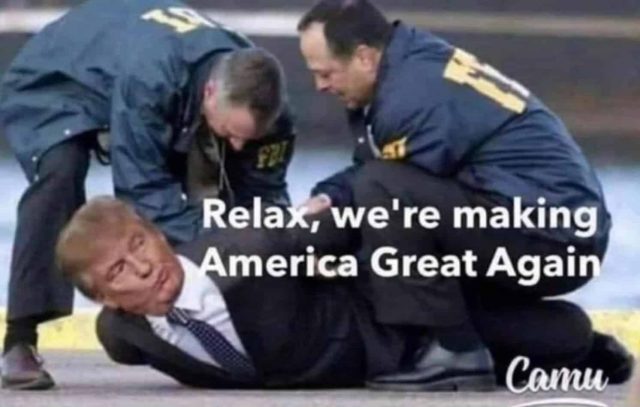 “In fact, this lawsuit seems to be less about achieving the relief Plaintiffs seek—as much of that relief is beyond the power of this Court— and more about the impact of their allegations on People’s faith in the democratic process and their trust in our government,” Detroit-based U.S. District Court Judge Linda Parker said in a written ruling.

“With nothing but speculation and conjecture that votes for President Trump were destroyed, discarded or switched to votes for Vice President Biden, Plaintiffs’ equal protection claim fails,” wrote Parker, an appointee of President Barack Obama.

Even if their claims had merit, she added, “alleged injury does not entitle them to seek their requested remedy because the harm of having one’s vote invalidated or diluted is not remedied by denying millions of others their right to vote.”

“They want this court to substitute its judgment for two-and-a-half million voters who voted for Joe Biden,” Batten said, calling it perhaps the most extraordinary relief ever sought in an election lawsuit. “And this I am unwilling to do.”