Guardian: While the police in Fort Worth, Texas, ransacked Nelda Price’s home, an officer directed her to put her hands together – as if she were praying – so he could restrain her with zip ties.

“I told him, ‘I am praying. Because I don’t understand why you’re here, and I don’t know what this is about,’” Nelda told the Guardian. 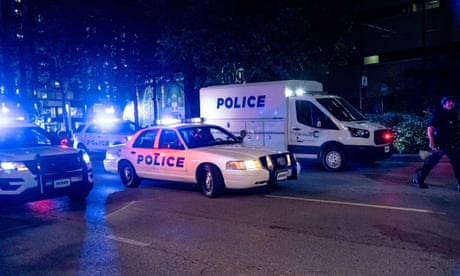 On 11 March, she and her husband John, both Black and in their late 60s, had been chatting in the dining room, dressed for bed, when a noise interrupted them. Nelda’s first instinct was to get up and investigate, but after John thought he heard gunshots, he pushed her to the floor.

Fort Worth police have still not said why #NeldaPrice and her husband John, who died weeks later, were restrained in their pajamas. https://t.co/ID57wV7lYu

By the time they looked up, Fort Worth police had already broken through their iron gate and were storming the front door, guns drawn. Without any explanation, the officers demanded that John and Nelda put their hands up, then took them outside for questioning.

In a traumatic spectacle that lasted hours, about 20 or 30 policemen loudly tore through the Prices’ belongings as emergency vehicles swarmed the block. The elderly couple waited outdoors in their pajamas and nightgown; after asking several times, Nelda was finally allowed to grab a sweater.

No one would answer any of the Prices’ questions about what was happening, even as several officers pointed out red flags that their colleagues had targeted the wrong people. Police refused Nelda’s pleas for John’s medication – until his blood pressure spiked so high that they called an ambulance.

Once Nelda and John were allowed back inside, they discovered a search warrant lying on the dining room table, allegedly connecting them to methamphetamines and narcotics trafficking.  read more..